Why I Love... The Kindness Of Strangers 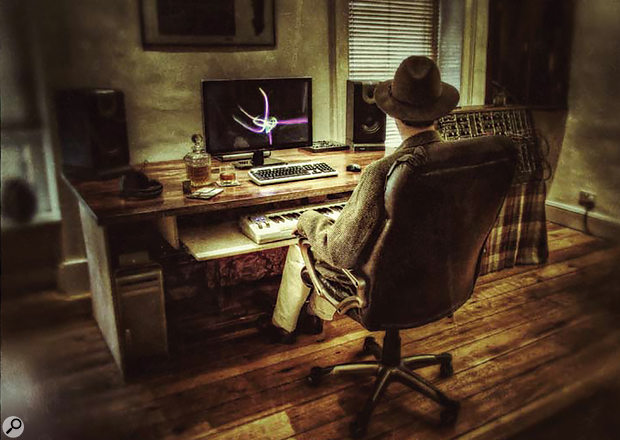 Summer, 1980. A shy 18-year-old with little direction in life, I moved from South Shields to Cardiff [UK], drifting in search of purpose. One Saturday, I went to a free day of music at Grassroots Community Coffee Bar. There, in the back streets of the city, I saw unsigned bands creative and new, playing live.

In those post-punk days, it was considered weird to like electronic music. But the new electronic sounds of the '80s were dazzling, a nascent music I could identify with. And here, on a tiny stage, youngsters like me were playing it.

I was enthralled by Young Marble Giants. They became well known through BBC Radio 1's John Peel show, but at the time they were just a trio of likeable kids. We got chatting, and the friendly organist recommended the keyboard shop around the corner. "You need to go upstairs, that's where the real synthesizers are!" Little did I know that climbing those steps would change my life.

I stepped into a room of fearsomely impressive machines with angled panels, endless controls, little flashing lights and awesome sounds. I was mesmerised. Near the synths sat a young customer, impeccably dressed, bright-eyed and articulate. He was trying out a drum machine. He noticed my interest and invited me to see the Boss DR‑55 Dr Rhythm. His name was Steve Howell.

Steve told me that he had an 8-track home studio he called Hollow Sun, with an ARP Axxe, a Roland SH‑2 and a string machine, and that he was recording an album he hoped to sell on cassette. I admitted that I knew little about electronic instruments, and Steve said, "I'll show you!"

The following week I returned to that shop, bought a Korg MS‑10 and a Dr Rhythm, and a whole new life began.

That's how we spent the afternoon, ingenuous kid and ingenious synthesist sharing an interest in new instruments and new music. Steve gave me his time that day, he was good-humoured and made it fun. He showed me how synthesizers work and how to create sounds. He taught me about patching modular synths and clocking sequences from the DR-55. He showed me how to use a multitrack recorder, mixer and effects. I had never done anything like it before; it was magical.

The shop closed, Steve and I parted with a vague "see you". I never met him again — life took us to different places — but the following week I returned to that shop, bought a Korg MS‑10 and a Dr Rhythm, and a whole new life began. I became a part of Cardiff's vibrant music scene, I played in bands local and national, and recorded with them. We gigged around Wales and London, we played sessions on local radio and recorded in the finest studios. I enrolled in the Newcastle School of Music as one of the country's first students of Music Technology. I opened my own studio, recorded advert soundtracks, mixed theatre sound and live bands. I made lifelong friendships around the world, and one day one of those friends gave me a cassette album he thought I'd like: Waveforms by none other than Steve Howell.

Years later, Yahoo forums brought us back into contact. We chatted online, and Steve remembered our afternoon in Cardiff's piano shop. Sadly, a few months later, Steve passed away, missed by everyone who knew him.

I still play his Waveforms cassette, and I always encourage interested people to make music, just as Steve did for me. He was my friend for an afternoon — I wish it had been for longer, but it was enough to be given a great gift. With his kindness, enthusiasm and his love of music technology, he changed my life immeasurably and forever for the better.