Why I Love... Imperfections 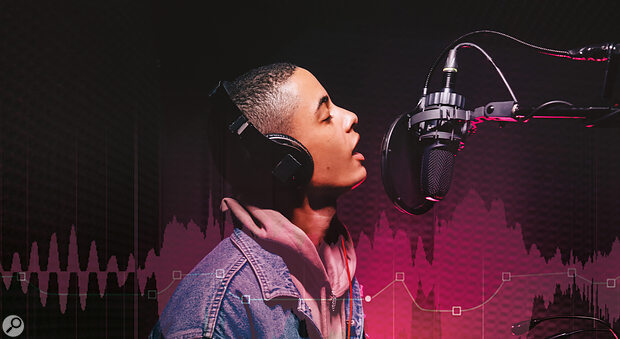 'To err is human’ is half of a proverb taken from An Essay On Criticism by the poet Alexander Pope. The other half of the proverb is 'to forgive, divine'. Pope’s words were written about the behaviour of writers and critics in the world of literary commerce, over 150 years before the advent of sound reproduction. Nevertheless, they parallel attitudes to the mistakes, flaws and other manifestations of human involvement found in the performance, recording and presentation of music, and the deliberations behind the decisions to eliminate, include and at times celebrate them.

Enrolling on York St John’s Music Production course in 2015 was my first step on the path towards becoming a producer. Obsessed with the idea of achieving ‘perfection’, and blindsided by the seemingly infinite possibilities that the DAW offers, I felt obliged to record each instrument in isolation, map my drums to the grid, and tune every lead and harmony vocal to within an inch of its life. Although I succeeded in my aim of creating a production that could be considered ‘technically perfect’, it became apparent that these recordings lacked the same energy and feel as those that I aspired to.

After sharing my frustrations at my first semester end tutorial, it was suggested by my tutor, Russ Hepworth‑Sawyer, that I read Phill Brown’s autobiography, Are We Still Rolling? As well as introducing me to future favourite albums from the likes of Murray Head, Robert Palmer and Talk Talk, this highlighted two things: the importance of capturing an emotive, compelling performance, and that imperfections are common in recording, whether they were triggered by the limitations of the equipment and recording environment, or the innate imprecision of human performance.

Feeling inspired, I set up an initiative with a fellow student that we dubbed Chapel Sessions, using the campus chapel, a Grade II listed building with admirable acoustics. Taking advantage of 16 Focusrite inputs and a mixture of the university’s and our own microphone collections, we then advertised the chance for local and touring artists to record a live one‑take, high‑quality video session for our YouTube channel, allowing me to experiment using the same methods as my recording heroes.

Free from the reign of a click track and headphones, solo artists embraced minor blemishes such as pitch issues and string scratches, whilst judicious microphone placement saw spill turned into ambience; a number of performances even featured birdsong from the adjoining ‘garden of tranquility’.

Free from the reign of a click track and headphones, solo artists embraced minor blemishes such as pitch issues and string scratches...

The decision to perform headphone‑free liberated bands and ensembles to focus on their collective, rather than their individual, performances. Mistakes that would have undoubtably been fixed by anxious musicians when overdubbing were overlooked. Irrespective of their genre, the terminology of the musicians changed, and words such as ‘energy’ and ‘feel’ became prominent when describing what they deemed the ‘perfect’ take.

Whilst I understand that there’s no cookie‑cutter process to follow, and this approach may not work for every musical style, I encourage every budding recordist to try this approach at least once in their career. Perhaps you’ll love it like me, or maybe be repulsed by it. One thing is certain: after doing so you’ll think twice the next time you reach for Melodyne or Beat Detective.