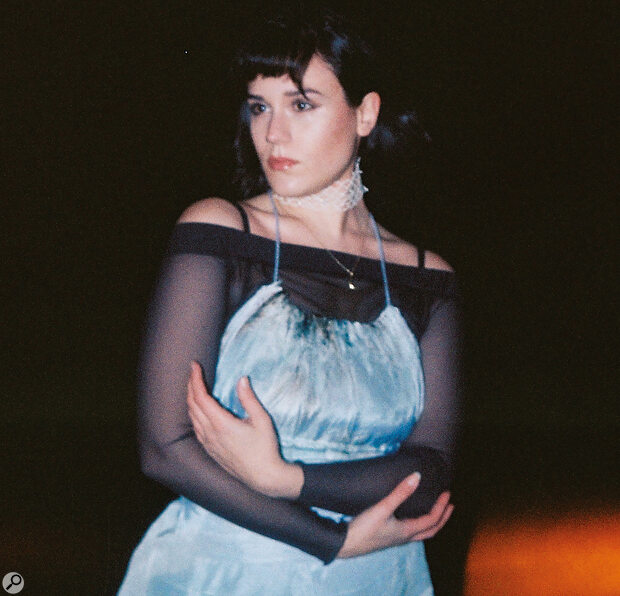 Malena Zavala has released two well‑received records with London‑based indie label Yucatan. Her cross‑cultural synth‑guitar pop combines English and Spanish lyrics and makes accomplished use of Latin rhythms. Based at her own studio on the outskirts of London, she relocated to Madrid for the Covid‑19 lockdown but returned to the UK to begin production on an as‑yet‑unannounced new body of work.

This is a weird question, because recently I purposefully haven’t listened to anything, for a good six months. At least, I haven’t purposely been like, “Oh, I’m going to check that out!” with anything. I think it’s related to burnout. Sometimes when I’m working on music, or when things aren’t really going my way in terms of writing or whatever, I can become quite overwhelmed and tired with music. If I’m doing music all day, trying to write or produce, I just don’t want to listen to any any sounds! I often get tired, just listening to sound. And I just want to put earplugs in. To have no hearing for a while! Yeah. But I feel like that’s maybe psychological, maybe part of the trauma attached to being an artist.

I can be quite all‑or‑nothing. Either I’m not listening to any music or I’m completely obsessed with one artist. And it can be quite bad, because I then start trying to copy them and it comes out in my own music! And then it isn’t really me. Like, a while ago it was Jai Paul. I was really obsessed with that album, last year. At one point it was Rosalía, the Spanish pop star. She’s got really cool production!

I look at what preamps and compressors they have. And the desk, straight away. Those are the things that really need to be right. If you’ve got good preamps then the sound is going to be great. And everything else, kind of, doesn’t really matter. I mean, it obviously matters, but... I got this from people like Sylvia Massey. It’s like, if you have a home setup, you can have cheap Yamaha monitors, you can have whatever keyboards. But the one thing you should spend a lot of money on is preamps.

Right now my ride‑or‑die preamp is a Rascal Two‑R, I think it’s called. It’s a small, boutique company — I think they used to work for Neve? But it’s cheaper than a Neve. It’s a Neve‑type preamp. The most creamiest shit ever! I put, like, everything into it. It makes synths sound so creamy. It adds... I don’t know what, but it adds a warmth. A mesh. A technical term there! It just makes everything sound incredible.

Lucas, my brother. We’ve always gone for the same things in life. And we’ve both gone into music. We’ve always had a really great taste relationship, where we’re always showing each other music. But it’s mostly him, he listens to a lot of music. And he’s constantly showing me stuff. He shaped my taste — the foundation of my taste — so I was then able to go off and do my own things. We’re currently working together, in a co‑production capacity. He’s now doing film composing while I’m focusing on my own project. He’s obviously a massive music production nerd. And he’s basically the one who teaches me everything. But at the same time, he’s also my brother. He can sense reasons why I may be lost or confused about things. So, I may be working on a track and he’ll come in and be like, “Oh, you’re letting this advice from someone else get to you too much.” Or, “You’re overthinking this part.” He is really good at breaking down the reasons why my brain can’t figure something out! So it’s a really good partnership. He just nudges me, in the right directions.

I think Currents by Tame Impala is great for reference. That album is really well balanced. All of its sounds and the tones mesh together so well. It’s just a really good balance of frequencies.

Something that I’ve been working on recently is a more minimal approach. I think, before, in my production, I tended to layer a lot of sounds because I thought that layering sounds would make new sounds, but oftentimes it would oversaturate frequencies and parts would be fighting. I’ve learned that actually, if you create one sound for each frequency band, it gives so much space for each instrument, or part, to breathe. And I feel like the Currents album does that really well, where it’s not heavy, it’s super listenable. And obviously, through production, you’re trying to translate a feeling and an emotion. I think that album does it really well. Each part is allowed to have so much space.

Don’t take it too seriously. I think, when you enter a creative process, you’ve got to really open your mind and allow yourself to just try stuff out. It’s important to have a goal in mind. But it’s also important for that goal to be able to change. Because ultimately, a song needs to tell you where it is meant to go. So you need to be in a mindset where you’re allowing that natural process to happen. And that means you’ve got to be easy‑going, you’ve got to be patient, especially if you’re working in a team or with someone else. You’ve got to allow people to express their ideas. There needs to be a really open space with no judgement. Someone could have an idea, and in your head you might say, “No, that’s not my original plan, I’m just gonna push that away.” But if you just allow that idea to happen, it could actually become something really great and something that elevates the track. So yeah, that openness to try stuff out is super important.

I really would like to have been there for Feist’s Metals album. Oh, yeah. She did that in, like, a house or something. That sounded cool! Yeah, she does super interesting stuff. Like, all the tones in her music are really interesting, it has influenced me to experiment with things that I wouldn’t ordinarily do. Like, how she puts the vocal through the dirty amp. Stuff like that. That gives a part soul. It’s really interesting.

Malena Zavala: "A song needs to tell you where it is meant to go. So you need to be in a mindset where you’re allowing that natural process to happen."

Timbaland. Yeah. His beats are sick! When it comes to production, my main focus is getting the drums right. Writing a sick beat and groove! And Timbaland is literally the best. He’s written a lot of pop songs in my life. Recently I have been listening back to like the ’00s. And the pop music actually slaps! Especially people like Nelly Furtado and Timbaland. That shit is so good. Definitely, in the past couple years, I have been taking a leaf out of Timbaland’s book. Because his drums are all super organic and distortion‑y. It’s like more of a rock, or ‘alternative’ sound, but he’s putting it to pop music. Especially with the Nelly Furtado album. Those drums are so good. So yeah, I’d love to track with him.

The production part. I generally write and produce at the same time. And this may be bad sometimes, but I often do the production first and then I do the lyrics after — last thing. More recently I’ve been doing it at the start, because I’ve been told that the song actually is the most important thing. But I think as a producer, I naturally tend to be like, “Oh, I’ll put a guitar part here! And then a little swishy thing here!” And my brain is going along with that, when I really should be focusing on the structure or the lyrics. But yeah, I love production and the arrangement part.

I don’t really do demos. The producer Gareth Jones says, “We don’t make demos, we just make music.” What’s good about having a studio at home is that, as you write the song, you’re recording it with the gear that you would use anyway. So I’m gonna be using my ribbon, my preamps… and I’m going to try and get the perfect take then and there. And it might stop the flow, but not really. Because when I record, I am not precious about it. If I get the guitar take on the first go, I’ll maybe do two more takes but I’m not going to waste my time doing 26 takes. Because I hate comping. So I’d rather just like, do it! And then that’s it. That’s the take. Yeah. I don’t do demos!

A lot of things have happened over the last 10 years that have shaped me to be the person who I am, the way that I approach my career. I’ve learned: be open to everything. But also, approach your career with assertion and determination. And that’s it. Just go for it.