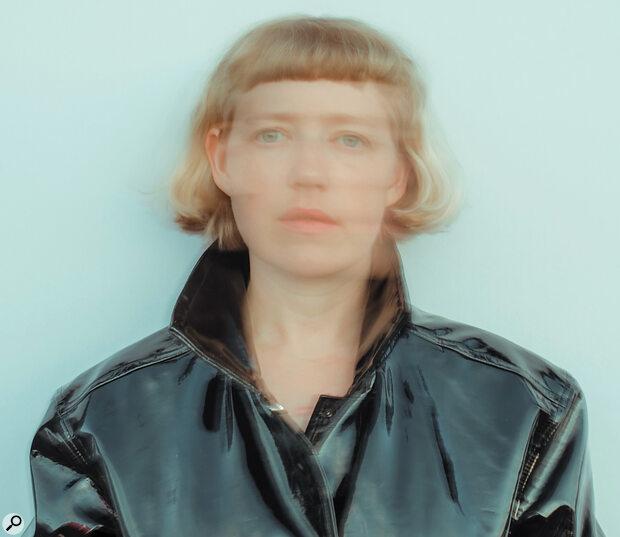 Sea Change is the moniker of Norwegian producer and singer Ellen AW Sunde, whose ethereal music borrows from club culture as much as it does from ambient and experimental soundscapes. “I started to sing early in age, and studied music and singing. But after a while I realised how hard it was, telling someone else what to do when I was the one who wanted to write songs and record them,” she recalls. “So, I decided I needed to learn to do it myself. Then I realised how big of a world it is, how interesting it is and how fun it is to sit in the studio and work with music. And to be able to fail! No one is listening, so you can do whatever you want to do!”

Sunde relocated back to the Norwegian coast just before the Covid lockdown came into effect, and enlisted the co‑production and mixing skills of Scottish‑Norwegian producer Andrew Murray Baardsen to produce the third Sea Change album Mutual Dreaming. It came together quickly and intuitively, she says, compared with hard‑wrought preceding albums Breakage and Inside, “My third record is the easiest I’ve made, if that’s OK to say,” she says. “Mostly because I wasn’t afraid of making it.”

An artist who is new for me is Chris Stussy, who has some really interesting things going on. Also an artist called Aurora Halal. She’s really awesome. I stole the title Mutual Dreaming from her — it’s her record label! Her live set is really cool. It’s a deep techno thing, a little bit psychedelic sometimes. Right now I’m in the process of making a DJ set, so most of what I’m listening to now is for that. A lot of house, also some techno. I’m kind of new to DJ’ing, so I’m trying to define my own space in there. It takes some time. When I’ve been DJ’ing before it’s very much been house music! I live in a pretty small town called Kristiansand. At least, it’s smaller than a big city! Some friends and I have just started up a club concept, because there’s not much happening in that area. That was one of the reasons I got into DJ’ing. It was like, “OK, if no‑one is going to DJ then I’m going to have to do it! I’m just going to learn it!”

I think it’s my project. Just, all of my records. I’m super proud of all of them. Maybe Inside, the record before this one, most of all. It was a hard time leading up to it and it was hard to make, but then it felt like I was crossing a border when I released it. I’m still super proud of that record. I think it’s a really good one!

Well, the first impression for me is important: the Feng Shui of the room. Are there any plants there? The general vibe. But also I definitely go and check the synthesizers out. I don’t know a huge amount about synthesis but it’s always fun to see what they have lying around. I don’t own that many synths. I have a Korg MS20 which I really love. There’s so much to learn, with the patchbay and everything. But I mostly use soft synths, which I find to be easier, for me. Now I’m starting to get to know the Analog Rytm from Elektron. That’s going to be something that will play a role in my next release. I produced this record with a guy called Andrew Murray, who has some really nice synths. One of them is the [Oberheim] OB‑6, which is just... wow! Nothing sounds like it!

I’m actually taking a master’s degree right now, in electronic music. My supervisor is someone called Jan Bang, who is a Norwegian improvisational guru. He is absolutely amazing, I think. He had quite a successful record some years ago. Initially you think that the only thing he does is improvisation, this very out‑there stuff, but then you realise he’s just done so many different things. He just knows so much, about every musical genre, and I think it’s so cool the way he can talk about things. He’s also very knowledgeable when it comes to the philosophical aspect of making music and art. Someone I’ve always been a fan of is Karin Dreijer Andersson from the Knife. They also have a solo project: Fever Ray. I don’t know them, but I know they’d be a good mentor to me. They’re older, they’ve been in the business for a while... that would be interesting. I think they’re amazing.

I don’t know if this goes without saying, but I think it’s the idea that it has to be so extremely technical. Of course, you have to know something about the technical aspect, but producing can mean so many things. For me it’s really about diving into a composition, into sound design. It doesn’t have to be all about what preamps you’re using or what compressors, or all those things. I realise a lot of people think that stuff is really interesting, but it doesn’t have to be so technical.

One song that comes up every now and then is a Daniel Avery track from the album Song For Alpha, called ‘Slow Fade’. What he does with reverbs on that track is really interesting. The space — it creates a strange vibe, somewhere between hip‑hop and techno. It’s very well mixed and well produced. I guess I like space. I like to use a lot of different reverbs.

Is my laptop a boring thing to say!? OK, I’ll say the Elektron Analog Rytm MkI. It’s so nice to make beats on. I tried the MkI out as much as I could, and then they brought out the MkII, so I bought the MkI! Instead of starting out with Ableton in MIDI it’s nice to do something more tactile. Which is harder, in a way, because I know how to do things in Ableton. And now I have to learn something from scratch... that can be frustrating but also it can give another perspective on what you’re making.

Sea Change: I’ve always had a hard time saying what I think, when it comes to professional things. I think that if I’d done that more and not been so afraid of hurting people, it would have made everything so much easier for myself and also for the people around me.

I think the Elektron Monomachine, which I tried to buy but then I realised it had been discontinued about a week before. I was calling around, asking people if they had it, but everywhere was sold out! It slipped through my fingers! It’s actually something used by the Knife a lot, and I wanted to achieve that kind of digital‑sounding soundscape.

It would be interesting to do something with Arca. Someone totally different to myself. Or Oneohtrix Point Never. It’s so far away from what I’m doing, but I think it would be an interesting merge. I think it’s fascinating, how those artists’ music is digital but it’s also... humanised. It’s hard to explain it. Of those two, probably Arca. Her music is super experimental but also super melodic and emotional as well. It’s very interesting.

Don’t listen too much to what other people are saying. Follow your gut feeling. Don’t be afraid of saying when something doesn’t feel so good. Be open! I’ve always had a hard time saying what I think, when it comes to professional things. I think that if I’d done that more and not been so afraid of hurting people, it would have made everything so much easier for myself and also for the people around me. It’s hard to be disagreeable, but I think that it’s something you have to do, if you really want to do this. It’s so important to feel like you know what you’re doing, and that you’re happy about the decisions that are being made — to help you grow and be the best you.

I’ve definitely got so much more confidence now, to say what I feel. You don’t want to be the annoying person, but sometimes it’s better just to say it. And to be more disagreeable. Make more friction! It’s better! But that’s definitely something I’m still learning to do.