Why I Love... Adversity 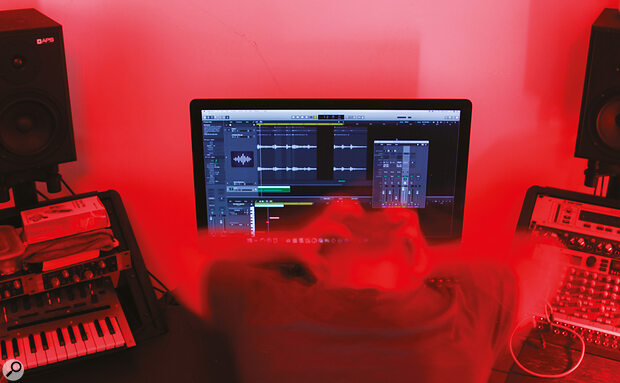 To me, an adversity is a misfortune that exists somewhere between a catastrophe and a nuisance. It can be frustrating, infuriating, distressing, even scary. But I love the fact that a setback forces me to question and freshen the way I’ve been doing things. And I’ve come to trust that, should adversity strike, something good will come of it.

In 2016, a pinched nerve in my neck resulted in the loss of the use of my left hand. That destroyed my ability to form chords and compose on the guitar, and, despite the plethora of alternate tunings available, I couldn’t imagine writing song after song by strumming or picking a single chord with my right hand.

After the initial shock, I took two steps: (1) I signed up for physiotherapy, and (2) I searched for a new way to play guitar. I soon heard about RealGuitar, a wondrous virtual acoustic. Suddenly, I could write songs again.

RealGuitar was only the beginning. I quickly discovered how broad and deep and magnificent the virtual instrument world is. It’s a world — a universe — I began accessing with a MIDI keyboard controller, which let me do everything I needed to with just that right hand of mine. (Thankfully, after three months of physio, my left hand came back to a state of usefulness. Which meant I could play my controller with my right hand while using my left to raise a cup of coffee to my lips.) So, because I lost the use of my left hand for a while, I found an exciting and satisfying musical path that I’ve now been on for years, which takes me on wonderful creative journeys every day.

Because I lost the use of my left hand for a while, I found an exciting and satisfying musical path that I’ve now been on for years...

Another example: long before the left‑hand incident, I was unceremoniously downsized from full‑time employment — twice in six years. The second time (in 2000) was the best, although I was the father of two young children and didn’t immediately have a clue how I was going to earn a living from that moment on. About a month later, I decided I didn’t want to risk the gone‑at‑the‑whim‑of‑a‑boss thing again and chose to never return to working for someone else. Having been employed in radio since our 20s, my wife and I started an audio marketing communications agency, which eventually saw us creating corporate podcasts for organisations such as UK Trade & Investment. At that time, client budgets weren’t huge, but I’d recently come across the Cool Edit DAW (predecessor of Adobe Audition). It held exciting possibilities, and with it I learned to produce those corporate podcasts myself at home. Arguably best of all, working with Cool Edit made it relatively easy to transition to Pro Tools in 2011, when it was recommended to me as I returned to my first audio love: making music.

So, being downsized that second time steered me to learn how to work with a DAW, which led to a 20‑year run as the co‑head of an award‑winning agency and then to having great control of the creation of my music. Starting a business also resulted in the emergence of James the Entrepreneur, a role that still serves me well in the DIY milieu that is music today.

I don’t wish for adversity. But if (OK, when) it occurs, I’ll keep believing that, no matter how negative it might seem at first, somehow the calamity will lead to something good. Something really good.

James Keith Norman’s latest album Love In Times Of War was produced during the COVID adversity with his wife and creative partner, Beck Norman.