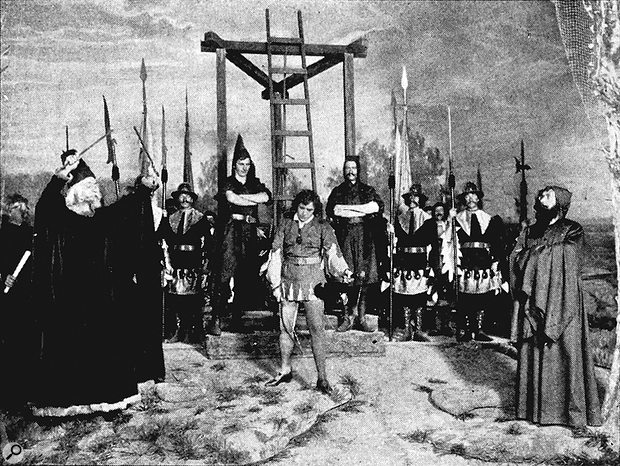 “So you’re saying that as a deceased musician with the possibility of joining the undead hordes, I will actually have more rights over my music than I do now?”

Who benefits from wordy and expensive contracts in the world of music for media? Not the musician, that’s for sure.

In amongst the 38,000-word Terms and Conditions document that you carefully read and agreed to before signing up to Amazon.com you will, no doubt, have noticed Paragraph 57.10. This specifies that if you buy any lumberyard materials from Amazon, you aren’t allowed to use them in any nuclear facilities or for manned space travel, except in the event that there is a “widespread viral infection transmitted via bites or contact with bodily fluids that causes human corpses to reanimate and seek to consume living human flesh, blood, brain or nerve tissue and is likely to result in the fall of organised civilisation”.

So, from a legal point of view, you will have already accepted the zombie apocalypse as a contractually binding, possible outcome, and any planks of wood you may have purchased online can only be used to build a spaceship to escape the planet once the dead walk the Earth.

Two years ago, the Law Society put the number of lawyers working in the UK at 140,000 — a 15,000 increase compared with just five years earlier — and for the jobbing media composer, this is a mixed blessing. The density and complexity of even the simplest music contract (drawn up by a lawyer) means that it needs to be looked at, appraised and checked over by, obviously, another lawyer. I’ve written in the past about the mind-boggling complexity and length of even the most basic music commissioning agreements. I’d like to think that I’m of average intelligence and attention span, but I genuinely struggle to make it through more than a few sentences of any legal text before glazing over and hearing the theme tune to Power Rangers in my head on a continuous loop.

A basic commissioning agreement, in essence saying “You write the music for this and we’ll pay you such and such,” can run to several thousand words. Then there is usually a publishing agreement, whereby the company employing you demands to be part owner of the music in return for giving you the gig (a practice that is illegal, by the way, and as such is a completely normal industry procedure), which can go on for pages and pages and pages. And what’s best is that, in the majority of cases, the legal departments of the companies contracting you are so overworked they usually don’t issue draft contracts until you’ve completed the job — often months later, long after the project has been finished and broadcast — rendering the entire process farcical. And this process happens for every new composing job you undertake.

The nonsense flows both ways, too. All contracts usually contain a guarantee that you have had a lawyer look through the contract and explain it all clearly to you before you sign it. The cost of even half-decent legal counsel to go through an average music commissioning and publishing agreement plus a couple of amendments would be close to £1000 each time, sometimes more than the value of the gig itself. Is it possible that I’ve unwittingly signed contracts in the past giving a TV company access to my kidneys in the event of a senior manager needing a transplant? Could I have overlooked a sub-clause allowing a broadcaster to put my children to work in a Chinese uranium mine in the event of the pilot episode not getting commissioned? Of course I have, and so have you. But what does it mean?

We are being drowned in a verbose legal quagmire, and the people filling up the swamp are the same ones offering their services (plus the VAT) to help guide us through to the other side. Nice work if you can get it. I have no idea what the outcome of this all is. Perhaps we just need to learn to trust one another a bit more? Either that or sit back and await the zombie uprising.