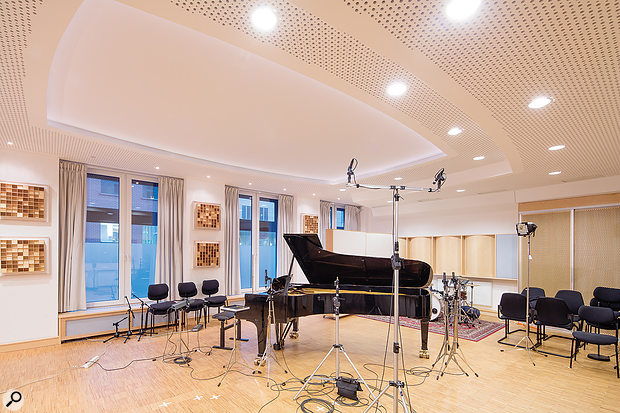 Not many recording studios can boast a history more than a century long. And although Emil Berliner Studios are no longer located in their original site, their story is inseparably linked to some major milestones in the history of recording.

In 1898 Emil Berliner, the German-American who invented the gramophone and the gramophone record, founded Deutsche Grammophon as a subsidiary of the British Gramophone Company, the oldest record company in the world. The label was recognised as one of the leading record companies in the world for classical music, and although the company were merged into Polygram in 1972 and later Universal Music Group in 1998, the label remains active under the same name today.

For all of this period, the record company had an in-house production and recording department. After World War II, this was restructured and rebuilt in Hannover by Peter K Burkowitz, who also designed the REDD.17, the predecessor to all EMI recording desks. In 1995 the company moved all production facilities into the purpose built Emil Berliner Haus, but 12 years later a change in business strategy meant the different production units were outsourced. After a management buyout, the company’s previous recording centre became an independent company named Emil Berliner Studios. For the next two years, operations continued in the Hannover premises under tonmeister Rainer Maillard, the head of engineering. However, this location no longer seemed ideal, so the studios were relocated to Berlin only two years later. 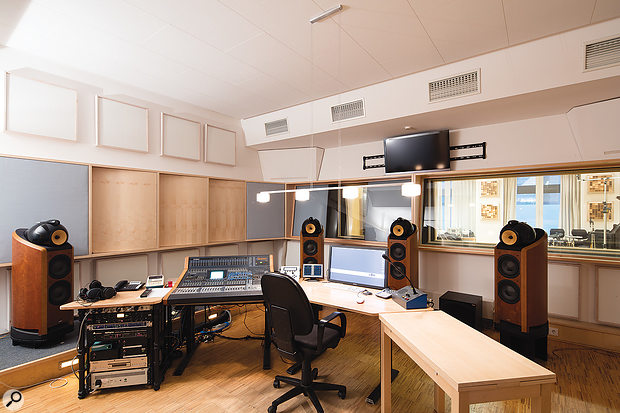 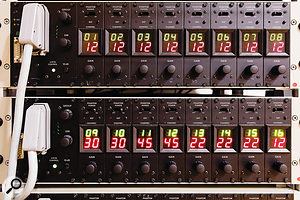 These custom-designed Deutsche Grammophon remote mic preamps reside in the live room.After extensive remodelling, the new Emil Berliner Studios opened in Berlin in Spring 2010, in the same building on Köthener Strasse that is home to the legendary Hansa Studios (SOS June 2012) and the 1913 Meistersaal concert hall, made famous as the “great hall by the wall“ thanks to David Bowie’s ‘Berlin Trilogy’. The building, only a few steps away from Potsdamer Platz in the centre of Berlin, is still owned by the Meisel family that founded Hansa, and the new Emil Berliner Studios have tie lines and direct access to the Meistersaal hall — an important asset bearing in mind Deutsche Grammophon’s reputation as a classical music label. 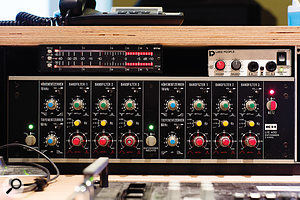 When they first moved to Berlin, the Emil Berliner team mostly recorded on location, moving their four portable and fully independent recording rigs into concert venues all over the world. However, as Rainer Maillard points out, more and more classical venues own their own recording equipment these days, and, in turn, Emil Berliner’s remote rigs become less and less important. Luckily the same cannot be said for the company’s engineers and engineering expertise — on the day of our interview, Maillard had returned from a recording assignment in Philadelphia. Today, half of the team’s recording activities take place abroad, and the other half in their own facilities.

Classical music still plays a vital role in the company’s activities, but as a recording venue for acoustic music, Emil Berliner Studios have broadened their spectrum to cover jazz and film soundtracks as well as pop and rock music.

The Emil Berliner premises include a 100-square-metre live room equipped with a Steinway Model D piano as well as two control rooms measuring 40 and 25 square metres. Here, the focus is laid on capturing the activities in the live area, with a technical setup that includes a Yamaha DM2000 desk, an enormous microphone collection and a large number of proprietary Deutsche Grammophon mic preamps, designed by the in-house R&D team. 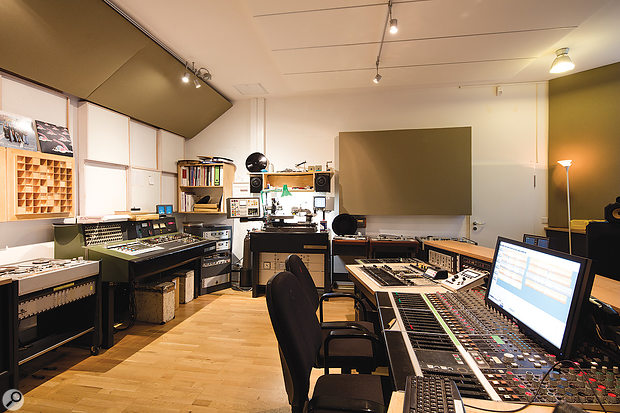 The jewel in the Emil Berliner crown is the Analogue Suite, home to vintage Deutsche Grammophon and Polygram consoles among other rare equipment. 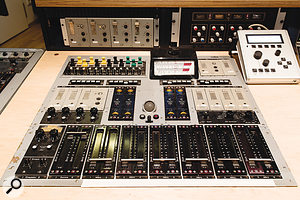 Based around V72 modules, the Deutsche Grammophon mixer was commissioned in 1957.The studio also boasts the Analogue Suite, a 50-square-metre, multi-purpose studio equipped with some of the finest gear available to mankind. Centrepiece of the studio is a 16-channel portable Deutsche Grammophon console based on V72 modules, which was commissioned in 1957 for remote recordings, joined by a discrete 36-channel Polygram console from the ‘70s.

There also is a Neumann VMS80 cutting lathe as well as a staggering array of tape recorders, including several Studer A80s (one of which is configured as a one-inch, eight-track recorder), a valve-based Studer C37 and a Studer A812. Analogue and digital outboard includes Lexicon 480L and 960L reverbs, a Quantec Yardstick, a two pairs of Telefunken/TAB V76s valve preamps and U73bt Germanium limiters, and a Klein+Hummel UE400 EQ. 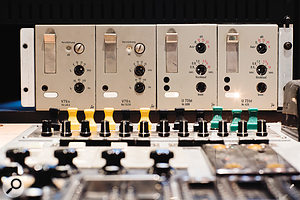 V76s preamps and U73bt limiters also date from the ’50s.Workstations include Pro Tools, Pyramix and Wavelab with CubeTec plug-ins, and with such a powerful setup, the studio can fulfil numerous roles: as a control room to the Meistersaal and Emil Berliner’s own live room, as a mix room, as a mastering studio, for remastering of historical projects and for vinyl cutting — and sometimes, for practically all of these purposes at the same time.

One of Emil Berliner’s specialties is direct-to-disc recording, where the performance of the ensemble is cut onto lacquer as it is made: when the final notes in the live room have died out, the record production is already finished! 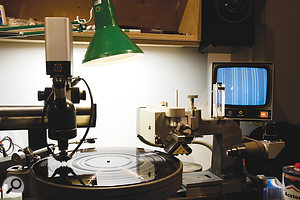 The Neumann VMS80 vinyl cutting lathe.Rainer Maillard founded a record label called Berliner Meister Schallplatten (“Berlin master records“) to promote this concept, which has already reached the upper echelons of classical music. In 2014 the Neumann lathe was temporarily moved to the Berlin Philharmonic to capture a performance cycle of all four Brahms symphonies played by the Berlin Philharmonic under Sir Simon Rattle. Released as a limited-edition vinyl box by Berlin Philharmonic Records just a few weeks before this article went to press, the project has already gained a lot of interest around the world.

Through the ages, the team behind the former Deutsche Grammophon recording unit and Emil Berliner Studios have been responsible for some of the greatest classical recordings ever made, most of them captured on location; but since the Berlin premises opened, many notable artists have used them, including Anna Netrebko, Placido Domingo, Rolando Villazón, Lang Lang und Anne-Sophie Mutter, along with Sting, Elaiza and Paavali Jumppanen.