As many will agree, good record production is often about creating an immersive listening experience, where the listener is only aware of the music and is not aware of the ‘production’. As Jim Anderson pointed out in a 2009 AES lecture, to achieve this goal the production needs to be “so compelling and transparent that the listener isn’t aware of any manipulation”. This means that good production, in being transparent, might therefore be considered invisible. 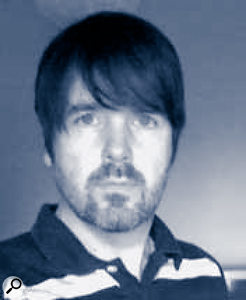 Unfortunately, when something is invisible, often the means by which it was produced go unnoticed and perhaps themselves become rendered invisible. Consider the invisibility of production in press reviews of music releases. As Paul Tingen pointed out in his 2013 piece on Daft Punk, “music press reviewers rarely comment on production,” and I would add that it would seem production often only gets commented on when things are technically incorrect or someone does not agree with the aesthetic of the presentation.

If good production and the means of good production often go unnoticed, then that creates a number of ‘invisibles’ that have contributed to the process and production of the music. There is the ‘invisible’ technique of course, and the producers themselves are also often ‘invisible’. Ever found yourself raising a particular successful producer or engineer in conversation, only to have to name their credits in order for someone to take any interest in what you are discussing? There are of course a few producers that have become household names. Some for being unique, such as Sir George Martin, or controversial, like Phil Spector. But there are many who are not household names.

It’s always great to see the artists I work with getting some recognition for their work and it’s excellent when they contact me to let me know they have had a review somewhere. For instance, a recent email alerted me to a very positive review, in a well-known and respected music press magazine, of an artist’s release which I had worked on. I always hurriedly read reviews of work I have been involved in, but as discussed (and as many have experienced), album reviews rarely mention the production. The review in question was no exception. It is as if the production was not there... invisible! All that hard work unrecognised.

However, another recent example was contrary to the norm and this particular artist, knowing me and my minor ‘non-recognition gripes’ on this matter, contacted me.

“Hi mate, had a great review of the album. They even said ‘well-captured’... That’s you, innit mate?” Two words in a fairly lengthy review, but at least some recognition!

Otherwise, the production, in my experience, goes unnoticed by reviewer and sometimes even by the client/artist. That is except, as asserted above, when the produced and presented aesthetic is disagreed with or there is a technical issue with the production. As Alan Williams pointed out in his article on film sound, “Spectators do not notice ‘good’ mixing, aural perspective, sound edits, and so on, but they are painfully physically aware of ‘bad’ execution of these techniques”. Williams gives the example of films which have been poorly overdubbed, but the same could probably be said for music production.

For instance, when Metallica’s acclaimed self-titled album was released in 1991, Adam Sweeting, writing and reviewing the album for The Guardian, discussed the change in direction the album presented fans of 1988’s ...And Justice For All. Although the sonic differences between the two albums are well recognised in production circles, Sweeting’s discussion focuses on the musical arrangements of the songs. He wrote: “Metallica’s new album features slivers of melody and several songs that might make it onto pop radio.” In 2008, the same newspaper published an article on the Death Magnetic album which began with the line, “Metallica’s new album isn’t awful — it just sounds awful.” The article did not refer at all to the band’s compositions on that album, only to the highly compressed aesthetic of the production.

It might seem that if production does not get mentioned in press reviews or via feedback from a client, then all is good. Maybe no news is good news.

Although I don’t think we as producers can be complacent, I guess all we can really do is just get on with the next project, ensuring that we make our contribution as invisible as possible. We’ll hear back if it’s not!