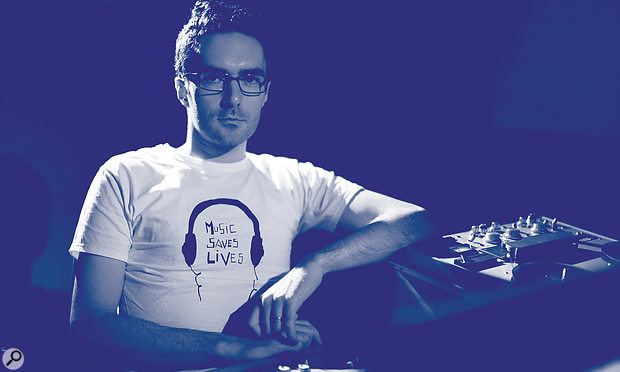 The tyranny of distance is real, and many musicians want to overcome it.

Remote Music Collaboration Software (or RMCS) has undergone multiple incarnations over the years, as pointed out by Mark Wherry in his rather bleak ‘Sounding Off’ article concerning this issue. Sound On Sound readers will be familiar with some of the news concerning products by emerging software manufacturers in this field, as well as mainstream companies trying to capitalise in this area.

My interest in remote collaboration, though, stems from my desire to work with people who can complement my songwriting or musical skills. Another aspect is the sheer joy of working with others collectively, which breaks the loneliness of long studio hours that are typically faced by electronic music producers. In the last two and a half years I’ve been documenting the above-mentioned issues in a project-led PhD investigating music crowdsourcing, remixing and jamming in the cloud, with a focus on platforms such as Audiotool, Blend and Ohm Studio. As a result, I feel compelled to provide a different perspective in this field.

It’s true that the emergence of Web 2.0 puts present-day RMCS in a setting where collaboration and dynamic content creation are encouraged. Another staple of the contemporary landscape is the notion of online communities and the ease with which we can tap into them. The idea of a community of musicians waiting out there to engage in experimenting and jamming is, to me, the most attractive aspect of working with RMCS.

Online collaboration among musicians is real and my conversations with the makers of Ohm Studio and Audiotool reveal that by the end of 2014 the former had 80,000 users and over 150,000 projects, and the latter a staggering 650,000 users and 200,000 projects.

Another encouraging fact, perhaps helping to drive musicians to use these platforms, is that there are no financial barriers to getting involved — in many cases access is free of charge.

So who is RMCS for? Surely for people who already know each other, but due to geographical distance can’t meet face to face. More interestingly, and perhaps more revolutionarily, it’s a useful tool for finding new collaborators and ‘creative crowdsourcing’. I have tried both approaches and found them to be efficient and not too difficult to implement. For example, a while ago, I uploaded a draft of a new project to Ohm Studio as I needed help with the song’s structure and instrumentation. I eventually spent numerous hours working on the project with a colleague from the US I had recently met, who brought a new perspective and a bunch of interesting outboard gear that I wouldn’t have had access to.

I am often amazed by the generosity of online communities associated with RMCS. People who I sometimes know only by their nicknames provided very valuable musical input to several of the songs that I worked on. During my sessions, particularly in Ohm Studio, which allows synchronous collaboration, I often had to say to collaborators that I might need to go to sleep as our work extended into the late-night hours of my GMT+10 time zone. How astounding it was then to hear that in their location it was already early morning and they had spent the whole night working with me on the project.

Sure, there are a few things to improve. I have found Ohm Studio public and private chat rooms to be a key tool in establishing and nurturing creative relationships. And I wish other RMCS manufacturers would implement such functionality. An ultimate version of the chat should also include video, something that’s currently unavailable in any of the platforms that I’ve worked with. There is also a bit of a genre bias. For example, it can be hard to work on EDM projects on Ohm Studio and even harder to find collaborators for ambient projects on Blend. The list could go on, but we’re dealing with an ever-changing environment and there are fairly regular updates to these platforms.

My experience has taught me that there are plenty of people out there keen to collaborate remotely who don’t mind if it’s happening in the virtual space, and really RMCS just needs to enable us to get even more out of it.

When not working on music for his projects Philosophy Of Sound, KOshowKO or Iubar, Martin Koszolko is teaching sound production and researching remote music collaboration.