Sounding Off: Messing With Meter

We all love a good plot twist. The subversion of expectation can make a lasting impression, whether it’s a movie, TV show, or the latest page-turning novel on the bestsellers list. And when it comes to music, composers have a host of tools to keep the listener on their toes. While key changes and timbre switches handle much of the heavy lifting in creating the element of surprise, sometimes nothing is more effective than a well-thought-out meter change. 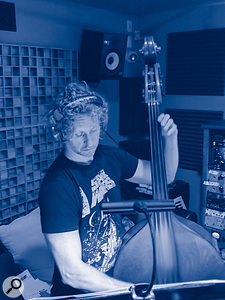 If you take a look at the manuscript of a film score, you’ll likely see dozens of meter changes: a beat or two can be dropped or added to fit the music with the action on the screen. Plus, an added benefit of changing up the time is the ability to disrupt the predictability of the music. It’s as if our ears naturally want to hone in on a pulse and when that pulse unexpectedly deviates, we experience an emotion like uncertainty, tension, or even anxiety.

But in the world of pop music, where the grooves are front-and-centrecenter, it’s more difficult to make meter changes without killing the feel.

In pop and rock music, odd time signatures generally fall into two categories: songs that remain in their less-than-conventional meter throughout, and songs that, for only a section — or even one measure — depart from a standard time signature.

One of the best examples from the first category is Pink Floyd’s ​‘Money​’. Most of the song is in 7/4. You can think of it in a few different ways: It’s like it’s in 4/4 except it loses a beat at the end of every second measure. Or you can also hear it as a bar of 4/4 and a bar of 3/4. What ‘​Money’​ accomplishes that many odd-timers don’t is that it has a seamless groove to it. It doesn’t shock you each time the expected last beat isn’t there. The groove naturally falls into the sweet spot, producing a hypnotic feel.

Then there are songs whose groove straddles the line between sounding natural and feeling jarring, such as Led Zeppelin’s ‘The Ocean’​. Unlike ​‘Money’, listeners may need a few bites at the apple before they can sing along to this 4/4+7/8 tune. The first time I heard it I actually thought my record was scratched. The bass line in ​‘Money’​ lets you know where you are. It holds your hand through the counter-intuitive section of the measure. In ​‘The Ocean’, however, Zeppelin make no attempt to help you get your bearings; if anything, they make it ​more​ difficult. Even so, after a few listens, the unique pulse starts to make sense.

For the second category of pop music odd time signatures, where the unconventional meter is slipped in, the example that comes to mind is Blondie’s ​‘Heart Of Glass’​. The dropped beat (creating a 7/4 measure — or 4/4+3/4) occurs at the instrumental section about two minutes in. What makes this little twist even better is that it only loses a beat in the first half of the section. When the background vocals come in at 2:14 the groove is back to 4/4. You’ve got to admire that restraint! I’ve always unfairly assumed that the members of Blondie were themselves confused by this alteration and needed drummer Clem Burke to set up the change with a very “here is where the beat is” snare hit.

In a similar vein, The Bee Gees’ ​‘Jive Talkin​’ plays loose and lazy with the time signature in the instrumental section. This one is harder to get your head around. It’s a 7/4-type groove but the melody doesn’t conveniently work around it. If you think of it as a measure of 3/4 followed by a measure of 4/4, the missing beat is in the middle of the phrase, not the end.

Once you get an ear for noticing these lost beats, you’ll start to hear them everywhere. And next time you’re working on a song that needs a little subtle excitement, consider dropping some beats. The result might surprise you!

David Ricard is a two-time Emmy-nominated composer whose OCD only allows him to keep his beats in groups of four.