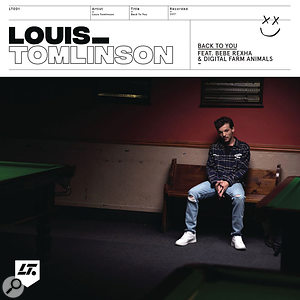 One of the challenges with sparse and upfront electronic arrangements is giving them a sense of ‘air’ and cohesion. With recordings of acoustic instruments, the subtle background noises of the performer, recording environment and electrical components all help signal your mix’s high-frequency extension, irrespective of how bright the instruments themselves are, and these noise components also have a psychological gluing effect, almost like a subtle application of global ambience reverb. It’s little surprise, then, that many modern electronic productions deliberately incorporate audible noise components that in other genres might be frowned upon from a technical perspective. This song, for instance, lays on the noise pretty thickly right from the outset, with some kind of stereo vinyl crackle underpinning the introduction, and combining with what sounds like other noise elements that follow the envelope of the main synth sound. The latter may just be baked into the synth recording, but it’s also conceivable that they’ve been separately side-chain modulated somehow — whichever it is, they add a welcome additional sense of atmospheric movement to the track.

But what’s more ear-catching about this particular song is how the noise character changes for different sections. Notice, for example, how its timbre becomes significantly hissier for the second verse’s male vocal than it was for the first verse’s female lead, and how the middle-section (2:00-2:10) suddenly features much less high-frequency noise content, providing a more closed overall tonality that contrasts nicely with what happens either side of it in the timeline. Now I’d like to think this might have been premeditated, because I think it works rather well on a near-subliminal level, but I suspect it may actually be a simple side-effect of the vocal recordings, rather than anything more intentional. Certainly, the shift in the background noise halfway through the pre-chorus doesn’t seem to make as much sense to me as it does elsewhere in the arrangement, and coincides with the switch between two vocalists at that point. Mike Senior 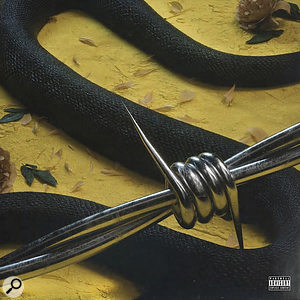 Now, I often talk about the issue of mix translation in this column, in other words how well a production’s musical and sonic content carries over onto different playback systems. Usually the concern is whether any important musical elements suffer in one listening situation or another, but in this production what interests me most is how the core commercial aspects of the production (namely the beat and the vocals, along with the chordal pad that provides the harmonic context and general atmosphere) remain robustly audible in practically any playback situation, but that each listening situation nonetheless offers its own unique rewards too, almost like little Easter eggs for specific subsections of the fans.

Hi-fi or car-system listeners with enough hardware muscle to plumb the spectral abyss will doubtless appreciate the 27Hz depth-charge that drops in the middle of each hook section (0:30, 1:42, and 2:54), as well as in more restrained form elsewhere. Although that’s naturally lost on headphone listeners, they get much better value out of the ping-pong hi-hat pattern and cool stereo widening effects at 2:24-2:35 and 3:12-3:36, both of which make more of an impact without the inevitable interchannel crosstalk of stereo speakers. Mono small-speaker listeners don’t come away empty-handed either, though, despite missing out on the low-end physicality of the bass and losing some fullness of tone during those widened sections, because a centre-heavy mid-range focus highlights lots of interesting background effect tails and sound-design elements that otherwise rather fall into the shade of the bass and percussion. Furthermore, it feels quite natural to turn up the volume more when the bass is absent, and that only helps draws those elements further out of the listening environment’s background noise floor. So this is one track that’s definitely worth listening to on different systems if you’ve only experienced it one way so far. Mike Senior 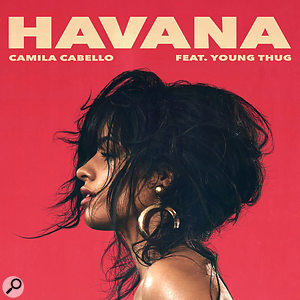 Beyond the cool reverse-reverb effect preceding the vocal entry at 0:07, the thing that caught my attention here was the vocal arrangement. Partly it was just the variety of textures presented, from the basic centrally panned lead vocal with its tastefully automated background delay effects, to the wide-panned pre-chorus layers (and the combination of both at 0:45-1:04), to fabulous countermelodic ululation in the second chorus at 1:04. But I also found myself pondering the call-and-response device between the solo and layered vocals in that pre-chorus at 0:27. While in principle the idea of shifting the attention between the two vocal textures feels sensible in terms of maintaining the listener’s interest, I wonder whether it would have been better if they’d avoided overlapping the end of each layered vocal line across the beginning of the following solo vocal, because it does compromise the lyric comprehension for me — I lose a clear sense of either the tail of the one line or the start of the other line in each case. In practice it’s of little consequence here, as this section only appears once, but it’s something that may be worth considering if your own production does something like that for its main hook section, say. We humans can quite easily deal with two or three musical/rhythmic lines in counterpoint, but it’s much more difficult for us to perceptually disentangle more than one simultaneous text stream.

I was also tickled to discover, given the subject of this month’s Classic Mix, a striking similarity between the bass line of this song and that of the audio demo I created to accompany the second part of my ‘Creative Synthesis With Yamaha XG’ workshop article back in SOS May 2004 — same key, same notes, and very similar tempo and rhythm. Hmm... I don’t suppose anyone has the number of Huey Lewis’ lawyer? Mike Senior 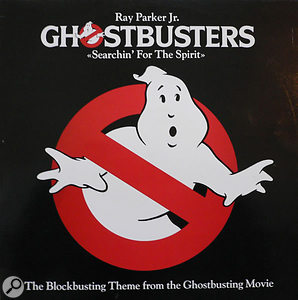 This is one of my very favourite ’80s singles, and a production that’s aged pretty gracefully by virtue of avoiding the excessive layering and effects that blight many of the era’s other big sellers. Despite Parker’s economy of means, he’s clearly worked hard to inject musical development into each part. The open hi-hat fill every two bars shows this at its simplest, whereas the kick, snare and tom fills show a bit more variety, especially during the “I ain’t afraid of no ghost!” B section. It’s also there in the synths, which are more varied than you probably recall. The opening one-bar bass riff ends differently every second bar, for instance, while the two-bar melodic hook four bars later subtly extends its own second iteration. During the verses, the right-channel synth chords add an extra eighth note every four bars, and move to a higher register for bars seven and eight. But my favourite example is the B section’s polyrhythmic synth-plus-guitar riff: alternate iterations appear in a new harmonic context and the final one shifts the synth up a third (out of unison with the guitar) before propelling it to the tremendous high B at 1:02.

That line exemplifies something else characteristic of this song: modulated synths. Not only is that B-section riff saturated with vibrato, but there are extrovert pitch fluctuations in the opening melody (0:26), more vibrato on the synth lines during the breakdown sections (2:01-2:17 and 2:34-2:51), and a gentler modulation on the string-like pad at 1:03 (which also features in the B section). The layering of guitar and synth is another highlight, particularly the left-right interplay between the verse’s rhythm guitar and synth chords, and the way the B section’s guitar doubling gives that line a humanity and attitude that might otherwise have been lacking.

Back in the day, Huey Lewis sued Parker for plagiarism, claiming he’d infringed his song ‘I Want A New Drug’, though since it was settled out of court no verdict was reached. Now, I’m no fan of ripping off other people’s arrangements, but I honestly don’t think Lewis can take much credit for Parker’s success here. Yes, the opening bass riff, drum pattern and harmonic progression of ‘Ghostbusters’ all bear a strong similarity to those in ‘I Want A New Drug’. However, that riff isn’t the lead vocal line or lyrics and, despite Parker strengthening and embellishing the bass’ melodic contour, it’s far from the strongest hook in ‘Ghostbusters’. Also, Lewis’ drum pattern is totally generic and the bass riff actually amounts to little more than the root notes of a classic mixolydian bVII-IV-I chord progression — that’s widely used in folk and rock music — so it feels a bit of a stretch him claiming much ownership of those elements. To put it another way, should Lewis be liable for the strong similarities between ‘I Want A New Drug’ and Van Morrison’s 1964 song ‘Gloria’? Finally, I can’t see what commercial damage ‘Ghostbusters’ can have done to sales of ‘I Want A New Drug’, because they’re totally different songs. In fact, it wouldn’t at all surprise me if all the brouhaha had driven a few more punters in Lewis’ direction. Mike Senior