Sounding Off: More Than Just Gear Skip to main content

Sounding Off: More Than Just Gear

An expert in acoustic treatment argues that a proper recording studio is much more than a collection of great gear.

I'm convinced that acoustic treatment is destined to be the 'next big thing' in the field of audio production, but it won't happen until a lot more people appreciate the importance of their rooms' acoustic properties. These days, very high-quality audio gear is available to everyone at bargain prices, and the magazine ads and newsgroup posts I see convince me that gear lust shows no signs of waning. Not happy with the acoustic guitar sound you're getting? Easy — buy a new mic preamp. If it has a 'toob' inside, all the better. Suffering from analogue tape envy? Well, son, step right up to the sales counter and buy this brand new 64-bit/384kHz word clock gizmatron that's guaranteed to make your home recordings sound exactly like a Number One hit. If you sense some sarcasm, you're correct, because all the high-end gear in the world is utterly useless if you're recording in a lousy-sounding room, and you can't hear accurately when mixing. 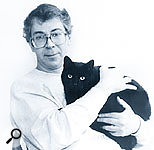 These days more and more audio work is being done in small project and home studios, fuelled largely by the flood of powerful low-cost computers and high-quality yet affordable audio gear. But even with all these fabulous tools at their disposal — 1000-track computer DAWs, plug-ins for everything, excellent inexpensive microphones — many engineers and home recordists are still not satisfied. They compare their efforts to their favourite commercial recordings and wrongly assume that what's missing is not having the same mic or preamp, or the same vintage compressor, or some other key piece of electronic gear. Naturally, the audio stores are happy to sell them yet more gear, and magazines love to review and praise gear because it's very sexy.

Amateurs and weekend engineers are not the only people who succumb to the notion that gear solves all problems. Many pro engineers who should know better lust after gear they are just sure will help them get 'that' sound. Of course, the real problem is that it's very difficult to make a great mix if you can't hear what you're doing! That favourite recording was no doubt made in an excellent-sounding room, mixed in a control room with enough broadband absorption to have a uniform low-frequency response, and mastered by an expert in a similarly well-treated room.

I truly believe that the myth that new gear can solve all of your problems can and must be dispelled. The only way people will ever get good results in their ever-smaller rooms is with proper acoustic treatment. What's the point in buying electronics that are flat from DC to light when acoustic interference in your control room creates peaks and dips of 30dB or more throughout the entire low end? How useful is a subwoofer when the real reason you have no deep bass at the mix position is cancellation due to standing wave patterns? Why buy an expensive outboard A-D/D-A converter having less than 0.0001 percent distortion when untamed room modes add substantial low-frequency reverb that muddies every bass note for the key of D?

I'm pleased to see that awareness of acoustics has increased lately, and now it's common practice to at least see some blankets or a duvet hanging on a wall to kill most of the obvious echoes. But proper acoustic treatment goes far beyond absorbing echoes and ambience, which are mainly mid-range phenomena. A much larger problem in most project studios is a lack of bass trapping. I regularly measure rooms whose frequency response varies wildly throughout the entire low end. Peaks and severe nulls as close together as a musical half step are not only common but typical.

The severely skewed low-frequency response that exists in all small rooms is what makes mixing so difficult for most people. When half of the bass player's notes are missing their fundamental frequency, or second harmonic, it's nearly impossible to tell what's really in the track. If the timbre of the kick drum changes radically when you move your head just a foot or two, you'll have a hard time telling how it fits into the mix. This is not just a matter of too much or too little overall bass. Rather, all small rooms create a comb filter with a series of peak and null frequencies that riddles the entire low end.

There's no question that buying a new one-trick-pony piece of kit or plug-in can broaden your sound palette. And I like cool new synths with fancy lights and knobs as much as everyone else does. But treating your room properly will improve every single aspect of every project you record and mix. Indeed, acoustic treatment is the most important 'gear' you'll ever own. And don't forget that acoustic treatment is highly compatible — it works equally well with analogue or digital, PC or Mac.

Ethan Winer is head of Real Traps www.realtraps.com, a US manufacturer of acoustic treatment and bass traps.