There is a sound which connects The Empire Strikes Back, Howard The Duck and Beauty And The Beast. In fact, this sound connects over 200 films, from the iconic to the obscure. It is known as the ‘Wilhelm Scream’. You have heard it thousands of times. Whether it is cliché, trope or in-joke is open to opinion but it is one of a number of effects which have survived and outlived entire movie-making eras.

The voice you hear in the high pitched cry is that of singer and actor Seb Wooley, though the name comes from 1953’s Charge At Feather River, in which a Private Wilhelm is shot with an arrow and squeals as he falls from his horse, rather than 1951’s Distant Drums where it was first heard. 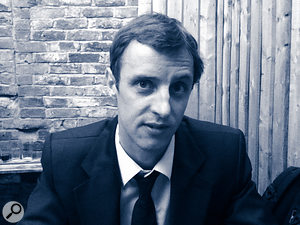 Another prime offender is ‘Castle Thunder’. Unsurprisingly, this 1931-recorded effect is the sound of a peal of thunder, and was recorded for Universal’s classic monster movie Frankenstein. And it’s still in use today, a fact which shocked Hollywood sound editor Mark Mangini (Green Mile, Gremlins, Aladdin) when he spoke to Hollywood Lost & Found. “When they do a modern day ghost story, they still use Castle Thunder,” Mangini says. “It’s such a low-fidelity recording. It was recorded on optical film with all the crackles and pops, and transferred to mag... The bandwidth is, like, one cycle!”

So, why do these effects last so long? We know that at least some of Wilhelm’s credibility and cool comes from Spielberg’s and Lucas’ overuse of it in the ’80s, appearing in every one of their films and sometimes on multiple occasions. Are these industry in-jokes? A symptom of the endemic laziness of mainstream media? Just another trope?

The movie industry is one of the slowest to react and change to the world outside it. This could be, as some critics claim, that it has been the delivery mechanism for American cultural hegemony for so long that it has lost touch with the world it should seek to represent but instead seeks to form. Think back a few years, remember the record-scratch sound from every comedy trailer as, 20 seconds in, the voiceover is subverted: “All he wanted to do was go to college, but then he woke up... as a carrot.” Cue scratch and cut to the film’s big laughs. That effect was dropped from the three biggest effects libraries in 2010 as the public was believed to no longer know what it was.

Likewise, the Universal telephone ring was used in all of the studio’s movies until 2012, when a new digital-sounding effect was found to match the smartphones held by the actors. Sound design is fundamental to successful world-building and hence to successful film making. Star Wars, for example, contains a vast palette of sounds recorded and designed to exist side by side; a long, arduous, time-consuming and costly process.

Whatever the reason, think only of the ubiquity of the Inception ‘bwaahms’ — the booming horns which Hans Zimmer had been peddling since before the Nolan mind-bender blared them into the public consciousness in 2010.

Trailers are an excellent way of hearing lazy sound design in action. Sure, some aspects have become so cliché as to be kitsch. The late Don La Fontaine, for example, was the voice you heard on every trailer for almost 30 years. “In a world where” or “there was one thing they didn’t count on...” You even read those words in his voice.

The industry is in a constant process of dumbing down, and this is most obvious in its promotion. Action movie trailers like to end with something flying towards the screen accompanied by a ‘vroooom’ sound before a chop cut to the title card. Horror is always marketed with rising, often discordant strings, building through the trailer before suddenly being cut to silence. Crash zoom on the title card, then play some disconcerting piano.

We have songs for telling us we’re in a certain era. ‘Fortunate Son’? Vietnam it is. ‘Somebody To Love’? Must be the ’60s. We even have specific music for trailers, but it would appear that playlists are getting even shorter, as so many use Clint Mansell’s ‘Lux Aeterna’ from Requiem For A Dream, John Murphy’s ‘Adagio in D Minor’ from Sunshine, or the seminal Aliens cue ‘Bishop’s Countdown’ by James Horner.

In the end, let's all hope that: “In a world where movies became dull and generic, there was one industry... they didn’t count on...”