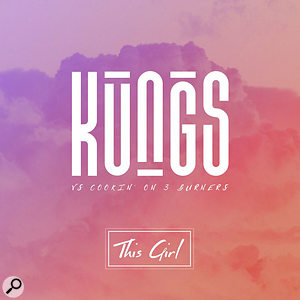 Kungs Versus Cookin’ On 3 Burners

The highlight of this rather scatter-gun production for me is the variety of extrovert reverb-style characters on offer, which consistently tickle the ear with new spatial characters: the ‘airport terminal’ vibe of the guitar’s diffuse echoes in the opening bars; the verse vocal’s subway-tunnel ambience at 0:08 and the sudden recirculating delay spin on “girl” at 0:39; the pre-delayed reverb ‘warehouse slapback’ bouncing back off the brass riff from 1:01; and the shaky retro sustain tail on the percussion backbeat at 1:27.

Reverb and delay effects are so often relegated to supportive background roles in many commercial styles, but this production reminds us how much of an impact they can make as foreground features in their own right, once you throw caution to the winds and fade them up! Mike Senior

I’ve encountered a misconception amongst many acoustic musicians that electronic dance music is rather simple and superficial from a production perspective — ‘just slap a couple of synth/vocal hooks over a beat, and Bob’s your uncle’, if you’ll forgive the caricature. Indeed, the lameness of many a well-meaning classical/EDM crossover project has frequently stemmed from a lack of nuance in the electronic elements, in my opinion. Even amongst aspiring EDM producers, however, there is a definite tendency to underestimate the amount of careful background sound-design that goes into top-level commercial releases. In this regard, Major Lazer’s latest Justin Bieber vehicle presents an excellent study, because it’s absolutely saturated with the kind of production touches I’m talking about. 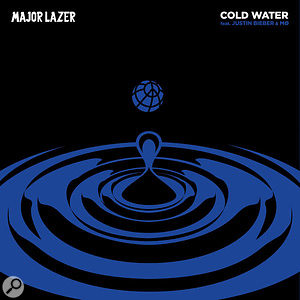 The first verse is a prime example. As far as foreground ‘musical’ parts go, all you get is the lead vocal, the main guitar loop (with its gradually opening low-pass filter), and a handful of rather restrained programmed drum hits. Lurking in the shadows, however, are all sorts of little titbits. For a start, the gaps between vocal phrases are reliably plugged with some kind of subtle little fill each and every time: the filtered melodic widdle at 0:07; the tonal swell at 0:11; the glistening F# one-shot at 0:16; and the reverberant percussive synth ‘beh’ an octave higher at 0:21. But behind those lies another layer of background elements, such as the reverberant ‘slap’ on the first downbeat at 0:02, the mellow vinyl crackle at 0:06-0:12, the slow, dark-sounding noise swell at 0:13-0:16 (a rather clever subliminal underpinning of the “take a deep breath” lyric), and an introductory reverse-envelope transition effect that repeats at 0:20-0:23. That’s at least nine supporting sound-design elements within the space of 23 seconds. Or, to put it another way, roughly one piece of ear-candy every 2.5 seconds!

And the avalanche of background detail doesn’t by any means let up after that. Vocal ad libs provide additional fill possibilities (as at 1:21 and 1:26), as do variations in the rhythm programming (at 0:45, 1:06, and 1:16 for instance), while ethereal transition elements seem to be gently wafting around the edges of perception most of the time if you peer concertedly into the deeper recesses of the mix. If you’re having trouble identifying the latter, try soloing the stereo Sides signal — for example, in the first hook section at 0:46 you can thereby much more clearly hear the filtered-noise ‘cymbal’ that arrives on the downbeat and the breathy ambient synth layer that’s most prominent on the A at 0:57, but which meanders more surreptitiously through C# and E a moment or two later.

Taken together, all these ancillary components do an enormous amount to make the listening experience more immersive, emotional, and atmospheric, as well as actively re-engaging the attention of wandering ears. Unfortunately, this kind of work is also tremendously labour-intensive, naturally, but the fact that top chart producers are willing to invest so much effort in this department indicates how crucial they consider it to be to a tune’s mainstream appeal. Mike Senior 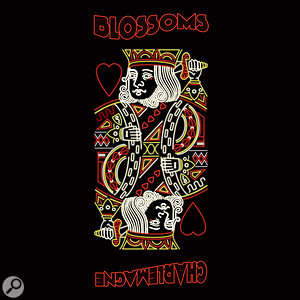 The strong ‘80s flavour of this production derives from multiple sources. It’s partly the choice of sounds — the intro’s layering of synth harpsichord and electric guitar, for instance. It’s partly the heavy lead-vocal effects too. But, I think the approach to vocal editing also harks back to that era. Let me explain...

With a few notable exceptions (anything produced by Robert ‘Mutt’ Lange, say), the timing/tuning accuracy of an ‘80s vocal performance was still almost exclusively the responsibility of the performer. Granted, the rot was already setting in, as ambitious (or just plain desperate!) producers used ever more extensive comping to buff dodgy vocals to a gleaming brown, but it still wasn’t a patch on the type of post-production carve-up meted out to most mainstream vocals, now that powerful DAW software is ubiquitous. The singing in many ‘80s productions, therefore, simply isn’t as locked-down in the tuning/timing department as on most records nowadays. What’s interesting about this Blossoms song, though, is that it bucks the modern vocal-editing trend by retaining plenty of raggedness, especially in the pitch domain — check out the sharpwards drift of several of the verse’s “hello” repetitions, for instance, or the “flows” in the first chorus at 0:38. In this respect, it creates a bit of authentic, and ear-catching, production nostalgia that few artists these days would ever have the self-confidence to deliver. (“OMG, a note’s out of tune!”) I’m pretty sensitive to tuning issues myself, but I honestly wouldn’t fault this particular production decision.

A few other little corners caught my ear too. Firstly, during the breakdown (starting at 1:25) we’re treated to a lovely little single-tap 16th-note delay on the guitar. This was another well-worn trick in the ‘80s (when precisely controllable digital delay lines came of age) for adding rhythmic complexity to pedestrian riffs. Single-tap tempo delays like this seem to have fallen a bit out of favour in more recent times (outside EDM circles at least), which I think is a shame, because this example shows there’s clearly life in them yet. And, secondly, isn’t it great the way that outro guitar solo slowly ambles back and forth across the stereo panorama from about 2:20? Stereo movement like this is good for grabbing the listener’s attention, but by the same token can easily distract from more important musical elements. Fortunately, it’s well targeted here: it combats the psychological distancing effect of the lead-guitar’s heavy ambience by focusing your ear on the instrument’s stereo position, and there’s no lead vocal in the mix at that point from which it might risk stealing the show. Mike Senior 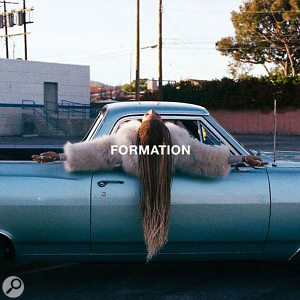 As with a number of Mrs Z’s recent releases, I can’t help feeling that this production is too cool for its own good. Perhaps preoccupied with archly juxtaposing that cartoon ‘boing’ sound with southern hip-hop’s flavours of the month, the producers seem to have forgotten to give the track any sense of musical direction. On the one hand, I think this is partly a lack of restraint, because I feel bombarded with ideas that could hooks, but none of them seem spotlighted or developed enough to really stick in my memory. The call-and-response vocal riffing that populates a large portion of the track (eg. 0:47-1:42 and 2:12-3:09) doesn’t help either, causing my eyes to glaze over by eschewing imagination for sheer weight of repetition. And the lack of differentiation between the song sections feels weak as well, despite the commendably powerful basic beat. The problem is that there’s no room to create any sense of climax when most of your song sections are banging away at pretty much the same subjective energy level. To quote Syndrome from The Incredibles, “When everyone’s super, no-one will be.”

In short, this production feels like it’s all style and no content; like it’s piggy-backing on the success of Beyoncé’s controversial lyrics and video, without actually enhancing either substantially. Indeed, as a pure listening experience, the last half of the song would certainly have fallen foul of my Skip button had I not felt duty-bound, on journalistic grounds, to listen through to the bitter end! Fortunate for me, then, that easily my favourite bit of the track occurs at 0:08: the splendidly ragged opening vocal timbre, which is all the more arresting because of this particular soloist’s reputation for super-glossy R&B/pop virtuosity. It’s pretty slim pickings, as silver linings go, but it’ll have to do. Mike Senior 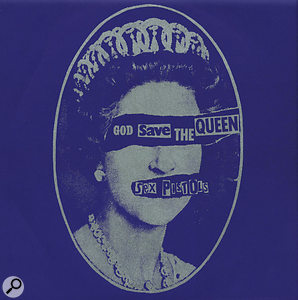 Compared to most rock records, this has a rather unusual stereo picture, because the only element of the arrangement that’s actually in stereo is the drums. Everything else — that thick slab of bass, guitars, and vocals right in the stereo centre — is effectively mono. No hard-panned guitars, no left-right spread on the backing vocals from 2:30, and negligible stereo ambience. There’s something strangely schizophrenic about this for me. On the one hand, the mono elements present a defiantly no-frills punk aesthetic, but on the other hand the wide (check out the tom fill at 1:48!), full-sounding drums attest to big-studio production values. That said, such concessions to establishment sonics may well have helped the band gain such a strong foothold in the mainstream consciousness.

In technical terms, the stereo treatment creates an interesting mix-translation situation. For a start, the mono compatibility of the mix is great, because so much of it is already in mono! In fact, I’d argue that the mix actually works better in mono that it does in stereo, because I think the stereo cymbals feel a bit too loud and bright compared with the guitars and vocals. Remove the stereo Sides component, and the balance feels somehow better matched, because the drums join the guitars on stage rather than pushing out front and competing with the vocals. Listening to just left or right stereo channel on its own gives something very similar to the mono mix as well, albeit with a little more cymbal brightness on account of less comb-filtering.

Another thing to notice on this record is the tonal contour of the guitars, which provide plenty of energy in the 500Hz region, while sketching in the 1-4 kHz zone comparatively lightly. Although, subjectively, this gives them a slightly congested sound in isolation, it’s a very canny move in my opinion, because it leaves plenty of room in the mix for Johnny Rotten’s upper-mid-heavy vocal posturing, without sacrificing the lower mid-range weightiness and crunch of the riffing — especially important given that stereo separation won’t unmask the vocal spectrum at all in this case. It also helps, of course, that Steve Jones switches from his fuller-sounding riff chords to mellower ‘chugs’ for Rotten’s controversial verse lyrics, in fine pop tradition... Mike Senior