Paul Farrer: In the past, when the PRS has encountered big and potentially controversial issues, it has asked its members to vote on the outcomes of open debates. So the announcement in March that the PRS board had decided, on its own, to slash the amount per-minute that the vast majority of composers and publishers earn from TV performances came as a shock to nearly all members. Apart from one meeting in October 2006 (at the start of which strict limits were set on what the hundred or so members who attended could even discuss!) there has been no free and fair debate, and no forum for anyone to be convinced of the strengths or otherwise of the changes.

Effectively behind closed doors, the PRS has decided that the period of TV time between 6pm and midnight will be designated 'prime time', and composers' work in this time slot will receive a significant increase in royalties. Programmes scheduled during the non-prime time 75 percent of the broadcast day will have their income seriously reduced. How much the figures will fluctuate is still not clear, but the PRS' starting point is a 20 percent reduction for non-prime time and a 60 percent increase for prime time.

There are several problems with this arrangement. Firstly, and most obviously, it is desperately unfair to anyone who isn't already at the top of the industry. As we all know in this multi-channel world, inexperienced composers can only hope to get work on obscure channels at funny times of the day. Furthermore, prime-time shows carry bigger production budgets up-front, and will now be even more lucrative at the back end, thanks to PRS robbing royalties from anyone who has music on daytime TV.

Secondly, the designation of prime time must correspond with prime viewing figures. Almost none of the top 75 most-watched programmes of the week usually start after 10.30pm. So to claim that a TV show scheduled at 11.30pm is in prime time, but one at 5.30pm is not, is absurd. Some people have suggested that a three-tier system would be fairer (night time, day time and prime time). But that's the whole point; no-one at the PRS asked for ideas or input. They just imposed these changes.

Let's tackle this argument at source. Broadcasters are using more music than ever, but some are refusing to pay more for the privilege. It's up to PRS to fight harder on our behalf and demand that the fair value of our music is maintained, irrespective of how threatening and powerful the broadcaster is. Standing up for members' rights, instead of asking us to fight between ourselves for the scraps of what is left, should be their only concern.

There will come a point in the not-too-distant future when broadcasters reduce the value of music to such an extent that making a living as a TV composer will be impossible. In that event, a strong and fair PRS that fights for us rather than divides us will be our only hope.

Paul Farrer is a TV composer and PRS member. 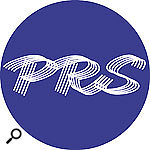 PRS: Paul is right that broadcasters use more music than ever before, and this has significantly reduced the amount of money that a music minute is worth to PRS members. Because of the changing use of music on TV, PRS has, over the past year, carefully reassessed the allocation of the money paid by TV broadcasters to protect the value of its members' music used in prime time. To ensure that PRS gets the best possible value for our members, stringent negotiations take place between PRS and broadcasters over payments for music use. The new agreements we have signed with the BBC and ITV are worth over a quarter of a billion pounds to PRS members over the next five years.

Of course, PRS cannot unilaterally raise its charges for music. If broadcasters or other music users believe our charges are unreasonable, they can appeal to the UK Copyright Tribunal. So negotiations must take place under these constraints.

We conducted detailed analysis before amending our TV distribution policy, and this showed many composers benefiting from this change at all stages of their careers, irrespective of the genre they work in. Our research suggests the vast majority of PRS members will not be adversely affected by the change. There is a phased approach to the introduction of the new policy (beginning in July 2007), so members will see the full effects in July 2009.

In response to the point raised about member voting and debates, constitutionally the PRS Board is elected by its membership to make policy decisions. Thus, members do not directly vote on policy changes; with a membership now approaching 50,000, there is no other way. However, the Board asked for members' views ahead of making a decision on TV policy distribution. This was done via our member magazine, on our web site, and at an open consultation session held in October 2006. There were no limits set on the discussion, and a wide range of views — for and against the policy change — was aired on the night. The 'three-tier' system, mentioned by Paul, was one of those analysed by the Board, but it was thought that, at this stage, three tiers over two would introduce additional cost and complexity to the process. The two-tier system with a 6pm to midnight peak is compellingly simple and transparent.

The Board is committed to reviewing the impact on earnings over the next year to ensure the policy is working in a fair and equitable fashion. This review is additionally important given the rapidly changing nature of the broadcast and music industries.

It is a different world to the one that PRS members have inhabited over a number of years, and PRS policies must adapt to reflect this. So this policy change must not be considered in isolation. Any earnings assessment should be made in the full context of other recent PRS initiatives — for example, the introduction of pay-per-play on an increasing number of TV channels (where previously these were subject to sampling policies), and more money now being available for music used on stations like ITV2. Of course, the amount of money members receive is not solely dependent on PRS policy, but on many other influences completely beyond the control of PRS.

PRS has taken great care in reaching this decision. It is not designed to benefit any one member over another, but is a genuine move to be as fair as possible to the greatest number of members, and to put us in the best possible position to argue for increased rates in the future. PRS remains committed to protecting the income and livelihood of all its members.

PRS For Music (formerly MCPS-PRS Alliance) (https://www.prsformusic.com) is the UK association of composers, songwriters and music publishers. It administers the performing right in their music.