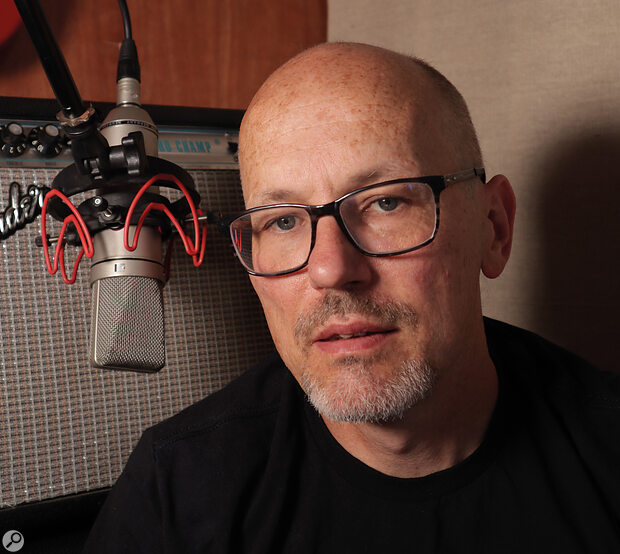 When Stormzy agreed to be interviewed for this month’s cover feature, he set one condition. We would, he insisted, be interviewing him along with his entire production crew — and they would be equally prominent in the cover photo.

It’s refreshing to see such a big‑name artist be so determined to share the limelight, and it made me think about how music production has evolved. In the ’60s and ’70s, engineers were usually on the payroll of a studio, where they worked as a team. Their role in the production process was invaluable, but it was universally acknowledged to be a supporting one.

Fast‑forward 50 years, and almost everyone who makes a living in studios does so as a freelancer. Building a brand has become as important as knowing your way around an EQ, and many successful producers and engineers are public figures with carefully curated public images. And it’s not just the production side of things that has become more individualistic. At the time of writing, the entire UK Top 50 singles chart contains precisely one entry credited to a band: OneRepublic’s ‘I Ain’t Worried’, at number 29.

On a creative, a technical and a human level, there’s simply no substitute for working with other people.

The music industry has obviously reached one of those points on its never‑ending cycle where bands are out, while solo artists, DJs, rappers and electronic producers are in. Consequently, there’s less of a need for old‑school studios with their teams of highly trained staff. But will the pendulum ever swing back? Could it be that this phase has been driven less by fashion and more by the fact that teamwork just doesn’t pay well enough?

There’s no money to be made playing original music live, and label advances are not what they used to be. Streaming royalties are making label executives rich, but that money is not filtering down to ordinary musicians. Being in a band means slicing the pie four or five ways, and when the pie is a Mr Kipling affair an inch across, it’s just not economic to do it. The same goes for producers and engineers; when the majority of artists are solo acts who can record themselves in hotel rooms, it’s hard enough to keep the wolf from the door without thinking about hiring assistants or going into partnerships.

The democratisation of music technology over the last 20 or 30 years has had many positive effects, but I don’t think this atomisation is one of them. On a creative, a technical and a human level, there’s simply no substitute for working with other people, whether that means starting a band or recruiting a dedicated production crew. I salute Stormzy for standing up for that ideal, and I hope his success helps to highlight the value of teamwork.