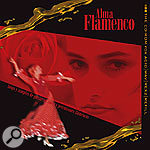 This library kicks off with the kind of fast nylon-strung guitar strumming traditionally associated with Flamenco, and these examples cover a range of chords so that they can easily be stitched together to create something credible. The recording quality is extremely good (as is the playing skill), and in addition to strums there are lots of fast finger-style passages and chordal arpeggios, as well as instantly recognisable Spanish-style chord progressions. Fitting these together is pretty easy, and could be used to knock up a couple of holiday TV themes or advert soundtracks quite quickly. Where more authenticity is desired, you can layer on other Spanish sounds and voices from later in the CD, but do try to avoid the worst of the film clichés, please!

After the guitar parts comes a wide selection of impassioned male vocals, some that work a cappella and some that could be slotted in over or between the guitar flourishes. Again the recording standard is very high, and the performances are professional and authentic sounding. The main vocal lines are followed up by a few harmony phrases and then the obligatory angst-filled female vocal phrases — why is it that Spanish women always sound cross? Once again, these are dripping with authenticity.

Once the ladies have given voice to their woes, there's bongo percussion (loops and hits), hand drums, claps, finger snaps, and of course castanets. These layer beautifully with the guitar parts, or you can use them to underpin your own compositions. Finally, the guitar makes a bit of a comeback with some seriously virtuoso playing and some single-note multisamples. While single-note multisamples are very useful to create your own riffs to link the included phrases, not having them arranged as ready-to-go sampler programs means that you'll have to do a little work before you can use them. However, they shouldn't need looping, so it's not too daunting. In all, this is a great Flamenco construction kit that can add depth and authenticity to any music that has a Spanish flavour. Paul White

As the title suggests, the loops within this library are intended to provide a modern take on funk, and they are split into four elements: drum loops, bass loops, various percussion loops, and 'guitarscapes' (of which more in a moment), all originally recorded at tempos between 80bpm and 120bpm.

For me, the highlight of the collection is the basses. These are divided into Double, Warwick, and Rubber types, and in the main they are left very much untreated with little or no processing. Both playing and recording seem to be of a high standard and the licks themselves have plenty of funky attitude. In use, it is very easy to combine loops to form a complete bass line suitable for a full song structure. There is also plenty of finger noise and the occasional sound of strings slapping on the fretboard (particularly noticeable on the double bass loops) and this adds to the sense of realism when the loops are placed within a full mix. There is also plenty of bottom end, especially on the Rubber loops.

Things are a noticeably more processed when it comes to the drum loops. While the playing is certainly funky throughout, there are very few untreated, straight acoustic kits here. Almost every loop has been tweaked or filtered in some way to give the sound a more contemporary feel. With a total of about 100 two-bar loops, there is a reasonable selection, but each loop tends to be quite distinctive. Mixing and matching therefore takes a little more care, and if you don't have any luck here then you'll have to turn to beat slicing of a single loop in order to program in some subtle variations.

The percussion loops, also heavily processed, can add some variety. These are split into Percussive and Hi-freq groups. Many of the loops in the latter category are based on hi-hat or shaker loops, but they've been filtered to provide additional movement in the sound — these can be made to work really well over some of the main drum loops. Odd man out is the 'guitarscapes' section. While these loops were (obviously!) recorded on guitar, the processing means they tend to have a more bed- or drone-like feel. I'm not sure this is what most people would think of as 'funk guitar', as the pad-like textures lack any real sense of rhythm. I could imagine them working well in an electronica context, but perhaps some straighter funky wah-wah, or even a collection of processed keyboard loops, would have fit the bill a little better here.

Overall, it's obviously nice to get all three sample formats within the same two-CD set, and the loops are all very well recorded and played, but it would have been nice to see just a little more material in order to shout 'bargain!' with greater conviction. John Walden

Kerrang! The makers of the Vienna Symphonic Library rip off their orchestral dickie bows, pull on their Iron Maiden tee-shirts, fluff out their mullets, and indulge in some serious rock head-banging with this foray into the world of amplified instruments. Featuring a seven-string solid-body electric guitar played through vintage Marshall 4x12 cabinets, the 5.8GB library was performed by a small team of guitarists under the watchful ear of VSL's Michael Hula. Like Vienna Concert Guitar, the library was recorded in the company's Silent Stage environment, but rumours that the Vienna team constructed an acoustically treated mosh pit within the space are almost certainly untrue...

As the name suggests, these guitar samples are mightily overdriven and distorted throughout, recorded fairly dry, but with release samples adding a hint of room ambience as well as authentically crunchy note-off noises. The basic tone is broad, cutting, and raunchy, and the extra low 'B' string takes you down into bass guitar territory. You can select non-vibrato samples and wail away Jan Hammer-style on the pitch wheel, or play the vibrato samples chordally to create a big, singing Brian May 'guitar choir' effect. For a more histrionic delivery, Whammy-bar vibrato and dives are available. Long notes last about five seconds, but if you want Nigel Tufnell-style infinite sustain ('Just listen to it!'), there are looped versions of the long notes. Sustains and medium-length notes come in one dynamic only — LOUD, dude! — but staccato samples (available in two lengths) have three dynamic layers, which adds a lot of feel to funky rhythm passages.

Vienna Overdrive offers an enormous selection of guitar techniques: harmonics, 'noisy' grace notes which leap theatrically to a sustained note, tone and semitone bends, exciting feedback and string scrape effects, mandolin-style tremolos, trills ranging from a semitone to a major third, 220bpm speed-metal repeated notes, and even samples played with an E-bow (a magnetic gadget held over the strings to produce eerie violin-like sustains). All these variations are performed with panache, and given a very aggressive attitude by the heavy amp distortion. Heaviest of the lot are the power chords; played in full major and minor voicings, fourths, or (my personal favourite) fifths, they sound satisfyingly full and fruity, without getting too middly or 'fizzy'.

With the addition of the Performance Tool, the library gets even more tasty, expressive, and real-sounding. A very full implementation of performance styles includes repeated series of single notes, power chords, 'palm muted' short notes, and thrashy rhythm noises, in a choice of dynamics and tempos. Dial up the performance legato straight notes, hammer-ons, and pull-offs, and you can do a passable imitation of the legions of guitarists who impersonate Allan Holdsworth, the king of fluid legato guitar. I also greatly enjoyed using the 'legato slide' samples to play the slithery, 'raga'-style melody of Jimi Hendrix's 'Third Stone From The Sun', aided by the performance legatos' Second Track Sustains, a dual-MIDI-channel system which automatically tacks a long sustained note onto the end of each slide.

This mega-sampled guitar has impeccable rock credentials. Its fast octave runs (played with great aplomb in all keys, up and down from every scale note, by Konrad Schrenk) evoke US guitar virtuosos Steve Vai and Eddie Van Halen, and detuned 'sub' multisamples stretching down to C0 add a contemporary Korn/Meshuggah-like flavour. Like the Vienna Concert Guitar, Overdrive enjoys luxurious, up-market packaging and an extensive booklet packed with precise musical detail. Slash and Yngwie would snort at the idea, but thanks to a bunch of classical-music enthusiasts from Vienna, keyboard players can now transform themselves into virtual guitar heroes while avoiding the concomitant hair, booze, drugs, tattoos, Spandex, hearing damage, and negative-lifestyle issues. Dave Stewart 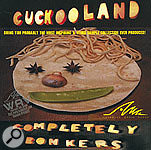 This library claims to bring you 'probably the most inspiring and weird sample collection ever produced', and is arranged into four sections: Ambiences, Bits, Beats, and Musical Loops. The WAV files can be dragged into most sequencers without the need for a sampler, and it's easy enough to loop the rhythmic examples. Ambiences is a great section for instant gratification, as it contains some really nice evolving samples, each of which lasts around 30 seconds. There's everything from lush angelic choirs to creepy backgrounds — I was immediately tempted to fire up my sampler and start composing a score for an imaginary film.

The Bits section contains a number of short samples that could be useful in the construction of wild bass lines or for adding effects to film soundtracks. Titles such as Loud Feedback and Electronic Monster probably give you the general picture here, and there is some interesting use of filtering in some of the bass samples. The Beats section is divided into five subsections of Slow (below 100bpm), Faster (101-120bpm), Quick (120bpm and over), Strange, and Funny. All of the drum samples appear to have been treated to some degree. The beats in the first three sections have a clean sound, and would probably work well layered with programmed drums to give a more realistic feel to your rhythmic parts. The drum samples in the Strange and Funny sections, on the other hand, are clearly electronic in origin, and it would be worth dipping into these sections if you're interested in the more ambient side of music making. I suffered a bit of a sense of humour failure when I reached the Funny section, which is at the bleepy end of strange and might be considered the least inspirational of the samples contained on the CD-ROM, unless you are inclined towards minimalist electronic music, in which case some of the samples could be highly appropriate.

The last section of the CD-ROM offers a number of rhythmic loops with both descriptive titles and tempo indication. Firing up my copy of Propellerhead Software Rebirth and running it against some of the samples on offer immediately created interesting textures that grooved along very nicely indeed.

I am always slightly wary of the use of terms such as 'completely bonkers', so even though the Cuckooland series to date has something of a reputation for sonic weirdness, I was still a little wary. However, when I listened to the samples I was, in the main, impressed. I think this sample collection would be a useful addition to your sample library if you like your samples slightly off-the-wall, and it might just spark off some creative ideas or provide that extra piece of ambience needed to add depth to the track you're working on. Tony Beech