The CD-ROM supplied contains not only almost 800MB of house samples in compressed archives, but also Battery, EXS24, and Reason Redrum sampler profiles. This is accompanied by an Audio CD of all the loops, excluding a folder of single drum hits. 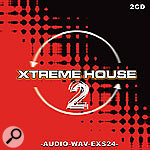 In the Beats folder, you get many solid electronic 'four to the floor' clichés, interspersed with some more imaginative programming and a number of nice meaty breakbeat grooves. Layers of electronic and ethnic percussion weave in and out, adding lots of internal dynamics, and effects are used both creatively and tastefully. Overall there's a lot of variety, albeit within the 117-140bpm range, in a way which frequently reminded me of Basement Jaxx — a compliment as far as I'm concerned! If you're after variations on any of the patterns here, though, then you'll have to get out Recycle, as you mostly get only one version of each loop.

The bass sounds are mostly synthetic, but cover a lot of ground. You've got woody square waves, muffled subbass monsters, and many a restless filter. Effects again make their presence felt and, although a little mad at times, mostly remain within the bounds of usability. Some nice step-sequencer-style patterns and reverse envelopes are scattered around too, which always add a bit of extra rhythmic interest. In addition to the synth lines, there are some nicely chosen bass-guitars, many heavily reminiscent of '70s funk records, and all of these have some nice driving rhythm or unusual corner which demands attention. Again, you'll have to get editing to make your own lines up, but with the synths this is likely to present few problems in practice.

Things begin to get more esoteric in the Synths & Keys folder. Dreamy, wistful, and euphoric washes and arpeggiations nestle adjacent to lively piano, rhodes, hammond, and clav rhythms. Staccato synth motifs trigger triplet delays, and thick ensembles fill out the texture around the occasional spiky lead line or crispy-fried sample. There seemed to be little to distinguish the Filtered folder from Synths & Keys, except that the former has the odd guitar and beat loop, and the processing is perhaps a bit more severe. Finally there is the small single hits folder, which supplies a handful of kicks, snares, hats, percussion and one-shot effects.

What I most like about this library is that the loops seem to have real depth, by which I mean that you get more out of them the more you listen. What seems like a straightforward organ arpeggiation might reveal a couple of interesting background clunks which make it much more punchy and characterful, for example; or some editing artifacts give a simple piano riff a pleasingly drunken stagger; or a low-level crunchy delay adds a sprinkle of syncopation which drives the groove forward. This kind of inner sonic detail makes Xtreme House 2 really inspiring to delve into, and it not only means that you need fewer samples to carry a track, but also that each one continues to twist your ear beyond the first few repetitions. I'd have liked more informative documentation and better subdivision of the Synth & Keys and Filtered samples, but the extra software-sampler settings just tilt the balance back into the five-star category. Mike Senior

Like a big-game hunter, Michiel Post obsessively stalks the musical jungle in search of new prey. A recent expedition to the wilds of South East England was particularly fruitful, yielding a brace of impressive trophies which include the 'king of beasts' of the classical piano world, the mighty Bösendorfer 290 Imperial Grand. (If you ever find one bearing down on you, don't shoot till you see the whites of its ivories!)

Post Musical Instruments already have a Grandioso Bösendorfer 290 on their books, glowingly reviewed in SOS March 2003, but today's piano is a top-of-the-range 290SE model that has been refurbished to a very high standard by its UK owner. The SE suffix stands for 'Stahnke Electronics', indicating the attachment of a hi-tech player/recorder mechanism designed by US mastermind Wayne Stahnke. Post programmed this fabulous gizmo to 'play' the instrument's white notes at around a dozen precisely calculated dynamic levels over an 88-note span. Although the recording took place in a medium-sized concert hall space, there's no obvious reverb in the sound; rather than adding room ambience, the release samples recreate the tiny 'bump' of the damper returning to the strings as the key is released.

The resulting samples uphold Bösendorfer's formidable reputation, sounding open, clean, and majestic, with that characteristic low-end 'zing'. The bottom register rumbles like quiet thunder, while the top notes have a crystal clarity and transparency. Right across its range, the piano's notes 'speak' with a precise, clear attack which never sounds too percussive. To pop ears, the Bösendorfer timbre might appear a little stern and 'classical', but that serious, austere quality is offset by the richness, depth, and maturity of its tone and the latent power of the loud samples — add some EQ and compression, and the bass notes really roar. Having so many dynamic layers under the bonnet ensures a pleasingly natural response to variations of velocity, allowing players to move freely between hushed, quiet notes and loud, clangorous ones with no trace of timbral 'stepping'. A great bonus, the 'pedal down' samples add a subtle, lush, floaty layer to the piano's already rich sustains.

Most of the sampled pianos I have played disappointed in one area or another. I was beginning to give up hope of finding a truly inspirational instrument, but PMI's latest releases have given me new faith in the possibility of producing expressive music from a sampled grand. With the pound currently high against the dollar, this is a good time to consider splashing out on this superior, charismatic, and above all playable instrument. Dave Stewart

Unsurprisingly, this is a follow-up to Tekniks successful Ghetto Grooves, which obtained a four-star review in the SOS September 2002. Well, if it ain't broke, don't fix it — the new release is aimed at exactly the same hip hop and R&B styles as the original, and follows a similar format; some 25 construction kits are complemented by a generous collection of individual bass, synth, kick, snare, and hi-hat samples. The WAV files total over 650MB, while each of the construction kits provides between six and about a dozen loops, plus a few individual samples. 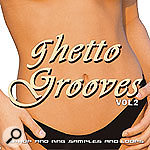 The musical contents of the kits themselves are definitely aimed at the sparser end of the field — think Jay Z rather than R Kelly — so if smooth and soulful late-night R&B tunes to turn the lights down to are your thing, then you would need to look elsewhere. Original tempos for the construction kits are generally between 90bpm and 110bpm, and the emphasis throughout is on the beats. Each kit generally contains three or four drum loops and some have additional percussion loops. These are all well put together, with plenty of aggressive kick and snare sounds to give the loops just the right attitude. Most of the sounds seem to be classic drum-machine fodder, and the large collection of individual kick, snare, and hi-hat samples (well over 2000 in total) would provide plenty of ammunition if you wished to programme your own loops to sit alongside those provided.

The instrumental loops are mostly simple and uncluttered, and this is generally the right way to go with this style of music where the vocals (sung or rapped) are the dominant feature. Most of the kits include a bass and synth loops, but there is also a good smattering of guitar, Rhodes, string, and clav, plus some occasional trumpet and even a sitar or two. Despite the deliberate simplicity of the majority of the bass or synth riffs, there is enough in the way of musical hooks to add some character between the vocal elements during song construction.

With the appropriate tempo- and pitch-shifting, mixing and matching the various loops between different kits proved straightforward — the consistency of the styles and original recording tempos made this easier than with some other loop sets. In use, perhaps my only criticism was that it might have been nice to have a few more instrumental variations (particularly bass loops) within some of the construction kits. A little extra work with the beat-slicing tools or a sampler using the numerous individual samples supplied would soon put this right however. All in all, Ghetto Grooves 2 seems to follow on where the original left off. The loops and sounds are pretty much spot on and, without sounding too clean or sanitised, would fit right into the grittier end of the current (very commercial) hip-hop/R&B marketplace. John Walden

And still they come! Keyboard specialist Michiel Post has a second new release, The Old Lady — not, as the title might suggest, a collection of recordings of Mrs Post's finest musical moments, but yet another lavishly sampled grand piano to add to the prolific Dutch samplist's ever-growing catalogue. This Steinway is a 1920s 'D' model, widely regarded as the manufacturer's best, and should not be confused with PMI's Grandioso Steinway D piano, as reviewed in SOS in October 2002. The lovely old instrument is the pride and joy of a UK piano enthusiast, who gave it its affectionate feminine nickname.

In this project, Mr Post recorded eight precisely calibrated dynamics of 'pedal off' notes, then eight more with the sustain pedal down. The latter have been cleverly programmed — when layered with the 'pedal up' notes, they play all the time but are muted until the sustain pedal is pressed, at which point they quickly fade up into the mix. This produces a reasonable imitation of the effect of a real piano's sustain pedal.

For an 80-year-old, this old lady is in the best of health, the sound ringing out with great depth and clarity over a range of more than seven octaves. The mic placement is finely judged, allowing the piano's tone to breathe while preserving its precise, well-defined attack. Eight dynamic layers are sufficient to cover the instrument's tonal range, and once you've found the right velocity-curve setting on your keyboard controller, the samples respond to dynamic changes in a convincingly organic way.

It's interesting to compare this piano with The Emperor 's Bösendorfer 290SE — while the two sound broadly similar, close examination reveals some significant timbral differences. The Steinway has a warmer, more lyrical tone with more apparent middle energy. It lacks the Bösendorfer's steely, somewhat masculine presence, but sounds more at home in jazz and improvisatory styles — it can even handle intimate solo passages without causing embarrassment. The Old Lady layers with other keyboards like a dream, and sounds great in pop tracks; the only area where it could be said to be slightly deficient are the crashingly bombastic, anvil-like sonorities required for a Bat Out Of Hell-style rock psychodrama.

Overall, I enjoyed playing this Steinway piano very much and found it a great sound source for composing and arranging. Sampled pianos can never replace the real thing, but if you're looking for a versatile, classic-sounding instrument which combines strength and beauty of tone with expression and subtlety, this is it. Dave Stewart