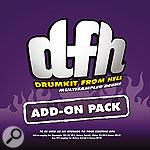 You might recall that some months ago I wrote an enthusiastic review of a sample CD called Drumkit From Hell. This comprised a set of drum kit hits in both close-miked and room-miked versions and was distinguished by its extensive velocity multisampling and by the overall quality of the drum and cymbal sounds themselves. The kit also included many more hi-hat and cymbal variations than you would be able to accommodate in a GM-mapped kit, so a non-standard mapping was adopted. Despite the superb quality, there was little variety other than some alternative snares and kick drums, but now an add-on set of sounds promises to change all that.

The DFH Add-on Pack provides 10 new cymbals (including esoteric Chinese, crash and ride variants), all lavishly multisampled at numerous velocity levels and including mutes and crescendos on some samples. There's also an additional tom package that expands on the original set by also offering flams on the set of five Sonor light-shell toms ranging from a petite 10-inch to a solid 18-inch. A new snare, a 14 x 7-inch Pockenholtz from Haake, joins the original roster, and there are additional flams, hits and rolls on all the snares. As with the original, the quality of sampling is excellent, so if you're looking for a really solid set of rock drum sounds with enough velocity levels to add serious realism, then DFH and this add-on will certainly meet your needs. Integrating the sounds with the original kits may take a few minutes of cutting and pasting, but the increased scope is well worth the effort. The samples are now provided in mappings for Gigasampler, EXS24, LM4, Battery, Kontakt, Halion, DR008 and Reason NN-XT. Paul White 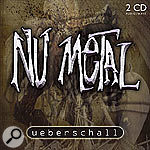 If you need to conjure up something on the darker side of modern rock (think Korn or Papa Roach), then Ueberschall's Nu Metal might be just what you are looking for. The title is distributed by Time + Space and is supplied as a two-CD set, with CD1 in audio format and CD2 containing the same material as Acidised WAV files. I used the latter for the purposes of review. The material is organised into eight construction kits plus additional folders containing drum loops, drum breaks, bass guitars, distorted guitars, guitar FX, break kits and acoustic guitars. With some 650MB spread over nearly 600 loops, there is plenty to get your teeth into.

The construction kits contain A and B 'parts' that might be used for song construction, and a 'full mix' WAV is provided to demonstrate what can be done. Of course, all the component drum, guitar and bass parts are provided so you can mix and match as desired. The separate 'break kits' folder contains combinations of guitars, bass and drums intended to work as links between musical sections, and these can be added to material from the main construction kits to provide further variety. Most of the other folder titles listed above give a clear idea of their contents, but if you like your riffs low and loud, the highlight is probably the distorted guitars section.

Using the Acidised WAV files with Acid Pro 4, it was an absolute doddle to construct some very authentic-sounding backing tracks. All the material has been well recorded — the drums are generally powerful, the basses thunder and the majority of the guitars growl. And while the Nu Metal title suggests Limp Bizkit, there is plenty here that would work in a Metallica-type track. Mixing material between the various construction kits proved perfectly possible, as did working in additional material from the supplementary folders. The variations and break kit sections all helped embellish a piece to make its loop origins less obvious.

In terms of content, my only criticism would be the lack of a few more riffs based further up the neck — I know seven-string instruments are the weapon of choice for many nu-metal guitarists, but it would have made it easier to combine two guitar riffs as they would not be fighting for the same mid/low-frequency space. I could also have managed without the vocal samples. While it was perfectly possible to create complete backing tracks with just these loops, combining them with some electronica loops (for example, some drones or processed turntable scratching) added another dimension — instant Linkin Park. Just add some lead guitar/counterpoint riffs and suitable vocals and the final result is very convincing.

Most guitarists who play in this style would probably like to roll their own when it comes to nu-metal riff-making, but for non-guitarists looking for an authentic dollop of the heavy stuff, then this sample set has a lot to offer. If you work in library or production music, however, note that the licence does not allow the samples to be used for this purpose. While this is not uncommon amongst loop libraries, it is a restriction to be aware of. John Walden 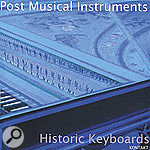 The Historic Keyboards library sees a subtle departure from the world of grand pianos with which PMI are currently associated. This delightful collection steps back in time to an age of wigs, face powder and tastefully applied beauty spots — no, I refer not to Joan Collins, but to the 18th century. This single CD contains not one but four instruments: a Belgian harpsichord, a French harpsichord, a virginal and a fortepiano. The fact that three of these four instruments are not velocity-sensitive (meaning that there are no multiple velocity layers to take into account) allows the extra disc space to be used to fully document these wonderful instruments.

The two harpsichords on offer are distinctly different from each other. First off we have the 'flagship' antique Belgian model, which sports two manuals, two 8-foot ranks of strings, one 4-foot rank, a coupler and a buff (damper) to the lower 8 rank. This is beautifully sampled (as are all these instruments) and quite simply sounds gorgeous. You really do hear every detail of the mechanism, from the thumping of the keys to the delicious 'clump' of the jacks returning when you release the keys. The patches cover several registrations, from single manuals to coupled upper and lower, Lute (muted) and 8- plus 4-foot registrations. The level of the release layer is adjustable via the mod wheel on some patches, which is useful for making a graceful exit at the end of a piece — but frankly, the release samples add so much realism, I don't know why you would want to turn them off! The patches cover various voicings, from silvery and delicate single-manual settings perfect for gentle continuo parts to full, bright double-manual voicings, and even the Lute damped voicing mentioned earlier. The patches' titles are sometimes a little curious, and don't always reflect their true intentions — for example, 'Belgian Harp Upper & Lower' and 'Belgian Harpsichord Upper & Lower EQ' are in fact very different sounds, rather than differently equalised versions of the same sound as the titles suggest. Nevertheless, the semantics of the patch names do not detract from the playability of the sounds themselves.

The second harpsichord is a French double-manual. The original instrument sampled has two 8-foot and one 4-foot 'choirs' of strings, although the patches provided here do not cover as many registration variations as the Belgian model. Tonally it is quite different from the Belgian, having a warmer, more delicate quality with noticeably less mechanical detailing. This is largely because it was sampled in an ambient room, miked at a greater distance than the Belgian, giving more of an 'audience' perspective. Although less of an intimate experience than the Belgian, it is still eminently playable. Eight-foot and 4-foot single-manual registrations form the basis of this instrument's patches, and these can be combined to produce a bigger sound that has definite '60s gothic horror movie overtones. A handful of 'synth' treatment patches are also included, although I feel that synth sounds are really best left to, er, synths.

The plucked-string theme is continued with the virginal patches. This single-manual instrument of unspecified origin has the fewest patch variations, although PMI have included some alternative patches with EQ and reverb. Like the Belgian harpsichord, this virginal has a highly detailed, intimate sound, although it is altogether very much more delicate in its nature — almost as fragile as I'd expect the real instrument to be. I actually found myself playing the keyboard very tentatively for fear I might break it! I tested the Historic Keyboards samples with Kontakt v1.2, and had some problems with these Kontakt-format patches concerning tuning discrepancies (which I'm sure are unintentional). A couple of the patches also had incorrect file paths which prevented them from loading successfully. However, PMI are fully aware of the problems, and corrected versions should be available for download by the time you read this.

Finally, there is one single patch devoted to reproducing a restored Walter fortepiano. Popular in the late 1700s, the fortepiano was the wooden-framed forerunner to the modern pianoforte. In contrast to the modern piano, its sound is characterised by a much shorter sustain and a bright, resonant tone. This particular sampled fortepiano is reproduced using four velocity layers, with pedal-up, pedal-down and release layers. The real-time crossfading between pedal-up and pedal-down samples is particularly successful here, as the two sets of samples are very well matched, making the transition very transparent indeed. I found this instrument extremely evocative and delightful to play — just give it a spin with some Haydn or a few Mozart sonatas, and you'll get some idea of how they might have sounded 230 years ago!

Anyone interested in Baroque music will find this collection a joy, as indeed will those people who simply like to acquire unusual or offbeat instruments. In particular, it should appeal to anyone producing music for period drama, be it for stage or screen. We've all seen Jane Austen-type dramatisations where Lady Chiddingfold, eager to impress with her musical skills, entertains D'arcy at the fortepiano — to the somewhat incongruous strains of a Yamaha Clavinova. At least now the means to produce the correct sound is available to all. And at last those cheesy harpsichord patches found in almost every synth or digital piano can bow their heads in shame and consider themselves put firmly in their place. Nick Magnus 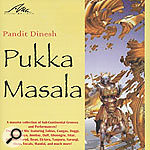 Pukka Masala contains 411 REX2 files, presenting a fairly broad selection of musical flavours from the Indian subcontinent. As you'd expect, the tabla are well represented, as are other percussion instruments such as the congas, jumbay and madal, to name but a few. Samples range from short rolls and fills to one-, two- and four-bar riffs and grooves, with a few pick-ups and big finishes thrown in for good measure. Tempos range from 75 to 130 bpm and above. There are ensemble percussion performances too, and a few samples (I'm thinking in particular of 'N Indian Festival' and 'Wedding Band' here) of what sounds like quite a party. Melodic instruments get a fairly brief look-in, with the sitar and sarod featuring most heavily, and there's even a few vocal samples of what can only be described as an Indian fusion of scat and rap.

The standard is high throughout and there are, with the odd exception, no problems with the way the samples have been sliced. The performances themselves are excellent — lively and interesting with plenty of authentic human 'feel'. However, I do think this collection is let down a little by its organisation, or rather, the lack of it. The REX files are simply collected in a single folder and some of the file names are rather oblique, especially to someone who doesn't know his duff from his dholak. Some form of subdivision, whether by tempo, instrumentation or style, would have been welcome. But this is a small blemish on an otherwise pleasing release — think of it as a Bollywood beauty who's forgotten to put on her make-up. David Greeves