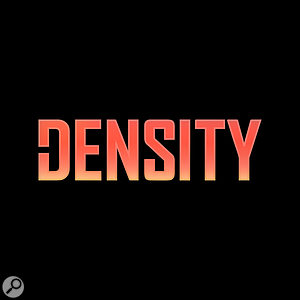 Density is the first virtual instrument released under the Mammoth Audio banner. Mammoth's creator is music producer Vikram Gudi who has a background within the competitive world of trailer music. It is therefore perhaps not surprising that Density is designed primarily as a tool for media composers, nor that it includes sounds suitable for the epic/trailer genre.

Density is a Kontakt-based instrument (v.5.7.3 or later is required) and built from over 7GB of sample material. The sounds themselves are split into two broad categories: one-shots and playables. The former include a whole range of hits, risers, reverse effects, stutters, drones and transition-type sounds, while the latter are further divided into instruments and loops and feature are rather eclectic collection of sound sources. In terms of the instrument selection, cello, tuba and throat singing are featured, while the loops include a broader palette with clocks, cellos, guitar, throat mantras, throat percussion, sousaphone and tuba. Loops are presented in various tempo categories, but Density's engine will, of course, tempo-match them to your project.​​​​

The UI allows you to access any two types of sounds at the same time (Channel 1 and Channel 2) and these are mapped to different sections of the MIDI note range. The playable instruments offer varying numbers of keyswitchable articulations and, while the instrument choices presented are limited in scope, those included sound good. The loop instruments also offer keyswitches, allowing you to move between different rhythmic groups, while also controlling pitch via the normal MIDI key range. The one-shot samples are particularly impressive and are organised into some very useful categories, often with sub-categories available. There are some epic hits, risers and braams amongst this lot and also some nice drones. There is plenty of content here though and loading both channels with one-shot groups can provide a lot of epic ear candy for use within a project.

As well as effects chains for both channels and a master chain, ADSR envelopes, and some useful pitch and reverse options, you also get the large Distort and Mangle knobs. These do exactly what you might expect and allow you to dial in some extra aggression to your sounds if required. On the whole, the UI is very straightforward in use, if perhaps not as feature-packed as some other modern composer tools.

When it comes to tools for epic/trailer music composers, there are some impressive options now available, whether it's massive hits/risers, hybrid-style instruments or dystopian drones. At this price, Mammoth Audio are taking the ambitious step of putting Density right amongst the top end of that competition. However, composers of epic and trailer music can try before they buy as there is a free trial option available on Mammoth's website. If you need some fresh epic/trailer music sounds, Density is well worth auditioning alongside the more obvious competition.