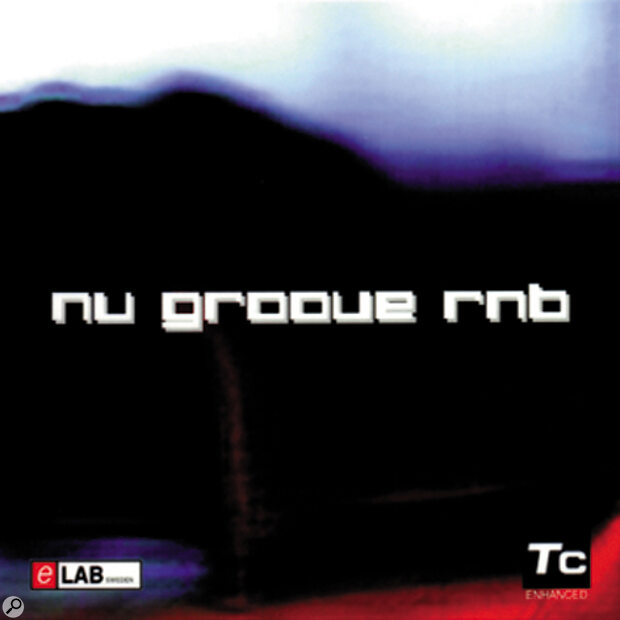 Sweden may not be the first place you think of when seeking a source for the R&B sound that has dominated the pop and urban charts over the last few years, but E Lab seem determined to challenge that perception. Adding to their growing library of 'street'style sample CDs, the Swedish beatsters now present Nu Groove RnB, the sequel to their popular Strictly RnB collection. Spanning two CDs, Nu Groove is a collection of programmed drum loops for the busy urban producer.

All the audio is found on CD one — 73 minutes spanning 97 tracks. After the suitably smooth demo, the bulk of the CD (tracks 2‑79) consists of 'Groove Kits', each containing a full loop plus variations and breakdowns. This is followed by the individual drum sounds that made up the original loop. Tempos in this section range from 50 to 111bpm.

Tracks 80 91 offer 108 oneshot beats labelled 'Loop Tools'. Each is cut to the same length in bars, and sorted into one of three speeds (70, 85 and 100bpm), making all the loops compatible and interchangeable. The audio CD is rounded off by six tracks of drum separates, called 'Sound Tools': assorted snares, rimshots and finger‑clicks, plus kicks and hi‑hats, for building your own loops.

CD two contains all the loops and samples featured on the audio CD as WAV files, plus over 500 samples and loops from other E Lab libraries, including the X‑static Goldmine and Vinylistic series — a nice little bonus.

So what do the loops sound like? Well, the programming is tight and authentic, if not exactly ground‑breaking. Patterns range from laid‑back hip‑hop loops to fractured, jiggy beats, and overall sound quality is excellent. The kicks boom, the snares snap, and the rimshots click as they should, although I'd dump the cheesy scratch sample that turns up occasionally. One small criticism is that the same synthetic drum sounds and very similar patterns begin to crop up after a while, which can make some of the loops sound a little 'samey'. I would also have liked more 'real' drum sounds and loops, to add a human flavour that the collection currently lacks.

Overall, Nu Groove RnB wears its influences proudly on its sleeve — track names like 'Missey', 'Usha' and 'Lilkim' should leave you with little doubt as to what to expect. Producers looking for unusual or off‑the‑wall hip‑hop or funk breaks would be better off looking elsewhere. But if you produce modern R&B or streetsoul and are looking for an authentic, easy‑to‑use collection of chunky beats to slot easily into your tracks, Nu Groove RnB could well be for you. Oli Bell