Contemporary Colours’ designers describe the sounds as being rooted in contemporary classical and theatrical styles that combine instrumental and electronic music. Hosted by the full version of NI’s Kontakt (v5.8 onwards) it offers 25 basic patches, each based on multisample sets taken from its 900‑plus sound library. These may then be modified using the panel control. A few come as playable instruments but most offer themed sets of phrases and patterns of the type that would fit well into soundtrack compositions rather than into conventional pop music. Unzipped, the instrument extends to 2.2GB. 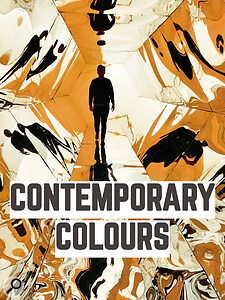 Once opened in Kontakt, the 25 presets are accessed either by the left/right arrows or directly from a drop‑down menu. These are based on one‑shot samples, though extensive multisampling means that in some instances you get a different phrase or sound on each note. Examples of this are Bell Exploration, which includes a lot of processed gong and oriental bell sounds, and Dark Machines, which may appeal to those keen to add some Floyd‑like intros or transitions to their music. Others, such as C Vocals, place two different sounds on adjacent octaves of the keyboard. The first five presets, prefixed by the letter C, all feature complimentary sound types, and it is possible to jump from the current preset to any one of these presets during a performance using white notes C to G in the octave below the playable range of the instrument.

The clearly set‑out GUI allows for adjustment to the attack and release, LFO modulation of filter or pitch, sample start time and a useful three‑stage EQ. The key sensitivity can also be adjusted, and a Mono/Legato mode enabled when needed. There’s also an SSR button that stops the sample from returning to its start point when faster lines are being played, and instead gives a slightly randomised start time. The sample will only start from the beginning on the next key press if the previous note has finished its release phase.

Further interest may be added with the 16‑step volume sequencer, where dragging the fader‑style bars adjusts the step level. There’s also a filter sequencer that works in exactly the same way but this time with the steps adjusting filter frequency. These sequencers appear to be free‑running rather than tempo sync’ed. Finally there’s a very simple effects section using the Kontakt FX engine. Other than reverb, which offers Hall, Giant, Drums or Noise variants, all the effects are preset other than having adjustable amounts.

Though the content of Contemporary Colours won’t have universal appeal, its affordability means that if you only find a handful of sounds that you want to use, it will have been worth the price of admission. The Halloween, Pattern and Percussion sections alone could keep me happy for hours.