This Reason Refill is aimed squarely at producers of dance music. In fact, the samples, which run to approximately 1GB of data, are split across two Refills; the first contains a large number of Subtractor, Malström, NN19, and NNXT patches, while the second contains a collection of REX 2 files. Usefully, the 400 or so REX 2 files are provided within a separate folder and so can be used in other music applications that can read the format. A number of Scream and RV7000 patches are also contained within the first Refill. As a whole, the collection concentrates upon bass and lead sounds, and even the REX files focus on synth arpeggios and riffs. There are no drum loops (which makes a nice change!). 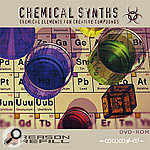 The 50 Subtractor patches focus upon bass sounds and a range of 'soft' and 'hard' leads. The latter dominate, and it is clear that creator Jonathan Heslop has put his hours in getting to grips with Reason 's various instruments — the sounds make good use of Subtractor 's programming options. As with the patches for the other instruments, don't expect anything too timid here — in the main the sounds are aggressive and create a dark mood. The 200 Malström patches pick up where the Subtractor ones leave off. As well as groups of both soft and hard lead and bass sounds, there are also a collection of special effects. There is some really good stuff amongst this lot, and patch names like Agrogate, Devilinside, and (at the more subtle end) Junotrance give a clear idea of the content.

Some 150 NN19 and 200 NNXT sampler patches are provided. After the Malström collection, the NN19 sounds rein things in a little, although there are some very usable 'bread and butter' sounds that would suit a range of dance and electronica styles. However, things start to get out of hand again with the NNXT patches. More aggressive basses and wild lead sounds abound — Sithsweep, Destroyer, and Widemutator suggest the territory covered. These sorts of sounds could be used subtly (if that's not a contradiction in itself) to add an aggressive edge to a mainstream dance, R&B, or hip-hop track, while they would be at their best when used with a little less restraint for full-on, in your face, rave music. Some of the sounds are, however, very big, so a little would go a long way in a mix.

While the instrument patches dominate, the REX loops should not be overlooked. As mentioned above, these include 200 arpeggio loops and a further 200 riff-based loops. Along with the Malström patches, these are a highlight of the Refill. I could easily imagine building a track around a couple of these combined with a suitable bass sound taken from elsewhere in the collection — just add in your choice of drum loops and a pad or two from elsewhere.

In summary, the sounds within this collection have 'attitude' written all the way through them. If you are a Reason user and have a fondness for the more aggressive end of dance, then Chemical Synths is well worth adding to your Refill collection. John Walden

This EXS24 library from AMG is dedicated entirely to analogue synth sounds recorded without processing. Although this makes them seem somewhat dry on first listening, it does allow the user the flexibility of adding effects later on — it's always easier to add effects than to take them away. The library is based on waveforms recorded from classic analogue instruments, such as the ARP 2600 and the Oberheim Matrix 12, but much use has also been made of the EXS24 filters, allowing the sounds to respond properly to playing dynamics. 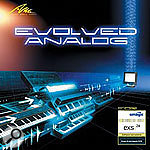 The samples are divided up into Bass, Hit & Effects, Mix, Pads, Rez, Synth, and Vox, where synths that were originally monophonic or which had no velocity sensitivity can now be played with the benefits of both. All the examples are multisampled to a very high standard and tend to favour dance-music production insomuch as there are more aggressive sounds, hits, and stabs than might be expected in a general analogue library. The fact that these are presented dry is a brave move, as you really need to add delay or reverb to bring them to life, so what may not initially sound all that impressive will probably sit more happily in a mix than something that's been overproduced.

I don't think that AMG have broken any new ground here, but then when you're looking back in time to sample older instruments, there probably isn't that much that hasn't been covered reasonably well anyway. That doesn't detract from that fact that this is a useful and varied collection, and even though existing users of Apple's own Extreme Analog library are unlikely to find their horizons significantly widened, there's a lot of good stuff within Evolved Analog that is instantly usable.

Although there are pads and basses amongst the more angsty sounds, I think my earlier comments about this collection being more suitable for dance-music production are valid, yet because the EXS24 filters and level envelopes are used as part of the sound creation process, the sounds can be edited quite extensively. When you think about it, the EXS24 is really a digital emulation of an analogue synth, using samples as oscillators, so having so many classic raw waveforms available (as you have here) gives the more adventurous synthesist plenty of scope for creating new sounds or re-shaping existing ones. Evolved Analog isn't unduly expensive, so even if you already have other similar titles, it provides a fast way to inject some variety into your songs without resorting to editing. Based on the quality of the content and the modest cost, I think four stars is in order. Paul White

This release from Sweden-based Power FX is, like other titles in their product line, competitively priced. It contains 695MB of material spread across about 500 Acid ised WAV loops and one-shot samples. While the bulk of the library comprises 34 construction kits, a further folder titled Elements & Extras makes up the final third of the collection, and this contains additional drum loops, bass lines, keyboard/synth loops, and various special effects and/or hits.

As suggested by the title, most of the original tempos are in the 110-80bpm range. Each of the construction kits contains the usual collection of drum loops alongside a small number of bass, keyboard, and other loops — these can be combined to form a complete musical bed. The keyboard loops include pads, chord-based progressions, and a selection of melody lines. There is also a smattering of string, percussion, and vocal-effects loops. I was expecting a few more of the latter given the 'Parental Advisory: Explicit Content' label on the front of the packaging — and I couldn't find anything that might be considered particularly offensive in the content.

The number of loops within each kit varies from four or five up to about 20 — although in testing within Sony Acid Pro 5, it was generally very simple to mix and match loops between the various construction kits. While there are some exceptions, the overall style of the kits is actually quite mellow, and I can see what Power FX are getting at with the word 'cinematic' in the title; this material would work really well in a TV/film context given the right sort of 'urban night-life' footage. The titles of some of the kits reflect this vibe (Summer, Sweet, and Moody, for example), and these typically include some nice, lazy synth-melody loops that top off the laid-back mood.

There are some darker moments (as in the Bad Ass and Evil kits), but on the whole this will suit those that like their hip-hop mellow rather than gritty. That said, with suitable application of a little lo-fi processing, many of the drum and bass loops can easily be given more of an edge — and at lower tempos, might even work well in a trip-hop context.

Without exception, these loops appear to have been well recorded and edited. I'd have no problem using them in a commercial setting, and, as with all the Power FX sample material, the license allows the loops to be used in almost any musical context. That said, the sample world is not short of hip-hop or R&B loop collections, and I'm not sure there is anything dramatically new on offer here. At this price Cinematic Hip-hop might be considered a casual purchase — as such, it undoubtedly offers very good value for money and contains some very usable laid-back beats and loops. John Walden

This Sample Lab loop library is aimed specifically at the disco-funk-house hybrids which have enjoyed so much success on the dance floors of Europe in recent years — where the 'disco' is concentrated in the breaks, snares, and bass/guitar licks, while the 'house' is most apparent in the kicks, hats, and ethnic percussion. 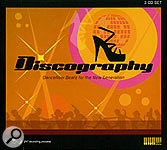 The layout of Discography has a commendable amount in common with that of the company's Luscious Grooves, which enjoyed a five-star review back in SOS October 2004, so the 600 loops are grouped into sample-accurate tempo groups of 120, 122, 125, 128, and 130bpm, allowing immediate and accurate layering of elements. The key of each loop is documented in the booklet where relevant, and every one of the main drum loops also has a short written description, which makes it a hell of a lot easier to find the one you want.

Each tempo group has sections for drums, percussion (bongo, conga, tabla, shaker, and tambourine), guitar, and bass. The drums put in a strong performance in exactly the areas that you'd expect, stalking along effortlessly and supplying power where it matters in the kick and snare departments — many of the disco-influenced libraries I've heard have seemed rather anaemic, in my opinion, but there's no danger of limpness here. Although you're never in any doubt about what you've come to this library for, it's nice that Sample Lab include some more stylistically wayward breaks which provide variety without stepping too far outside the overall genre. The percussion tracks are all solid and functional, including some fine conga playing and a few notably weighty shaker parts.

The guitar loops pull all the funk rhythm shapes you're likely to need, with clean, wah, and distortion sounds supplemented by the odd rhythmic delay. All slot well into the stylistic niche, and are certainly comparable in quality to the contents of some of the more specialised rhythm-guitar titles. However, the highlight of Discography for me is the selection of bass loops, which are effortlessly nimble and so deep in the pocket that they might as well be hiding underneath a layer of loose change!

On the downside, you only get the one bass guitar sound, but I'm not complaining because it's a lovely one, with weight and 'wire' in pleasing proportions. Upon discovering that only the first three tempo groups included bass loops, I almost chewed a star petulantly from the SOS rating, but on closer examination bass loops turned out still to make up 10 percent of the total file count, so the toys were soon back in the pram. Overall, the taste, craftsmanship, and musicality of Discography fully deserve five stars. Mike Senior