Sample Magic have been making sample libraries for many years, but this virtual drum machine and synthesizer combination is their first instrument. To create BLOQ, which comes in versions compatible with Ableton Live 9, Logic Pro 10 and Kontakt 5, Sample Magic’s co-founder Sharooz Raoofi selected his favourite presets and patches from 17 synthesizers and 13 drum machines and recorded over 7300 samples. Roland classics like the TR808, TR909, TB303, Jupiter 8, Jupiter 6 and SH101 all feature, as do the Arp Odyssey, Sequential Circuits Pro One and Prophet 5. 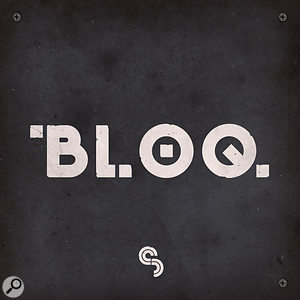 For ease of use, the drum machine and synthesizer have their own interfaces, so BLOQ should really be thought of as two separate instruments. The synthesizer interface is topped by a menu of presets that includes basses, pads and lead sounds. Editing sounds is mostly done by moving an array of virtual sliders that look like those found on old Roland SH101 and JD800 synths. Each sound can be thickened by detuning and balancing two unison voices and then modulated with tremolo, auto-pan and pitch-modulation. Further voice shaping is done using a line of filter and envelope sliders and there are three LFOs that can be used to drive the modulators and certain filter parameters.

At the foot of the interface is the processor section, fitted with a compressor, EQ and tape simulator. There are send effects too (a phaser, chorus, delay and reverb), but their parameter controls have their own page and so only the send level dials appear on the interface’s main page.

The drum machine’s interface also includes a compressor, EQ, tape emulator, delay and reverb, but looks quite different to that of the synthesizer, chiefly because it is designed to play eight voices rather than one and has a set of eight virtual drum pads for playing the ‘kit’. Although there is a menu of preset kits to choose from, any sound can be assigned to any pad, so it’s possible to build a hybrid kit from different instruments. For example, just one kit could comprise sound samples taken from classic Roland, Korg, Emu, Akai and Nord rhythm machines, and then there are voice, envelope, filter and transient sliders for modifying each pad sound within the kit itself.

Both the synthesizer and drum machine have a 32-step sequencer with tools for modifying the pitch, length, octave and accent of each step, however, the synthesizer’s sequencer adds a chord function with a row of dials that modify how the chords are played, while each of the drum machine’s eight sounds have their own channels.

All in all, BLOQ is a really exciting instrument. It brings together a whole bunch of classic sounds and provides a couple of complex but easy-to-use interfaces with which to play and edit them. The sound quality is first rate and the processors and sound-editing tools are just right. At this price it’s great value and I’d say an essential purchase for anyone even vaguely interested in electronic, dance, pop and hip hop production. Tom Flint