For this collection, Bulgarian producer Ivan Shopov teamed up with sound designer and producer Airbag Killex, presumably intending to create something that would appeal to a wide range of electronic music producers, as well as jobbing composers working in the film and television industry. The results of their collaboration amount to 1.91GB of 24-bit WAV, Kontakt, EXS24 and NNXT content. 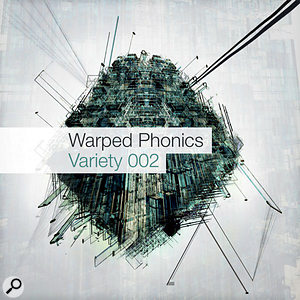 The team have managed to sort the samples into just seven main folders, entitled '1 Shots', '100 BPM', '125 BPM', '140 BPM', '170 BPM', 'Sampler Instruments' and 'Xtras'. All four 'BPM' folders contain identically named subfolders, which give a reasonably good indication of the style of samples they contain.

It's probably best to think of the material in the subfolders called 'Atmostpheres & Textures' as sound-design ideas. Shopov and Killex obviously enjoy sci-fi and have come up with noises and soundscapes that could easily find their way into the scores of countless films and games. Some are coarse and grainy, evoking thoughts of alien insects scuttling about; others are more like smooth pad sounds, albeit with rather unsettling metallic textures. These are the sort of noises that bounce around the corridors of industrial spacecraft in Ridley Scott films, and inside the minds of David Cronenberg and David Lynch.

The samples categorised as 'Circuit Bent Synth Loops' are more in-your-face and would be suitable for hard-edged techno tracks. Funnily enough, the material in these folders also reminded me of the kind of raw, innovative effects used in early episodes of Dr Who.

Two more folders, called 'Warped Drum Loops' and 'Modified Percussion', feature samples that, by their very nature, are rhythmical and percussive and less like sound design. I noticed one or two loops leaning towards pop R&B, but most might be described as experimental techno.

The last folder worth mentioning — '1 Shots' — is dedicated to glitch sounds, defined as being 'Evolving Glitches', 'Glitch FX' and 'Mini Glitch Hits'. Quite a few examples sound like heavily processed samples of children's toys and old video game noises. Others are a little kinder to the ears and employ dub-like delays.

What's most striking about Warped Phonics is the amount of variation there is within each of its folders, given that the material is fairly genre-specific. This isn't just the result of tweaking software synths and mixing down, although some loops were made in that way. For some sounds, a Barcus-Berry contact mic was placed on the studio desk to capture finger scratching and tapping noises, the cracking and rolling of walnuts and the sound of a glass rotating. Quite a number of old and new hardware synths, drum machines and samplers were used, to create performances that were then edited in Pro Tools. The producers have clearly enjoyed experimenting with textures, layers, effects, ambiences and editing, and their exuberance shines through in the material.

Anyone wanting to liven up a dour bread-and-butter sample collection should shortlist Warped Phonics. Tom Flint