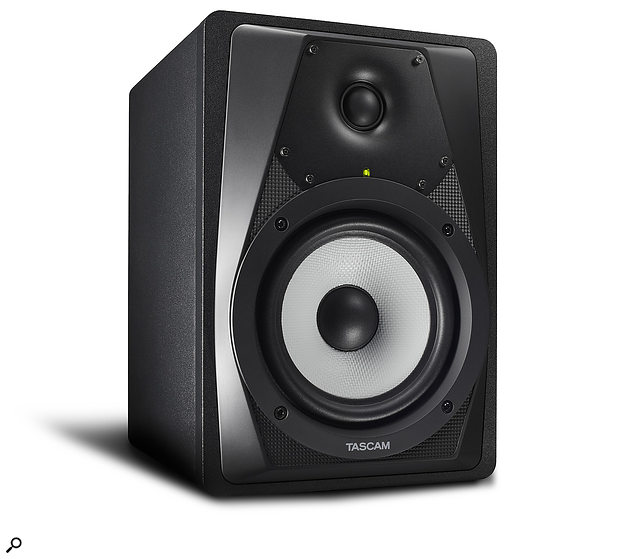 Tascam’s updated nearfield monitor offers commendable performance for a very low price. What’s not to like?

Tascam’s VL-S5 is the successor to their now discontinued VL-X5 model, and like that speaker it is designed for home-studio applications. This two-way, rear-ported active monitor features a one-inch silk-dome tweeter in a shallow waveguide, along with a 5.25-inch Kevlar-coned woofer, crossed over at 3.2kHz. The woofer is driven from a 40 Watt power amplifier and the tweeter from a 30 Watt amplifier.

Balanced input connections reside on the rear panel (on XLR and quarter-inch jack), and a continuously variable, centre-detented pot sets the input level. Magnetic shielding is built in for use close to sensitive equipment such as CRT monitors, though this is far less of an issue now that virtually everyone uses flat-screen displays. RF interference filtering, output protection and thermal protection is built in. 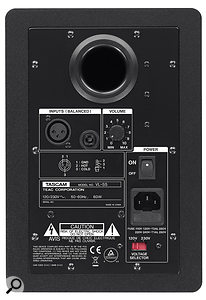 The rear panel houses the balanced jack and XLR inputs, plus an input-level control.Measuring just 176 × 255 × 200 mm and weighing 5.2kg each, these speakers are clearly intended for the smaller studio or for desktop applications. The cabinet work comprises an unfussy black plastic foil-covered box with radiused corners, and the drivers are set into a rigid, moulded plastic baffle that also incorporates a green power LED. The casework seems quite solid and shows no obvious resonances when tapped. Mains voltage is switchable from 110 to 230 V via a rear-panel slide switch, and that’s pretty much it (there are no EQ controls). The quoted frequency response is 60Hz to 22kHz, and while I could find no maximum SPL data, there’s adequate level for nearfield use.

With a typical price of well under £180 a pair (though they are also available individually), the VL-S5 sits in what might be considered the entry-level price slot. Given their price, though, they perform rather well, and although they have shortcomings when compared with high-end, more accurate monitors, they still provide a good enough tonal balance to produce reliable mixes, as long as you do a second check on headphones to make sure the limited low end (and your room acoustics) aren’t hiding anything from you. The stereo imaging is fine and the bass, though a touch unfocussed, is reasonably deep and solid for such a small speaker, and improves further if decent speaker platforms are used.

There’s plenty of mid-range detail and the highs are nicely presented, though there’s a very slight ’spittiness’ on material that has a lot of HF content. That doesn’t worry me too much as it just means that your mixes will probably sound better than you think they do when replayed on a more refined speaker system.

The sound remains clear unless you push the level beyond the speaker’s comfort zone, but given that most users will be sitting right in front of them, that shouldn’t happen often. In all, the VL-S5s are attractively priced and turn in a good performance. If you’re after a small set of monitors on a budget, they’re definitely worth checking out.

There are many options at this end of the market, from the likes of Tannoy, Samson, Alesis and RCF, among others.

If you’re on a tight budget and you need some compact monitors that will let you get some serious work done, these are well worth considering.