The company ethos for Norwegian sonic creators Wrong Tools is evident from their strap line; ‘We make samples, you play.’ Apart from being a delightful principle by which we can all live, their expanding catalogue overflows with Scandinavian appeal, no more so than with their latest venture, Plateau. 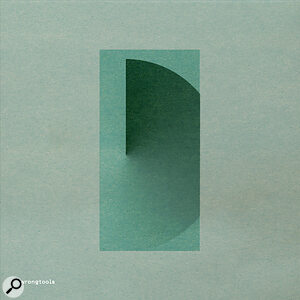 This library is another Kontakt instrument, stocked with 790 samples, curated into 96 instruments. Each of these are user controllable, to quite some degree, thanks to Kontakt’s usual ability to effortlessly handle MIDI CCs from a DAW or MIDI hardware.

Plateau is best described by Wrong Tools as a package of Arctic Soundscapes, re‑synthesized from strings, flutes, bowed guitar and prepared piano, but don’t expect any of this content to be overtly obvious, because that’s not the overall game‑plan.

To provide an idea of scale, Plateau provides 3.27GB of sample data, much of which either appears to be elongated at source or certainly will be by the time it’s gone through many cycles of manipulation within Plateau’s effects. The methodology here is pretty compelling, with several elements available to utilise.

Firstly, the samples within a given patch are presented via a fader, where the sample itself may be activated or deactivated. Clicking at the top of each fader reveals a channel‑strip element, with panning and EQ control. It’s important to note that just because a sample isn’t initially audible, that doesn’t mean that it’s not in play. Routing options can dictate a degree of interplay between samples, accessed later in the modulation signal flow.

The most used control elements are always in view, via a bank of faders to the left of the Kontakt window. These include basics such as volume, through to reverb and delay effects, with modulation from LFO sources. There’s also a basic low‑pass filter.

These parameters only tell about a third of the story though, as the settings icon, located at the bottom of the window, provide further editable elements such as attack/release time, LFO and delay rates, and even a custom‑definable velocity curve. But it’s within the FX Sculpts section that the magic happens, with defined effects which benefit from user or automated control, through an X/Y grid that springs into view upon activation. By way of illustration, ‘Pigment’ chops sounds into grains, whereas ‘Huldra’ and ‘Polygon’ will provide ‘cinematic smears’, with the latter adding overdrive distortion. You can probably guess what’s on offer from the ‘Sadistfilter’. While there are many patches to entice and inspire, it’s all up for editing, and I’ll forewarn that this rabbit hole runs pretty deep.

Plateau is a sensibly priced instrument, which falls entirely within the cinematic and ambient categories. Much of the content takes a while to get going, but once it does, there’s beauty in its purity, alongside overdriven overtones and moments of angry undulation. It’s very classy in its own way, but stylised, providing instant Scandi‑sophistication, which is unreservedly in vogue.