With their size and metallic makeup, gongs are far more useful than for simply announcing the arrival of a dignitary, or signifying that it’s time for dinner. With a relatively large surface area, they have capacity to generate beautiful harmonic overtones, with a longing sustain that extends with the gong’s size. 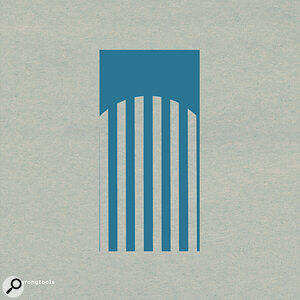 Sample company Wrong Tools have rightly decided that it’s time to explore the gong beyond the obvious hits and strikes. Their new library Torus presents gongs in the format of a Kontakt instrument, laced with interesting colour and effects.

There are three sections available, with the first relating to hall‑based recording sessions. So far so obvious, but that’s where the library veers off piste. The selected instruments for these sessions are Feng Gongs, which are more akin to giant cymbals. As a consequence, they might be regarded as brighter than the more usual gongs, with an extraordinary array of harmonics in the upper frequency echelons. There are five articulations in this section, including scrapes and hits, but it’s the bowed articulation that provides a bounty of sustain and harmonic richness, perfect for that horror soundtrack. With simple fader‑based adjustment between close‑up and room miking, creating the right ambience is simple.

The second section provides a room‑based capture setting, taking the concept further with the addition of articulations using chains, brushes, mallets and sticks, the latter being used in various locations across the Feng Gong’s surface. Wrong Tools have used three mics for capture, in the shape of a Coles ribbon mic, Neumann KM84 and Shure MKH800. The Coles provides a more nuanced and darker timbre, thanks to its roll‑off in the upper frequency band, with the brightness readily available through the KM84/MKH800 mic channels.

The final section in this trilogy is titled Cinematic Gongs and it’s where the sound‑set takes a radical turn. Alongside the more commonplace hits and scrapes, the gong has undergone a number of preparations. Examples include use of different materials for rubbing and scrubbing a variety of different gong‑like instruments. Contact microphones have also been used, with a bass speaker sometimes employed to generate vibrations and further resonate the gong at hand. The net gain of all of this is a section which is bountiful in otherworldly sounds, but that’s not the end of the experimentation story. Torus is equipped with a number of editable elements, not least envelope control, LFO and effects. These vary from one instrument to the next, with the Cinematic section providing the largest canvas of sorts, by way of an X/Y controller pad, which ignites real‑time control of the Kontakt interface via clicking and dragging, or by use of MIDI CCs. It’s a feast of metallic and mysterious tones, across all frequency points, from bright to dark and brooding.