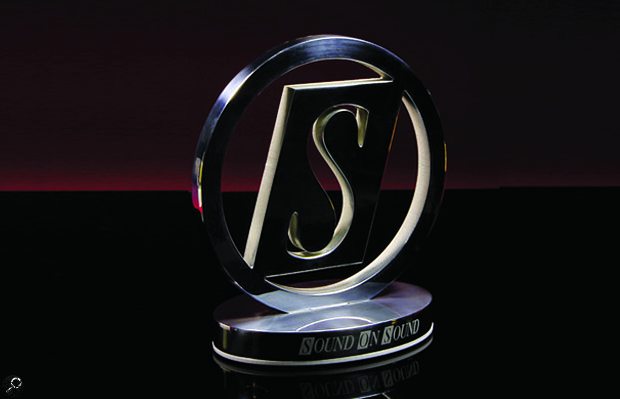 The SOS Awards launched in 2010 with a mission to honour and celebrate the finest products in our industry.

The ‘Gear Of The Year’ awards, chosen by the readers of Sound On Sound

Voting opened on October 16th for the 11th annual SOS Awards and continues throughout October and November 2020. The results will be compiled and announced on our website and social channels in January 2021, since there is no Winter NAMM show

Each category consists of a shortlist of nominations, chosen by the SOS editorial team, and we’d like you to help us identify the outstanding product in each group. You are not required to vote in every category — if you don’t have any strong opinions on some of the product groups, then there’s no need to vote for anything in those categories.

We took the decision back in 2017 to focus the nominations on products that came on sale, or were tested and reviewed by us, in the 12 months prior to the voting cut-off date, thereby placing a greater emphasis on innovation and contemporary design.*

We were delighted to see that the change resulted in even more of our loyal readership letting us have their considered opinions on the year’s new products. The changes we made to the nomination categories at the same time also seem to have been appreciated, helping to keep the nominations appropriately focused and relevant. Markets move and change over time, and it is important that we should be able to move and change with them. Having been well received by nominees and voters alike, we’ll be sticking with the new format for the foreseeable future.

* The DAW nominations retain the same criteria as before, with all the major players listed. With some DAWs now being available on a subscription model and most having at least a ‘point’ update during the year, we felt this was the only fair solution that would give all voters the chance to express a preference.

To see the rules for voting, please click here.