Looking To Put Together A Home Studio? Skip to main content

Looking To Put Together A Home Studio? 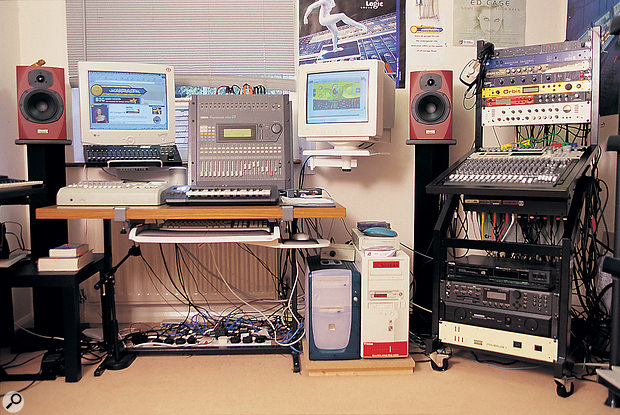 Nowadays, a modest laptop and interface setup can provide more power than even a large rack full of equipment.

Looking to put together a home studio? It’s probably cheaper than you think, provided you spend your money wisely.

One of those phrases that just keeps popping up in relation to music production is: “It’s all done on computers these days.” That’s something of a simplification, but only a fool would deny that it has an element of truth. Those old-style VU meters and clunky switches so typical of ‘classic’ studio gear are now more commonly found in rendered form inside a plug-in window than bolted into a rack of equipment. Faders, too, seem to have disappeared from home studios: where once even a modest studio would’ve had a Mackie desk hooked up to synths, samplers, effects and whatnot, these days you’re more likely to be setting your levels using a clicking-and-dragging motion.

Now, whether this is a good or a bad thing is a subject of some fierce debate — particularly online, where people are prone to presenting opinions as fact. Those in the hardware camp generally cite sound quality as the main argument: there are, so they say, so many variables, subtleties, nonlinearities and distortions inherent in analogue signal processing that it’s impossible to mimic them all in software, and so plug-ins will always be inferior to the real thing. It’s a compelling argument, and it may even be true, but there’s also a certain element of snobbishness that hashtag-team-hardware can sometimes demonstrate, and which can be very intimidating for people who are still learning the studio ropes. It’s also the case that software recreations of analogue equipment have come on leaps and bounds in the last decade or so, to the point where some plug-ins are so close, sonically, to their hardware counterparts that the substantially higher price of hardware becomes rather tricky to justify.

Some of the more outspoken hardware advocates would have you believe that it’s impossible for anyone to make good music unless they’re in possession of some esoteric preamp, valve equaliser, classic compressor, or what have you, and for some poor kid who’s just spent all his hard-earned paper-round money on a hundred-quid microphone, reading such ‘advice’ must be pretty disheartening. Fortunately for them, it isn’t true: people have released (and still do release) very successful records produced entirely on budget equipment — the classic example being Bruce Springsteen’s Nebraska, which was recorded entirely on a Tascam Portastudio. More recently, the Streets are said to have made their first album using little more than a MacBook.

I say ‘little more’, but there are, necessarily, certain parts of the production process that require physical tools, namely those at the beginning and end of the recording chain: a recording interface and some means of monitoring. It could reasonably be argued that monitoring is the most important part of a studio. If you can’t hear accurately what you’re recording or mixing, how can you be assured that what you’re doing is actually any good? Fortunately for you, we’ve published reams of advice on how, when, where and why to buy monitors, but for now I’ll just reiterate the importance of having a good set of speakers — and a good-sounding room to put them in. Do not skimp on this bit: there are many perhaps more exciting bits of gear that you may pine for, but you really must sort your monitoring out first. And if your budget precludes decent speakers and room treatment, then headphones are the obvious answer. Again, we printed a handy headphone guide recently (http://sosm.ag/spotlight-0215), which includes some very affordable options.

At the other end, you’re going to need some means of getting audio into your computer — the specifics depending on what exactly you want to record. Plan to record a full band, including drum kit? Then you’re going to want at least an eight-channel interface. Just doing vocals for rap or dance-music projects? Then a simpler one with a modest channel count will do.

There is also, of course, the small matter of microphones. Typically, you’ll need at least one for every instrument you plan to record simultaneously — and in the case of, say, a drum kit, you may even need several. But even so, they needn’t cost the earth. Drum-mic kits are often a very wallet-friendly way of picking up half a dozen or so mics at a time, most of which will be perfectly suited to a wide range of sources besides drums. 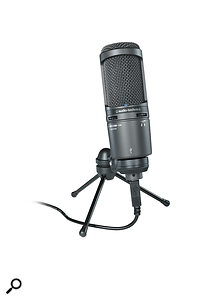 Some USB mics, such as this one from Audio-Technica, include a headphone output, giving you a means of recording and monitoring from the same device.If you’re on a very tight budget, or you just value simplicity, one of the many USB microphones that’s now available would be worth considering, with the advantage that you don’t even need an audio interface to go with it (provided you can live with recording just one acoustic source at a time). Some of them can be surprisingly good, but keep an eye out for ones that also include a headphone output, as these are truly bi-directional interfaces, allowing you to both record and monitor using the one device.

Chairman Of The Outboard

And that — apart from things like cables, mic stands, and other such sundries — really is all you need to start making music! That being the case, then, why do people spend oodles on outboard gear? Well, there’s the sound, of course, as mentioned earlier, and also the more visceral user experience. There’s an undeniable satisfaction in hitting a chunky spring-loaded button, or hearing the ‘clunk’ of a switch as you engage a compressor or EQ band — and as trivial as those things may seem, if they make a studio-dweller happier in his music cave then they’ll likely make him more creative, too. (I suspect this is one of the reasons people are so keen to defend their own equipment choices — the distinction between ‘the best’ and ‘my favourite’ has a way of getting lost when people are discussing the things they’re passionate about...) 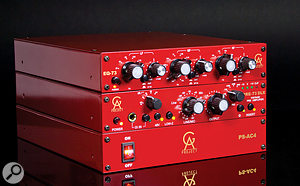 Golden Age Project produce a range of highly affordable outboard gear that is based on some classic (and expensive!) designs.So while racks of outboard may not be strictly necessary, you might still consider them worth having — and the good news is that it’s possible to build up a formidable collection of the stuff without breaking the bank too much. Probably the most sensible way to do so is to go for one of the many ‘clone’ racks on the market, rather than pay a premium for a classic device. For example, an original Urei 1176 compressor could easily set you back over two grand, but companies such as Warm Audio and Wes Audio make ‘76-a-likes’ that come remarkably close in sound, yet cost a fraction of the price of an original.

In EQ world, the Pultec EQP1A is considered something of a Holy Grail, but again there are some much cheaper ‘homage’ options out there. One company worthy of mention are Golden Age Project, whose raison d’être seems to be to produce affordable versions of classic preamps and signal processors — mainly Neve-inspired designs, but they’ve also recently branched out into 1176 territory. If you’re hankering after a 1073-style preamp or EQ but think you can’t afford it, you might be pleasantly surprised by the price of their offerings.

Finally, the API Lunchbox format has much to recommend it for the would-be hardware user on a budget. The racks are a little pricey on their own, but once you’ve got one you can fill it with some seriously good-quality processors for a great deal less than the equivalent 19-inch rack would cost. Be warned, though: like with modular synthesizers and amphetamine habits, the 500-series route is said to be a very slippery slope...