Q. Are expensive multicore cables really worth the money?

I've been looking at multicores, and wondering how much quality matters. People say that only the best cables should be used, and I know a cheaper one would probably break sooner, but is there a massive difference between a $100 and a $300 one? Am I likely to suffer more crosstalk and interference with a cheaper multicore? 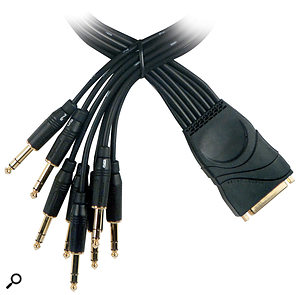 High-quality multicore cables can be very expensive, but whether or not you should spend the money may simply come down to how you plan on using them. A less expensive one may actually last very well if you're not planning on moving it from venue to venue, night after night.

SOS Technical Editor Hugh Robjohns replies: A lot depends on how you plan to use the multicore. For example, if it's being gigged in different venues every night, and pulled and kicked about by roadies desperate to get a curry before the restaurant closes, a cheap one will probably lose channels almost daily and be completely dead within the month. On the other hand, if it's part of a permanent install in a private studio and used carefully only by you, a cheap one will probably last a lifetime.

The multicore cable itself isn't really the issue, although it is certainly true that better cables (by which I mean lighter, more flexible, with better screening, and designed to be easier to terminate) do cost more. However, most of the cost of a multicore system actually goes on the construction, and paying more generally means you get better quality connectors and a much better standard of internal wiring in the end boxes.

Systems with detachable end or breakout boxes are more expensive than those with permanently wired breakout boxes, because of the additional connectors and wiring involved. They are often easier to rig and de-rig, and can be more reliable in heavy-use situations, but the quality of the cable and box connectors is critical — and good ones are frighteningly expensive!