Q. Can I feed my monitors from my audio interface’s headphone output?

I want to add another set of monitors for A/B referencing, but my interface has only one set of monitor outputs. I don’t want to degrade the signal in any way. Is it possible to simply use a splitter adaptor to separate the stereo channels from the headphone output into a left and right output to the monitors (without any buzz or hum)? I don’t really need the switching facility as I’d use software for that. 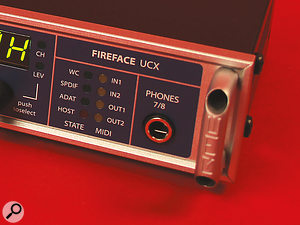 Your interface’s headphone output can be used to feed audio to your monitor speakers, but it’s unlikely to be the best option.SOS Technical Editor Hugh Robjohns replies: You can do that but it is an unbalanced signal, so the likelihood of ground-loop hums and buzzes is inevitably quite high. Headphone outputs also tend to be noisier and often suffer higher distortion than dedicated line outputs. (At the end of the day, it’s a small power-amp stage rather than a proper line driver.)

There are plenty of ready-made balanced line-level switch boxes on the market, though (try Coleman, ART or Radial, for example). However, most such products seem surprisingly expensive for such a simple device — so it might be worth considering investing in an affordable passive monitor controller, which can cost very little more. I know you said that you’d manage the selection via your software, but in the event of an error on your system resulting in full-scale digital noise being sent to the monitors, it’s handy to have a hardware volume control or mute button to hand!