Q. How do I perform a SysEx dump from my Korg Kaoss Pad? 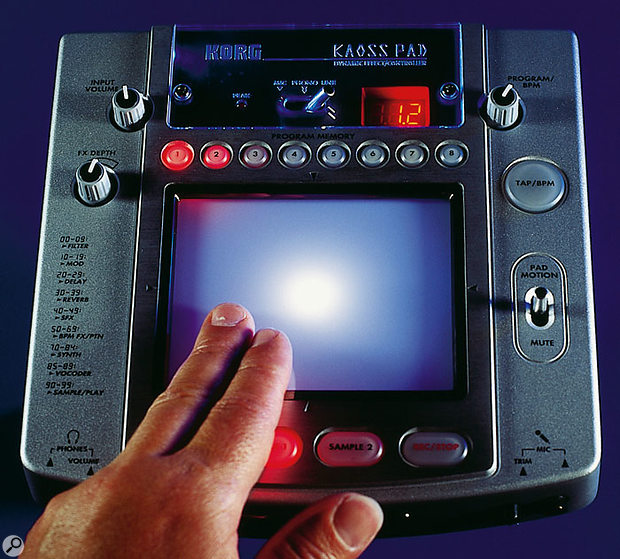 Send an All Data Dump message to the Korg KP2 and it will return a SysEx dump.

Is there any way of doing a SysEx dump of the program memories of my Korg Kaoss Pad into Logic on my Mac? I need to recall certain settings quickly for a theatre show I'm working on, but want to free up the memory slots for working on other projects. The manual suggests that you can do this, but doesn't actually explain how.

Reviews Editor Mike Senior replies: I'm using the Korg KP2 myself, rather than the original Kaoss Pad, but its manual refers to a separate MIDI Implementation, which I've tracked down to the following URL: www.korg.co.jp/support/software/midiimp/kp2.pdf. This suggests that you have to send the KP2 an All Data Dump Request message, in order for it to return a SysEx dump. The message (in hexadecimal) is: F0 42 3C 67 (the KP2's Exclusive Header) 0F (the All Data Dump Request) F7 (signalling End Of Exclusive).

The original Kaoss Pad actually has no SysEx dump function, such as that available on the KP2 — it was apparently implemented on the KP2 in response to requests from users of the KP1. Also, the KP1 has no MIDI input socket, which means you wouldn't be able to send an All Data Dump Request message anyway!