Q. Should I opt for active or passive monitors? Skip to main content

Q. Should I opt for active or passive monitors? 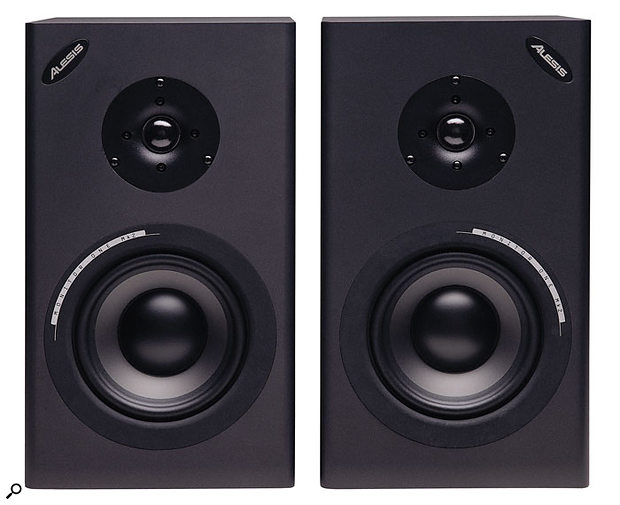 One advantage of passive monitors is that the two components of your monitoring system — the speakers and the amp — can be upgraded separately, allowing a more gradual and less expensive progression to better-quality gear.

I'm interested in buying a pair of Alesis Monitor 1 MkIIs. Should I buy the passive versions and a good amp or just go for the active versions, which cost £100 more? I've always thought that active monitors are a bit of a gimmick and don't give a good sound, but I have now been told that they will give the best sound, as there is no crossover. Can you help me?

Technical Editor Hugh Robjohns replies: In the middle and upper parts of the monitor market there is no doubt that active models offer significant advantages over passive designs, such as optimised power amps for each driver, optimised driver-protection circuitry, short and direct connections between amps and drivers, more complex and precise line-level crossovers, and so on.

However, at the budget end of the market these advantages are somewhat clouded by the inherent problems of achieving a low sale price. Most notably, many models are saddled with poor-quality power amps and power supplies that have been built down to a price rather than built up to a standard. Obviously, I'm painting pictures with a very broad brush here — there are some good and some less good designs out there — but the generalisations are true.

Active speakers come in two forms: true 'active' monitors, which have a separate amplifier for each driver, and 'powered' monitors, which have a single amplifier built into the cabinet, feeding both drivers via a normal passive crossover. In examples of the latter, you often get a better amplifier because you are only paying for one amp and not two (or three, in the case of a true active three-way monitor), while retaining the advantages of having an integrated package with very short internal speaker cables and so on. In the case of a well designed two-way speaker, a passive crossover can deliver superb results, and there is often little, if any, quality advantage from employing a complex line-level active crossover instead.

However, one facility that's easy to implement in active designs with line-level crossovers is user-adjustable EQ tweaks. These can be helpful sometimes in matching the speaker to the room, but in inexperienced hands such facilities can often be more trouble than they are worth because they can be mis-set... and usually are!

Perhaps a more relevant argument against budget active speakers — for me, at least — is the difficulty of upgrading. When the time comes to move up to a higher standard of monitoring, you will have to change both the speaker and its integrated amps. This inherently means that upgrading has to jump in large financial steps. On the other hand, if you go down the passive route you can upgrade the speaker separately from the amp, and vice versa. That approach allows you to improve the quality of the complete system in several easier and more cost-effective stages.

For example, you could start off with the best passive monitors you can afford and a reasonable amp (possibly second-hand — there are plenty on the markets as people switch to the more 'fashionable' active monitors), then maybe upgrade the amp to something that will warrant a better speaker after a year or two, then upgrade the speaker, and so on.

For what it's worth, all my 'little speakers' are passive designs coupled to good quality amps, in some cases with the amps fixed to the back of the speaker to make a 'powered' unit. I have found this approach to provide the best-quality result whilst still being very cost-effective and flexible.