Q. Should I use more than one master bus for processing? Skip to main content

Q. Should I use more than one master bus for processing? 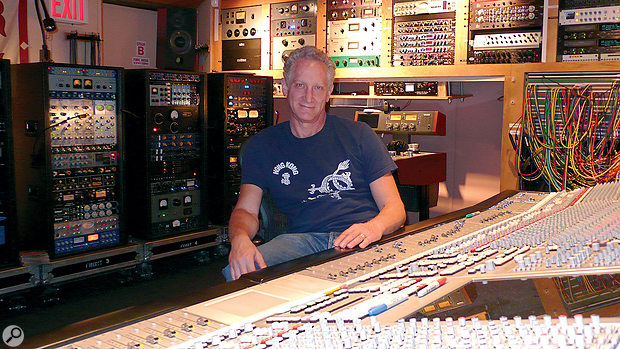 Michael Brauer, probably the most famous proponent of a multi-bus mixing setup.

I already make use of processing on my master bus during mixdown, and often end up using a combination of compression, gentle saturation, tape emulation, and/or EQ on my main output channel. However, I increasingly hear people extolling the virtues of a multi-bus system for mix processing, where you mix everything to a handful of parallel submasters, each with its own master-bus-style processing, before passing a mix of all those to the overall master bus. What’s the rationale behind this technique, and what am I missing out on if I’m not currently using that approach?

Mix expert Mike Senior replies: The idea of multi-bus mixing of the type you’re talking about has been popularised in particular by mix engineer Michael Brauer (there’s a decent overview of his specific implementation on the Audient blog at http://blog.audient.com/post/29328828590/multibus), but in my own research into the studio techniques of hundreds of different producers, I’ve found plenty of other high-profile people using broadly related methods.

As I see it, the crux of the matter is that if you find yourself in a situation where a single master-bus processing chain simply isn’t flexible enough to cope with the complexity of your full-mix signal without unacceptable side-effects, then that’s the point at which multi-bus processing begins to make sense. Indeed, that’s the very impulse which apparently inspired Brauer to develop his own system: while mixing Aretha Franklin’s ‘Freeway Of Love’, there came a point where he couldn’t push the bass up any further without the master-bus compressor freaking out and pulling down the relative vocal level.

So let’s say, for instance, that you love the sound of a certain combination of saturation and heavy bus compression on your drums and bass, but it’s making your guitars pump unduly and/or sound tonally congested. That’s where it starts to make sense to process the guitars via a separate bus using different settings. Crucially, though, you may find that it’s just a question of degree, in which case you might feed some of the guitars to your original drums-plus-bass bus, but some to the separate bus as well, one that’s cleaner and less compressed, presumably.

For my own part, the most common thing that causes me to move to a multi-bus system is when I’m setting my master-bus compressor with a fast attack time to trigger strong gain-pumping effects (particularly on rock music), but I don’t like how that’s robbing low end from the kick drum. Feeding some of the kick drum to a separate compression-free bus can square the circle in that case, maintaining a powerful kick-drum sound despite the wildly bucking compression operating over everything else. Another scenario that’s not uncommon is where the lead singer is being undesirably ducked by the effect of drum peaks on the master-bus compressor. Again, shifting that vocal to its own bus can remove or reduce this gain-pumping side-effect, improving intelligibility.

Personally, though, I think most project-studio engineers get far too hung up on these multiple master-bus techniques. It has its uses and benefits, but as with any other mix-processing technique, I don’t think it’s something to apply as some kind of unthinking mixing template. Better to call on it only when you have a clear idea of why you need it, rather than adding unnecessary complexity to your mixing workflow just because you’ve heard that’s the way ‘the pros’ do things.