Q. What mic technique is best for recording stereo ambience? 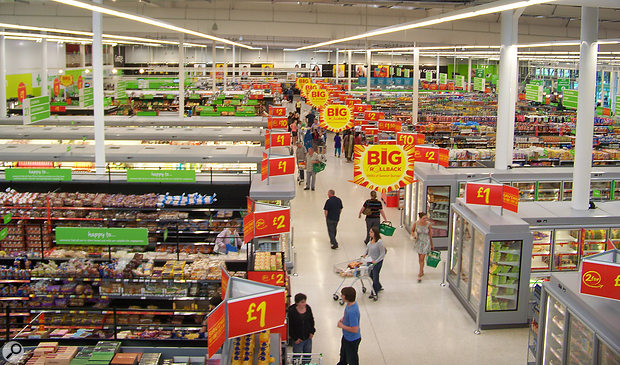 When recording ambience in privately owned spaces such as supermarkets, bear in mind that technically you'll need permission from the property owner to record there — and they will often deny it.

What are your thoughts on recording stereo ambience on location (such as in a forest, supermarket, office, or restaurant) for use in movies, podcasts and so on? I'm interested in your thoughts on polar patterns and stereo techniques. Have you tried different options for the same scenario? What worked best?

SOS Technical Editor Hugh Robjohns replies: First, be aware that the "supermarket, office, or restaurant" environments are all private property, so you'd need permission from the owner/manager to record there. They'll often decline because of fears about customer/client privacy, with the recordings picking up private conversations.

As for recording techniques, if this is for ambience and background effects (ie. sounds you specifically want not to distract from foreground sounds), I'd recommend a binaural, Jecklin-disc, or other near-spaced technique. Binaural and Jecklin disc will pick up sounds from 360 degrees, whereas a technique like ORTF, or better still NOS (with its wider mic spacing), will provide useful front-back discrimination to help reduce unwanted sounds from behind if that is necessary.

Spaced mic techniques capture a lot of inter-aural time differences and, when replayed over speakers, result in a rather vague and almost 'blurry' stereo image. The result is that the listener perceives a good sense of spaciousness and source movement, but not precise positioning — and that combination makes for a relatively non-distracting background ambient effect. Most of the BBC's (modern) in-house stereo sound effects (originally issued on CD) were recorded using binaural techniques for this very reason.

Coincident stereo techniques inherently create pin-sharp imaging, which tends to be attention-grabbing and thus unhelpful when capturing material intended for background effects. So X‑Y and M‑S techniques are not recommended for this kind of recording application.