Q. When should I change the valve in a mic? 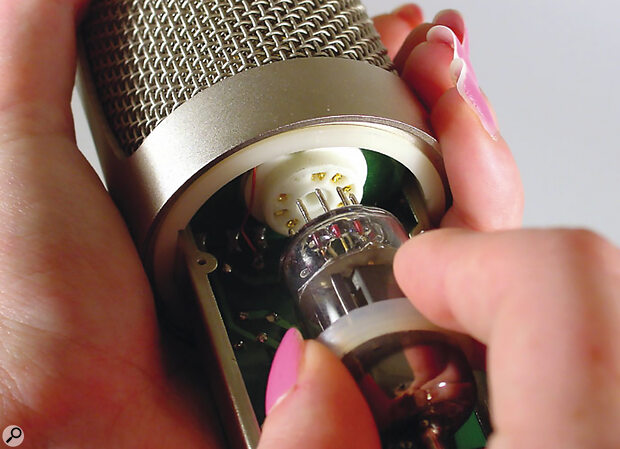 Unless faulty, the valve in a tube mic should need replacing only rarely — we’re talking decades!

How often do you need to change the valve in a microphone? How do you know when it needs changing? I have an MXL Genesis with a ‘vintage NOS Mullard’ 12AT7, which isn’t difficult to find. Would you recommend buying the same thing or will any ECC81 valve do the job just as well?

SOS Technical Editor Hugh Robjohns replies: The valves in most mics are not electronically stressed and will have a life spanning many, many decades. Arguably, modern valves aren’t built quite as robustly as those from the valve heyday, but even so I wouldn’t expect to need to change a valve for at least a decade or two. In fact, it’s more likely that capacitors will fail before the valve does.

Modern valves aren’t built quite as robustly as those from the valve heyday, but even so I wouldn’t expect to need to change a valve for at least a decade or two.

If you’re getting a lot more noise or distortion you could try a new valve as part of the fault‑finding process, but it’s not something to change after a specified number of hours’ use. If you don’t like the sound of the mic, I’d suggest you change the mic. While valves can exhibit very subtle differences, a new valve is unlikely to make a significant difference to the sound. If you do like the sound of the mic, then it might be worth keeping an eye out for a good deal on a decent NOS Mullard to keep as a spare, but if it’s working well now, there’s no rush.