Q. Why are S/PDIF cables specified at 75Ω? Skip to main content

Q. Why are S/PDIF cables specified at 75Ω? 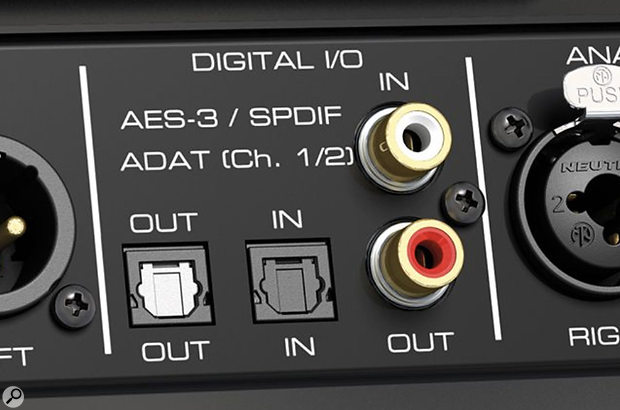 S/PDIF RCA connectors will physically accommodate any cable with an RCA connector — but to work properly for this digital protocol, it should be a 75Ω cable.

In a digital S/PDIF cable, what exactly is the 75Ω specification a resistance measurement of?

SOS Technical Editor Hugh Robjohns replies: It’s the ‘characteristic impedance’ of the cable, and the value is specified because it’s important for the driver and receiver at each end of the cable to have the same (matching) impedances. If they are not correctly matched, the interface won’t operate correctly and will be unreliable or could even fail completely.

Strictly speaking, only ‘transmission lines’ have a characteristic impedance, and a transmission line is a special type of cable configuration. However, the higher the frequency of the signal, the shorter any cable needs to be before it behaves like a transmission line. As the S/PDIF digital signal contains fundamental frequencies of 1.5 and 3 MHz, even quite short S/PDIF cables behave like transmission lines. The same effect also occurs at audio frequencies, but only if the cables are massively long — as in, long like overhead telephone wires between cities!

One result of working with a transmission line is that if the end of the cable is not correctly terminated, the signal partially reflects back towards the source. Consequently, the reflected portion can interact with the signal being transmitted to attenuate or even completely cancel it out, which is obviously not helpful! It can also cause repeated signals which you might have seen as double images or ‘ghosting’ on video monitors.

As for the actual characteristic impedance measurement, a simple way of thinking about it is to consider a simple cable as being two parallel wires. Each wire effectively comprises distributed inductances and resistances, and as the wires run parallel to each other, there are also distributed capacitances between the two wires. If this notional cable is infinitely long and an alternating signal voltage is injected at one end, current will flow through the inductances and charge up the capacitances until a steady state is achieved. At this point, a certain steady AC voltage will cause a certain steady AC current to flow, and using Ohm’s Law (R=V/I), we have a measure of the cable’s characteristic impedance.

For standard video coax cable the characteristic impedance is nominally 75Ω, and RF (aerial) coax will be either 50Ω or 75Ω, depending on the type and application. Microphone, AES3, and Cat5/6 cables are all around 100Ω to 110Ω, while old-fashioned overhead telephone cables are nominally 600Ω — a value that might ring bells as being the standard impedance employed in the obsolete standard for vintage audio equipment interfacing.