Q. Why do I have to keep fast-winding my DATs? 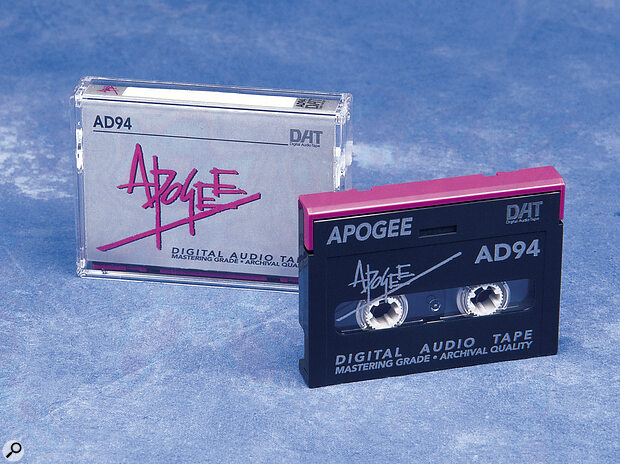 I have a quick question that I hope you can help with. I have been working with a sound engineer who claims that before you do any recording to a new DAT you ought to fast‑forward to the end and then rewind to the beginning, in order to reduce digital glitching. He also claims that it is wise to rewind the DAT each time you put it away. Is this necessary? What happens if I don't? It would put my mind to rest to have a more definite answer.

Assistant Editor Mike Senior replies: When DAT tapes (including ADATs) are made, they are inevitably in an environment where there's a lot of magnetic dust, from tapes being cut and spooled. By winding and rewinding your DAT before using it, you can 'dust off' the tape before you use it, which lessens the risk of loose oxide deposits increasing the digital error rate. Also, as the tape may have been spooled on at high speed in the factory, the process of winding it forwards and backwards at the slower rate used by your DAT machine can also help pack the tape more evenly, subsequently allowing the transport to regulate tape tension more effectively — this point applies to analogue tapes just as much as it does to digital ones.

As to why you need to return to the top of your tape before taking it out of the machine, this is because of the difference between the mechanisms used in DAT machines compared to, say, those used in ordinary cassette machines. Ordinary cassette tapes are played by a movable head that is pushed down onto the tape. However, DAT tapes are played quite differently, because the DAT player's head is a much more complicated affair and therefore not particularly mobile. When you insert a DAT tape, you've probably noticed that there is a little pause while whirring sounds emanate from the machine. This is because the machine is pulling a loop of the tape out of the body of the DAT cartridge and is threading it around the head assembly. The stresses put on the tape by this physical process can increase the likelihood of dropouts over that section. A similarly stressful process occurs when the DAT is removed. It is also not unheard of for badly‑behaved DAT machines to chew the section of tape that they are loading!

The question then is what section of the DAT tape would you prefer to subject to this mechanism? Obviously, it would be best to use a bit of tape for this process that you don't want to use for recording and, as it happens, most engineers leave the first minute or two of their master DATs unused anyway, because any imperfection in the way the tape is fixed to the hub can prevent the tape from moving evenly over the heads. This 'leader' section of tape is an ideal candidate for threading purposes, not least because it's easy to find!

Editor Paul White adds: Removing your DAT from the machine after use is wise in order that the tape is not left exposed for any longer than necessary — the tape is protected when out of the machine by the dust flap of the cassette. Also, if you leave a DAT in the machine it may become damaged if the machine starts up erratically for any reason, for example if the power is switched off accidentally or fails momentarily.