Q. Will an analogue mixer interface properly with my soundcard? Skip to main content

Q. Will an analogue mixer interface properly with my soundcard? 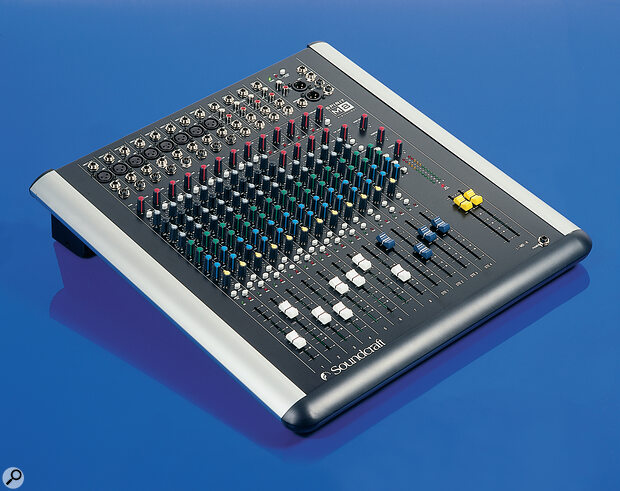 I read your review of the Soundcraft Spirit M‑series mixer and was somewhat surprised to read the statement: "I've heard so many stories about analogue gear struggling to produce the hot levels demanded by some soundcards and audio interfaces." I never knew about this. If I use my Echo Mona card with a Soundcraft mixer, what would cause a problem to occurr with Cubase 5/32 running on a Pentium III computer with 384Mb RAM?

I am also considering a Steinberg Houston controller instead of a mixer, but though very handy, the Houston functions only seem to replace what you can do with your mouse. If I get an analogue mixer, it can do the important tasks regarding level, pan, solo and mute, as well as having aux sends for outboard and adding some good‑quality EQ to my Cubase system. At this time I prefer the analogue mixer solution over the Houston, but I'm concerned about the issue that you brought up, regarding mixers "struggling to produce hot levels." I would never have more than 16 audio tracks, and wondered if that would reduce my chances of having problems with the soundcard and mixer together?

Assistant Editor Sam Inglis replies: Hugh Robjohns wrote an article about the problems associated with interfacing analogue and digital gear in SOS May 2000 — check this out if you're concerned. The basic problem is that some soundcards expect to receive very high line‑level input levels and some mixers can't deliver these without distorting, or even at all. This is entirely down to the design of the soundcard and mixer; the number of audio tracks, amount of RAM in the computer, and so on, won't make any difference. The best thing to do would be to make sure when you buy it that you can take a mixer back to the shop if it won't generate appropriate levels. The M8 has a digital output, which reviewer Paul White thought was a good idea, avoiding the problem entirely.

You're quite right about Houston — it can't do anything to the sound you couldn't do in Cubase anyway. On the other hand, it does give you motorised faders and allows full recall and automation of a mix, which you couldn't do with a project‑studio analogue mixer. It's a question of whether you value automation and total recall more or less than the sound of analogue EQ and the ability to patch external effects into the system. (See review in SOS September 2001.)