Q. Will connecting a high-quality D-A converter improve the sound of my CD player? 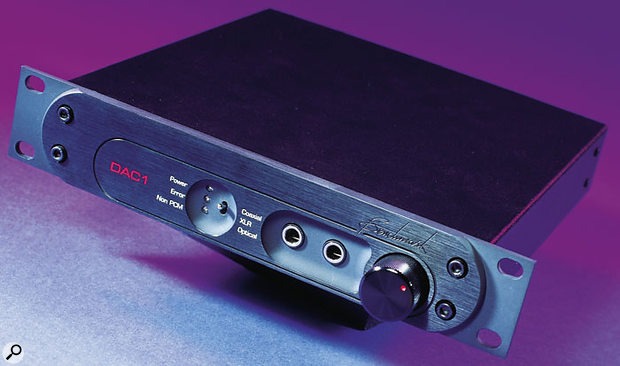 Will it make a big difference to my sound if I connect an inexpensive CD player with a digital out to a high-quality D-A converter, such as an Apogee Mini DAC or a Benchmark DAC1, in order to bypass the low-quality converters built into the CD player? Some people argue that it will, because going out of the digital optical out will bypass the CD player's cheaper converters. Some argue that it won't, because even though you're going out of the digital optical out, you are still passing through the low-quality converters. Would connecting the player to a really good D-A converter be even worse, because you would be able to hear the inferior converters at work?

Also, another issue to consider would be that of clocking. An inexpensive CD player might have a low-quality clocking system as well and might not be able to act as a slave and run off the better clock in the D-A converter. Who is right? I was thinking about picking up a high-quality D-A converter and using it in conjunction with my RCA CD player.

Editor In Chief Paul White replies: Using better converters on a cheapo CD player should improve the sound quality as you are bypassing the converters in the CD player. Digital outputs don't have digital-to-analogue converters in line with them, by definition.

A high-end D-A converter like that included in the Apogee Rosetta 200 will do a better job than the converters in a domestic CD player.

The big 'however' is that the CD player may have a poor transport that generates a high error rate and there may also be significant levels of clock jitter, which will degrade the signal, specifically affecting the noise floor and stereo imaging. Nevertheless, I'd be very surprised if the better converters didn't bring about some audible improvement.

Being practical, however, unless you already have the converters or are buying them primarily for some other purpose, it probably isn't worth buying anything too fancy to hang on the end of an indifferent CD player. A pragmatically chosen mid-price converter might sound just as good, or you could consider a professional-grade CD player or player/recorder.