The music on this CD could be loosely described as ambient but it also draws inspiration from artists like Moby and Massive Attack. Composer Adrian Kelly achieves a pleasingly full sound with the equipment at his disposal and comes up with some well considered mixes. 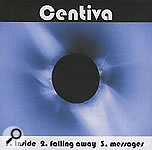 The first track uses a dry drum sound, putting the drums right up front and giving the production a contemporary dance feel. I liked the way he introduces the drum track with all the bass squeezed out by a high-pass filter and then opens up the filter, creating a dynamic lift. It's a nice change to hear the reverse of the usual trick of applying a low-pass filter opening up from bass to treble. In fact all the mixes feature similarly competent use of both subtle and more dramatic filtering effects and it made me wonder if Adrian might have cut his musical teeth on analogue synthesizers. The beginning of this track is packed with little gems like a fast comb-filtering effect in the background stepping through the harmonics and a tom fill run through what sounds like a dynamic pitch-shift effect. It's always good to hear little touches like this that only happen once in a track and Adrian's judgement is impressive. His arrangements are also well thought-out, and on this first mix he cannily leaves out the excellent, warm-sounding bass line for a whole minute, confident that it will have a big impact when it arrives. The use of backwards effects for the breakdown about two minutes into the mix is also masterfully executed.

As you can gather, keeping these tracks moving with the introduction of different sounds and effects is a strong point of Adrian's approach but this inevitably means that he's got a lot going on in his mixes. His solution to what could easily become a cluttered mix is to use quite wide stereo panning, not only as an aid to separation but also to tease the listener. For example, often a sound in the middle of the frequency range will skip across the stereo field while simultaneously undergoing a filter change. Yet it's on the second track that he's got things just about perfect by splitting the high electric piano notes of the main theme to opposite sides, creating a question-and-answer effect. With the addition of some echo and tasteful use of pitch-bend, this makes for a cracking hook line. In fact the loops, arpeggios and use of rhythmic echo amply demonstrate a strong sense of rhythm which forms a solid base to all the tracks. This, coupled with some excellent mixing and understanding of the equipment, makes for a fine demo. 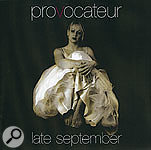 While searching for Provocateur's web site (the URL given no longer seems to work), I kept being led to the Agent Provocateur lingerie company's site [whatever you say, John — Ed], whose products, male readers may recall, were famously advertised by Kylie Minogue, and there are some similarities to the diminutive one's music in this demo. Provocateur are a five-piece band from the Huddersfield area who manage to conjure up a contemporary sound, whether it's the out-and-out dance of the opening track or the more R&B stylings of other cuts on their self-penned CD. Lesa Smith is a capable vocalist who is at her best on their jazz/soul numbers but can also crank up the intensity level when necessary. Even so, a touch of upper-mid EQ boost at around 5kHz would add a bit more energy to the vocal sound on the more upbeat songs. A high-quality outboard EQ like a Neve or even a valve module like the old TL Audio EQ1 would do the job without making the vocal sound harsh and would be well worth renting for mixing if their budget allows.

Many of the songs could also be taken to a more complete production level with the addition of block harmony vocals and I'm almost surprised at their omission. Having said that, the individual backing vocals, where they are used, are very effective but are placed a little erratically in the arrangements. For instance, the second song has some very good harmony phrases on the first verse but doesn't give the same embellishment to some of the later verses. Elsewhere, I liked the use of vocal effects like echo, though I was less sure whether the use of a heavy vibrato effect quite came off.

On the arrangement side this band create great openings to songs and I just adored the start of the second track, 'Late September'. Here, a heavily effected organ chord and a simple beat lead the listener into the song beautifully. This, followed by some wonderful electric piano chords and laid-back jazzy bass is the sort of sheer class that trendy wine-bar punters and Steely Dan enthusiasts alike would love. Perhaps the bass should be up a little, because the finer points of the playing are getting lost at lower listening levels — but having said that, it was still a pleasure to listen to this track with its mellow vibe and understated muted trumpet breaks. I was also conscious that the piano level was occasionally altered subtly to add the right dynamic touch. In fact, such attention to detail in both the programming and playing is typical of this CD as a whole.

I've already praised the way these songs begin but I was surprised that the band have payed so little attention to the endings! These are often abrupt and a bit, well, unmusical to say the least. There's also a tendency to leave very short gaps between the songs on the CD and this, coupled with the odd endings, featuring no fade-out in many cases, doesn't really do justice to the material. In fact, the gap between songs is a very important part of the listening experience which needs to be carefully handled, and some of the songs would actually benefit from fading out on the groove.

In last month's column, we gave an incorrect web address for featured demoist Bryce Jonn. The correct URL is www.brycejonn.com. 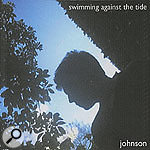 Justin Johnson has a good voice, sings in tune and turns in a strong, emotive vocal performance. Unfortunately his voice hasn't been recorded very well. You can't solely blame the gear limitations here, because it's possible to get a pretty decent sound out of a Shure SM58 with a bit of care. Despite the poor recording, the lashings of reverb and delay applied to the vocal do suit Justin's epic style. However, too much reverb has been added to the backing, so the whole mix sounds like it's coming at you from a distance. Tthe instrumentation also sounds very muddy, almost as if it's been pumped into a live room and miked up, or run through an effects patch with the bandwidth set to 2kHz. Such things have been known to happen! The mixes can be considerably improved by a hefty dose of HF boost around 12-14 kHz, which could have been added using Justin's Sound Forge software. However, this doesn't solve the problem of the source sounds. So it's worth taking more care to get a strong, dry signal at the initial recording stage — you won't be able to fix it later on.

I liked the 'Coalshed Productions' tag on the sleeve and indeed the opening mix is quite dark! Lyrically, it's a kind of stream of consciousness set over an atmospheric backing cleverly put together using Apple Logic and Propellerhead Recycle. Carbone loves to mess with the vocal too, using slight distortion, vocoder and extreme EQ effects to create a threatening mood. Crucially, all this use of technology enhances rather than detracts from the vocal and the audibility of the lyrics. The second mix features a more straightforward approach to the rhythm and arrangement, dropping the slightly Eastern flavour of the previous song for a more underground electro feel. This time the interest comes from his choice of sounds. The vocal is again heavily treated but, wisely, he doesn't tread the same path with the effect as in the first track, this time preferring to use echo and filter EQ. This is a good demo, and Carbone shows that he has a good grasp of the gear at his disposal and a focused approach to the overall sound of the production. 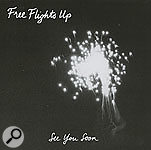 Drummer Jon James has produced an excellent drum sound for this rock CD. I was particularly impressed with the open, tightly tuned snare that cuts easily through the guitar-laden mix. I guess the Noble & Cooley and Ludwig snares were worth the expense! As for the vocals, singer and guitarist Andy Buchanan doesn't seem quite sure whether he wants to be in Queens of the Stone Age or Coldplay, and the group's strong songwriting encompasses this range. Personally, I think he's more comfortable with the pop material, never seeming to quite go the distance with the heavier stuff. I also thought that all the vocals were mixed too loud, especially on the heavier opening song. However the Audio-Technica AT4033 mic, which I've used extensively myself, was a good choice for his voice. The mixes are otherwise pretty sound but lack the low bass energy that you'd expect from a DI'd Line 6 Pod bass preamp. Even so, it's an above-average demo with good songs which, after all, is the most important thing if you want to get signed by a record label.

This is an intriguing approach to the common problem of not having a vocalist — Gordon and David sent a backing track to Nashville by mail where a session singer recorded the vocal. The isolated vocal track was then sent back and added to the original home-produced demo. It seems to me, though, that this service is readily available in the UK — check out the Musicians Union directory or even the classified ads at the back of SOS for session singers offering their services. Anyway, the result is OK but what's missing is the really big, tracked-up backing vocal sound in the choruses, which you'd expect to hear in this kind of pop music. Presumably, they have the backing vocals on separate audio tracks and I suggest they mix these higher in level and even add some more harmonies, particularly one below the main vocal line. The overall sound of the mixes is rather soft, indicating that too many mid-range frequencies have been cut around 500Hz - 1kHz, most likely at the post-production stage. If you like '80s Euro pop, the tinkling 16th-note arpeggiator line on the choruses will be welcome, but given the equipment list, some more imaginative sounds could have been used to add an extra edge. Otherwise, it's a solid demo.

Ian Halley claims to be having trouble with distortion on this demo, but I wonder if he's using the term 'distortion' to mean a lack of clarity in the mix. Terminology can be a strange thing. I remember that when I was learning about audio, distortion was the term used to describe literally anything you did to alter the source sound. Now it's more commonly associated with axe-wielding maniacs (except perhaps by the BBC). Suffice it to say that there doesn't seem to be any distortion in the latter sense on this demo, although the synthesizer filters are pretty fizzy. Changing the lower-mid-frequency arpeggios in the backing by making some of them more mellow will compliment the brighter, and very full-sounding melody line. Some experimentation with automated filtering would also give this composition a more contemporary feel, using a slowly opening filter to introduce sounds and bring them to life.