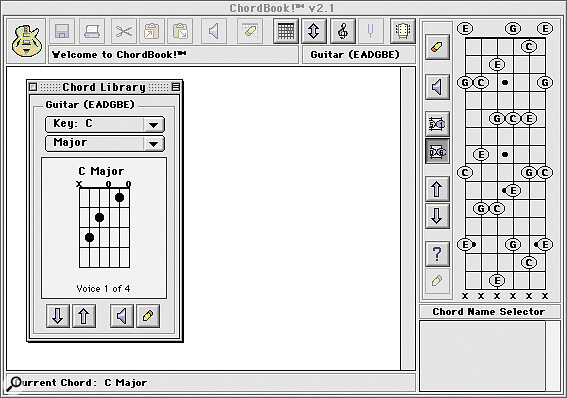 Some good news this month — the confusion over the launch of Apple's new G4, which I spent a fair amount of space explaining last month, was all sorted out by Apple before the January SOS had been printed [that's the vagaries of a monthly magazine's publishing schedule for you — Ed]. Yep, the G4 product line was reworked by Apple, and all the niggles that reviewers and industry observers had moaned about was fixed. The tweaked 'G3' circuit board of the 350MHz G4 was replaced by the 'real' G4 board as per the 400 and 450MHz models, which should mean that the G4 350MHz model now out runs a little faster than the original, for no price change. The standard graphics facilities became the ATI Rage 128 Pro AGP card with 16Mb of VRAM, and an AGP 2x graphics card slot for improved 3D performance.

All G4s are now AirPort‑ready, which may provide a solution to the reams of cabling normally associated with computer networking. AirPort is a wireless networking technology that allows you to connect to other computers and the Internet without huge expense or complex setting up — although there is a computer‑speak 'up to' specification list: up to 10 computers at distances of up to 150 feet at up to 11 Megabits per second. Initially found in the best‑selling iBook, AirPort now seems to be part of Apple's standard networking features. The final G4 standard feature may also occupy some of your your time: all models now come with DVD‑ROM drives and DVD‑Video playback, which means that your Mac is ready not only for the huge storage opportunities of DVD‑ROMs, but can also replay movies...

But you don't need the latest Macintosh technology to make music. There are many ways of using low‑cost, second‑hand Macs, but deciding exactly which one to buy can be a bit daunting. How do you tell a golden oldie from an out‑of‑date duffer which will be expensive to upgrade and impossible to maintain?

I've been looking at the whole subject of older, pre‑owned Macintoshes recently, and the accompanying table show a summary of the results. The table shows recent Power Macintoshes because an increasing number of music software packages now require a Power Mac as the absolute minimum spec. All of these machines have floppy drives, so there's no problem with key disk copy protection, and all have the traditional 8‑pin mini DIN serial ports, so any budget 16‑channel MIDI interface can be used.

There are two separate parts to the table. The largest covers PCI‑slot equipped Macs, which are the most recent ones, and enable you to use the current generation of audio I/O cards, SCSI cards, and other peripheral interface cards. The smaller part covers those Macs with NuBus and PDS slots. NuBus was used for the previous generation of expansion cards, although there were fewer general‑purpose audio I/O cards then, and more special‑purpose cards like the Digidesign Samplecell sample‑replay card. PDS (Processor Direct Slot) slots aren't of any real use for anything other than network and video cards; I don't recall ever seeing anything music‑specific for a PDS slot. Note that the 6100 series of Power Macs were designed with the option of a single NuBus slot, providing that you used an internal adaptor card. From my own experience, these internal adaptors were not easy to get after the Mac had been discontinued — so if you need a NuBus slot in a 6100, don't depend on being able to find the adaptor; try to buy the Mac with adaptor pre‑installed. The 7100 or 8100 are better buys for several other reasons anyway.

The table also shows the type of RAM module used, which can be useful if you have any other Macs which can be cannibalised. Note that 72‑pin SIMMS (Single In‑line Memory Module) have a 32‑bit data path, often need to be installed in pairs, and have a size limit of 32 Megabytes. This limits the amount of RAM you can install, and because many current Macs require 32Mb of RAM to run the MacOS alone, may limit the uses to which you can put the machine. For example, the 6100 has a 72Mb RAM limit, which means that you will only have 32Mb of RAM for applications — and this can easily get eaten up with one or two pieces of music software. For example, MOTU's Digital Performer v2.6 recommends at least 32Mb of application RAM, and 40 or even 64Mb for playback via Sound Manager. This would not be possible in a machine with a 64Mb RAM limit, like the 5300 or 5200.

All the PCI Power Macs use different flavours of DIMM (Dual In‑line Memory Modules) which provide a 64‑bit data path and don't normally need to be installed in pairs. The only traps here are the use of 128Mb DIMMS (which only one of these machines supports) and the 7200's 32Mb RAM module size limit. The biggest SIMM or DIMM that you can use in each machine is shown, and the slower‑speed 4400 machine is probably a trap waiting for the unwary to fall into here, as its 32Mb RAM module limit and three RAM slots effectively restrict the maximum possible RAM to 96Mb. It's probably worth pointing out here that these limits are taken from Apple's official documentation, and didn't always test machines with their theoretical maximum RAM. Nevertheless, I would not recommend trying to exceed any of these limits!

The number of RAM Slots is also important, and in this case, the more the merrier — my 7300 has eight slots, which I am gradually filling up as I find bargains. On a similar note, be aware of those machines which have RAM soldered onto the main logic board. If the RAM is soldered then you will probably get a very old Operating System and empty slots which need to be filled — and can you find the right type of RAM? On the other hand, note that machines which have no soldered RAM will not operate at all unless there is at least one RAM slot filled with a module.

The final column is the 'Upgrade?' one. It shows if there is any possibility of an acceleration card — if there is, then you might be able to fit a G3 or even a G4 card, although you need to weigh up the cost of the accelerator upgrade against a brand‑new G4... The 'one to miss' here is the 7200, which not only has a paltry two PCI slots, but also only has four RAM slots and no option for upgrading the processor. For lots of real‑world user advice on upgrading your processor, rather than marketing information, try visiting www.xlr8yourmac.com

A last note of caution — consider your needs carefully. Where I have mentioned a specific machine as a trap or a non‑recommended option, I mean there are better choices from a theoretical viewpoint. If you are offered one of these machines at a bargain price, and can live with the limitations, you may still deem them worth considering.

Note: Everything mentioned in this box is now available for download from the SOS web site: point your browser at https://web.archive.org/web/2015..." target="_blank.

The big news is the release of Coda Music Technology's PrintMusic! 2000 (see www.codamusic.com), a budget‑priced product that allows you to create music (up to 24 staves), see and hear your creation and then print it out as sheet music. The demo, available from SOS, is save‑disabled and has a few other restrictions, but it allows you to get a good feel of the program.

AudioFusion TWS (www.audiofusion.com) aims to turn your Power Mac into a fully functioning 'techno workstation'. It includes a stereo sampler with direct‑to‑disk play option, a stereo synth/rhythm box, and a post‑production editor.

Fancy yourself as a budding DJ? Then spend some time working with MegaSeg (see www.megaseg.com). Import audio CDs into your hard drive or import any sound file that QuickTime supports (MP3, MOV, AIFF, etc.) and create DJ‑style cuts and lists. The MegaSeg demo available from SOS is fully functional and runs for 15 minutes per session.

Guitarists will want to check out ChordBook v2.1 (see www.drsdigital.com) which provides chord look‑ups for guitar in standard tuning, and additional chord processing for 70 non‑standard guitar tunings. The demo only allows chords in the key of C, D and G in the diagram editor window.

Audiocorder v1.5.0 (www.blackcatsystems.com) automatically records sound to a disk file. The recording process is triggered when the volume exceeds an initial threshold and continues until the volume drops below a second threshold.

In a similar vein, Felt Tip Sound Studio v1.1.1 (see www.felttip.com/products/soundst...) lets you record and edit AIFF sound files. It has a visual waveform editor for precise cut‑and‑paste editing and several filters for modifying the audio.

Quadmation PlayerPRO (see www.quadmation.com) is a complete music editing program. You can use it with any Mac without any additional hardware. PlayerPRO v5.4 G4 is the freeware version, optimised for Power Mac G4 with Altivec.

Need to convert values for musical use? Then have a look at Music Math v2.2 (www.macmusic.org/eng/share/sh_fr...). Looking for a particular musical sequence? Fire up Serial Composer v2.2.1 (www.helsinki.fi/~ilomaki/sc/) and search its database of thousands of 12‑tone series!