Windows 8's new GUI may take some getting used to, but the features it brings should make the effort worthwhile. 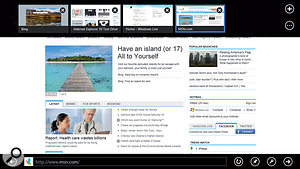 Windows reimagined: changes to the Windows GUI in version 8 may take some getting used to.

The final version of Microsoft's Windows 8 has been released for manufacturing and will be available to all of us for purchase within a few weeks of reading this column. Rough edges have been smoothed off since the preview version, significant streamlining and performance improvements have been made, and graphics have been refined. I can see lots of musicians upgrading, especially considering the modest minimum-spec requirement of a 1GHz or faster processor, 1GB RAM (2GB for 64-bit systems) and 20GB of hard drive space.

More and more pundits have also been won over by its speedy boot time (typically half that of Windows 7), its increased security and, of course, its slick new interface, once they get more used to it. However, initial frustration with the interface still seems quite common, and you really do have to work with Windows 8 for an hour to two to get used to its different approach. So if you decide to upgrade at the bargain price-point ($39.99 for a downloadable upgrade to Windows 8 Professional from XP, Vista or 7), do give it a fair chance before throwing up your hands in horror. 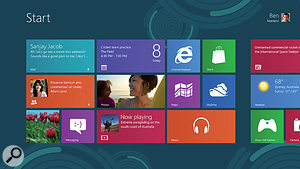 You can't boot to the desktop any more, instead arriving at the new, colourful and highly tweakable Start screen, but you can revert to the traditional desktop at any time if you don't like the new Metro GUI, yet still benefit from the other engine improvements. Windows 8 is described by Microsoft as "Windows re-imagined and reinvented from a solid core of Windows 7 speed and reliability” and, given that the majority of musicians are already working with 7, I fully expect 8 to be a popular, if not essential, upgrade.

Meanwhile, in the run-up to the Windows 8 release, PC manufacturers and vendors are trying their very best to avoid a slump in new machine sales. Dell have announced that they expect revenue to drop because distributors will hold off buying new computers before the late-October release, while other manufacturers are now offering to refund the upgrade cost on recent PC purchases, in an effort to encourage customers to part with their money now. The distributors and vendors themselves are using various tactics to persuade customers to buy, such as offering £15$15 discounts on Windows 7 models that effectively pay for your subsequent Windows 8 upgrade. 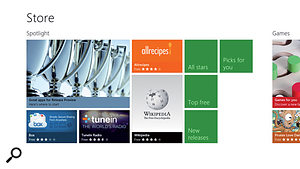 One Windows 8 security concern has surfaced, so bear the following in mind before spending too much time reinstalling all your software. A new feature named SmartScreen is enabled by default that screens every application you try to install from the Internet, to determine whether or not it's safe for your PC. To do this, it gathers information about the application, including its file name, sends this data to Microsoft, and then a message saying 'Windows protected your PC' pops up if the app isn't on Microsoft's constantly updated 'safe' list. This would warn you if a malicious program tried to install itself (which is all well and good), and, of course, if a program simply wasn't on the current list.

Unfortunately, this mechanism also means that Microsoft could retain details of Internet-sourced applications we install, although they have been quick to assure the industry that this personal data will be periodically deleted. Moreover, since the small data packet being sent to Microsoft could be intercepted by a third party, it's feasible that others could use it for their own ends, to monitor what's on your Windows 8 machine.

It perhaps also puts some pressure on developers to pay a certification fee to get their products onto the safe list, although relatively few audio developers have ever bothered to get their products onto such approved lists in the past. You can ignore the warning and install a 'non-safe' product, and if you're concerned about SmartScreen's possible privacy aspects, you can disable it, but you'll then be less secure. I'm leaving it on.

Most Windows 7 hardware device drivers should work fine with Windows 8, but a few may present installation problems, for one obscure reason or another. Hopefully, audio interface manufacturers have had sufficient time and Beta versions of Windows 8 to have weeded out and cured any device drivers that throw a wobbly, but I'll let you know of any I hear of that might prevent you using your favourite interface.