Housed in an old cinema in Stockholm, Atlantis Studios is a very special place even by the standards of our Studio File series. Equipped with a discrete Neve desk, valve equipment from the 1950s and many classic instruments, Atlantis is a truly remarkable recording venue that attracts clients from far beyond the Swedish borders. 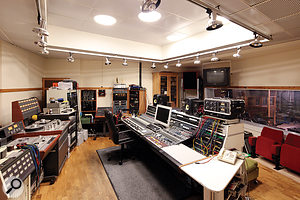 Atlantis’s Neve desk dates back to 1972, and is surrounded by much equally desirable outboard gear.The original 330–seat Kadetten cinema was built in 1941. Renamed Terry after only two years, it was closed in 1959 and the premises were taken over by a record company called Metronome, who converted it into a studio of the same name. Located in a residential area in the borough of Vasastan, in the north–west of Stockholm, the building proved an ideal space for setting up a recording studio, in part thanks to the typical geometry of a cinema with its slanted walls, which help to ensure that sound disperses in a diffuse fashion. (Atlantis/Metronome is not alone: other famous studios such as Stax in Memphis, Tennessee were also set up in movie theatres.) 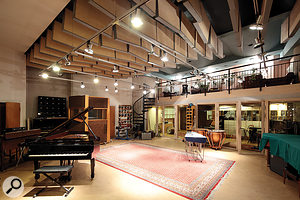 The capacious live room at Atlantis has remained largely unchanged since the 1960s.The current owner, Janne Hansson, began work at the studio as an assistant in 1973 and took over the venture a decade later, renaming it Atlantis. But even before he set foot in the place, the studio was a hub for international artists of the highest calibre. Old photographs show Quincy Jones working at Metronome, and so did other jazz greats such as Coleman Hawkins and Nat Adderley. Less of a surprise is that the cream of Sweden’s own pop scene have used Atlantis/Metronome as one of their most significant workspaces. ABBA recorded many of their early hits here, including ‘Dancing Queen’ and ‘Mamma Mia’, and the story came full circle in 2007 when the soundtrack to the film Mamma Mia was recorded at Atlantis — using, in many cases, the same recording equipment and instruments as the original recordings. In other words, some of ABBA’s greatest hits were not only recorded once, but twice at Atlantis! 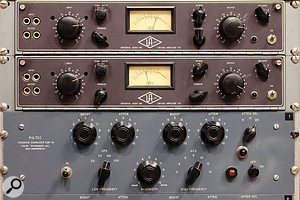 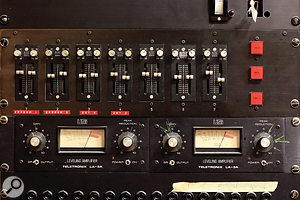 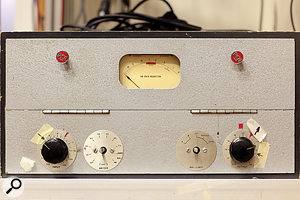 On the left is a monster RCA BA6A valve compressor/limiter and, on the right, the studio’s Hammond B3 and Roland Chorus Echo. 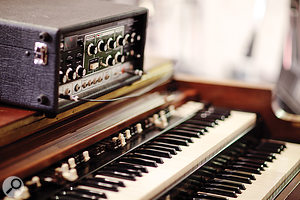 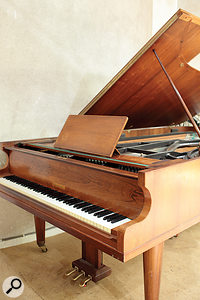 Clockwise from top left: the Georg Bolin grand piano featured on many of ABBA’s hits; an early Neumann U87 with swivel mount from Atlantis’s collection; and one of the two original echo chambers which remain in use today. 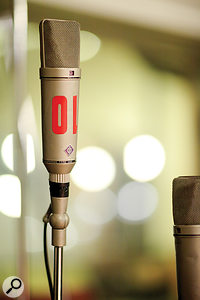 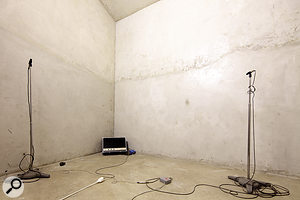 Other well–known Swedish bands such as the Cardigans and Roxette have worked at Atlantis, too, and the engineer of the latter group, Michael Ilbert, is now working for an international clientele out of the former mixing room in Berlin’s Hansa Studios — but that’s is a different story... Many Scandinavian jazzers have also crafted records at Atlantis, including Lisa Ekdahl and the Esbjörn Svensson Trio, who have recorded the lion’s share of their oeuvre on the premises. International artists who have enjoyed the studio’s unique atmosphere and facilities include Elvis Costello and vintage connoisseur Lenny Kravitz.

And indeed, when you walk through the old foyer into the control room, the studio oozes a rather special old–world charm: the name of the mythical island kingdom seems appropriate to the facilities, which to date still encompass the control room, the spacious live area, a few isolation booths and a vinyl-cutting room. The rooms appear to maintain their original design and acoustic treatment, including the fairly unpretentious control room and the distinctive ceiling panels in the live room.

The equipment collection also contributes strongly to the unique Atlantis vibe. At the heart of the control room is a compact, discrete Neve console which was originally installed in 1972. Its 32 input channels are equipped with 1084 modules, the slightly more luxurious — and rarer — successor to the ubiquitous 1073. Besides a good selection of tape recorders by Studer and Otari, the control room retains its original outboard collection, comprising much 1950s valve equipment as well as a few early transistor–based designs. On tap are a Fairchild 660 and two pairs of Universal Audio 176 limiters, some Pultec EQP1A equalisers, an RCA BA6A compressor/limiter, original Teletronix LA2A units, as well as two pairs of Universal Audio LA3A and 1176 compressors. For EQ the studio mostly relies on the input channels of the Neve desk, but there is also a rack with a couple of passive Altec 9061A EQ modules which are being kept to shape the returns from the two original echo chambers and a few other reverb units. Vintage echo devices by Roland and Binson complete the picture.

Most of the studio’s microphones are stored ready for use on their stands in the live room, next to the control–room window, resembling a forest of some of the most precious sound transducers in the world. The collection includes healthy numbers of Neumann large–diaphragm microphones such as the U47, U47 FET, U48 and U87, as well as the SM69 stereo mic and their small–diaphragm counterparts such as the KM54, KM56 and KM86. There are also RCA ribbons such as the 44BX and 77DX, as well as countless dynamic microphones from Shure, Sennheiser, Electro-Voice and Beyer.

Perhaps the biggest contribution to the Atlantis sound, however, is down to its collection of musical instruments. These include Steinway B and Bolin grand pianos, the second of which was on tour with Bill Evans before it landed at the then–Metronome Studios, and was played on many of the early ABBA recordings. With a Fender Rhodes piano, Hammond B3 organ, a Clavinet, OSCar, Prophet 5 and Solina string synthesizers, a Korg VC10 vocoder, a vibraphone, a marimba, timpani, Gretsch drums and various guitar amplifiers, there is no short supply of classic sound sources!