This production features a couple of nice effects worth examining. The first is the opening synthetic clap, which creates a wide stereo image on either side of the central kick-plus-bass rhythmic backbone. A close look at the waveforms of the left and right channels for these claps during the intro gives a clue as to why: following the initial centrally located transient there’s a strong rhythmic pulse in the left channel, followed roughly 11ms later by a similar pulse (my guess is that it’s a simple echo) in the right channel. Even though the two pulses are close enough in time that you hear them as a single event, the inter-ear time-of-arrival difference between them creates a strong stereo-widening effect. 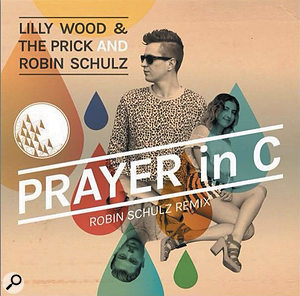 The downside of this image-width enhancement is that the pulses comb-filter against each other in mono, such that the tone of the claps is considerably softened on single-speaker systems. The trick to getting the best out of delay-based stereo widening is to listen in mono and subtly massage the exact delay time to achieve the least damaging comb-filtering, and I suspect that this might not have been done on this occasion. To be fair, though, claps give less leeway in terms of available delay times, because beyond about 15ms the perceptual merging of the sharp transients starts to break down, leaving you with a flamming effect. (On slower-attack sounds you can often create this kind of stereo widening with times of 30ms or more without this problem arising.)

The other effects trick I like in this mix is heard at 0:23-0:39 and 1:49-2:05: a gradual fading-up of the reverb levels (especially on the lead vocal) to a deliberately excessive level to create an ear-catching transition effect. Not only does this work nicely as a structural device, increasing the sense of momentum into the section boundaries at 0:39 and 2:05, but it also highlights the intimacy of the vocals during other sections of the production where the reverb use is much more restrained. Mike Senior

Back in SOS September 2013, I praised Taylor Swift’s wide-ranging use of speech within her song ‘We Are Never Ever Getting Back Together’, and she’s at it again here. I particularly liked the brilliantly goofy giggle at 0:19, for instance, and the rhythmic hiatus of “shake, shake, shake” at the end of the long, spoken middle section at 2:18-2:43. However, I also like the way the chorus’s hook line breaks the four-square sing-along rhythmic pattern established by the preceding three lines, putting an accent on the third quarter-note of the bar (assuming a tempo of roughly 160bpm), where it’s been resolutely on beats two and four throughout the preceding phrases. People often seem to spend all their time thinking about how to highlight their hook lines melodically, while neglecting rhythmic devices like this which can be equally effective. 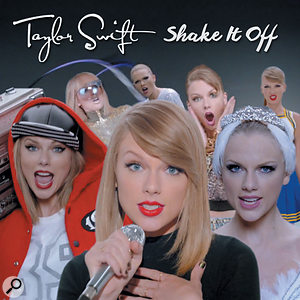 There are plenty of great arrangement details to admire. For one thing, it’s not often that you hear such a sustained brass backing in an uptempo number like this, with many of the parts operating more as chordal padding than anything else. This gives the production something of a calling-card sound, especially when set against the rhythmic parping of the central low sax loop that underpins most of the song. Not that these backing horn parts are completely devoid of rhythmic interest, though, because there are nice fragments of rhythmic countermelody introduced in chorus two that are so clearly audible that they must surely have been assisted by fader automation at mixdown. Notice as well that the final chorus appears to have been rebalanced in favour of the higher horn lines, although whether by mix moves or by virtue of arrangement adjustments it’s tricky to tell.

And there’s a beautifully executed textbook second-verse arrangement stunt at 1:06: dropping the drums for a few bars before getting back into the normal verse texture. This is such an effective device for two reasons, I think: firstly it simply wrong-foots the listener into paying full attention to the lead vocal at a point when a whole chunk of new lyrics are about to hit; and secondly it provides more arrangement ‘headroom’ when it comes to creating a sense of build-up into the second chorus. The problem with second verses is that the listeners have already heard the verse music once before, with the result that their boredom threshold tends to be lower. So where Swift and her producers are happy to leave the first verse’s texture essentially static for around 25 seconds (0:06-0:30), in the second verse you get some arrangement change every six to seven seconds: the drums re-enter at 1:12; the call-and-response backing “dancing on my own” and “moves up as I go” backing vocals arrive at 1:19; and the harmony backing vocals join in with “know” at 1:27. And similar thinking can be heard at work in the second pre-chorus, where another stark drop occurs two bars before the chorus at 1:39.

Sadly, however, the song rather lost its shine for me once I started hearing “fakers gonna fake” as “bakers gonna bake”... Mike Senior

I’ve listened my way through more than my fair share of amateur acoustic singer-songwriter productions! One thing a lot of them struggle with is getting their vocal sonics clear and intimate, without over-brightening the singer’s tone to the point where harshness and overbearing sibilance make it an uncomfortable listen. A big reason for this difficulty lies not with their vocal sounds, but rather their choice of guitar and percussion timbres, which are frequently too bright and forward-sounding, thereby masking the critical upper-spectrum vocal frequencies that lend a voice clarity in the mix. If you’re struggling with this problem, I’d highly recommend checking out George Ezra’s ‘Budapest’, which is an excellent demonstration of good practice. 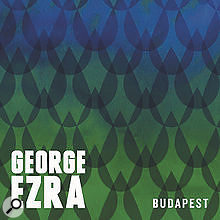 For instance, although the main clean guitar sound has some high-frequency air to it, the low register and use of soft finger-picking prevent it packing out the upper spectrum with masses of string jangle and pick noise, and distracting fret buzzes/squeaks have been carefully avoided, presumably by a combination of good instrument setup and the player’s technical chops. The electric rhythm part that arrives with the first chorus is likewise nicely mellow, perhaps as a by-product of a comparatively distant mic placement, given the characterfully roomy presentation. Even the more heavily driven sound in the middle-section is softened and distanced with copious reverb.

As for percussion, I can’t tell you how often I hear home-brew mixes recorded using a cheap large-diaphragm condenser mic six inches away from the instrument. Although the on-axis high-frequency boost and transient sharpness you get with this miking approach might occasionally suit a dense rock arrangement, it’s typically way too bright and aggressive for anything acoustic. By contrast, my initial impression was that the shaker and tambourine in ‘Budapest’ (first heard at 0:22 and 0:49 respectively) had been recorded with some kind of ribbon or dynamic mic, because they’re much smoother and woodier. I was so struck by the timbre, in fact, that I got in touch with Ezra’s producer Cam Blackwood, who kindly furnished me with more details of his recording method. It turns out he used a Shure SM7, which is one of my favourite dynamic mics precisely because it’s less aggressive-sounding than many designs (particularly those targeted at electric-guitar or vocal applications, such as Shure’s SM57 and SM58). He also miked from 1-2 feet away, and further thickened the timbre by using his collection of analogue stompbox pedals as send effects.

The handclaps are likewise sublime; not only warm and rounded (with plenty of natural room reflections by virtue of a slightly more distant mic placement), but also endearingly ragged in terms of ensemble timing. As with the guitar parts, we’re not just hearing the mic technique here either — Cam also revealed that he layered thigh-slaps in there! It’s easy to get lots of edge and no tone when recording claps, but this canny workaround manages to deliver a lower-mid-range richness that’s a rare treat. Mike Senior

Mariah Carey has copped a lot of flak for spawning legions of X-Factor wannabes who suffocate unsuspecting songs under their fulsome vocal filigree. But listening to her in action here, it’s not only her astonishing vocal technique that impresses me, but also her comparative economy and pacing. The big problem with the imitators, for me, is that they slather on the melismatic warblings indiscriminately, rather than taking this song’s more mature approach. Notice, for example, how much of the melodic ornamentation comprises simple neighbour-note inflections of the type you can hear in the first verse on “story goes” (1:18) and during the long high-register “give” at 1:34. By virtue of this, the song’s basic lead line remains very easily understood. She also saves her most extravagant flourishes for moments where the main melodic interest has already waned, using them to sustain the attention of the listener through to the next line, obviating the need for other arrangement fills. The endings of both of the initial verses (“shows” at 0:32 and “know” at 1:03) showcase this beautifully, not least because of the way she gives the final melody note plenty of time to settle unembellished before embarking on the histrionics.

Sure, there are moments where she deviates substantially from the underlying melody, but again it’s so well paced. The first significant alteration only arises in the middle of verse two (“go” at 0:51), and it’s only when we hit verse three, more than halfway into the song, that she starts gradually tweaking more notes out of line, culminating in the gold-plated diva moment of “yes, it shows” at 2:06 — exactly the kind of fireworks, in fact, that lesser mortals sprinkle all over their songs willy-nilly. I also think the fact that she keeps “live” in the first two choruses (1:11 and 1:27) completely unadorned serves as a great point of contrast, and makes the slow downward swoop at the note’s tail so much more dramatic.

Another thing I find very interesting is the way all the verses have such extraordinarily long phrases. I’d hazard a guess that most people would expect any singer to put a breath somewhere during “Well I can’t forget this evening, or your face as you were leaving, but I guess that’s just the way the story goes” — but, remarkably, Carey doesn’t take one! Whether it was performed that way, or is a trick of the comping, I think it very effective in maintaining the musical momentum of such a downtempo production, given how much focus is given to the lead vocal. It’s testament to the quality of Carey’s performance in general that the backing can afford to be so simple — and also a credit to the producers that they didn’t detract from the power of the vocal by gilding the lily in arrangement terms. 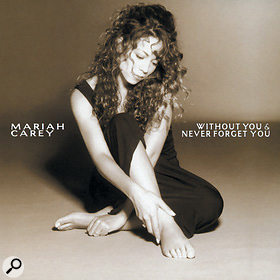 Of course, this mix also has that archetypal HF-enhanced reverb that’s considered so much of an ’80s/’90s cliché. Listening to the stereo Sides signal, I’d guess there’s at least 8dB more energy above 4kHz than you’d get in any natural reverb. This brightness makes the reverb a whole lot more audible as an obvious ‘studio addition’, but it also inevitably causes sibilants to hiss about all over the place. While both qualities were clearly considered appealing and ‘expensive sounding’ at the time, that effect has dated rather badly and is seldom heard in most modern commercial styles. However, many reverb plug-ins still contain patches inspired by songs like ‘Without You’, and student engineers frequently get into difficulties by inadvertently dialling them up because the patch name looks promising, not realising quite how much EQ cut and de-essing is required to bring them up to date. Mike Senior