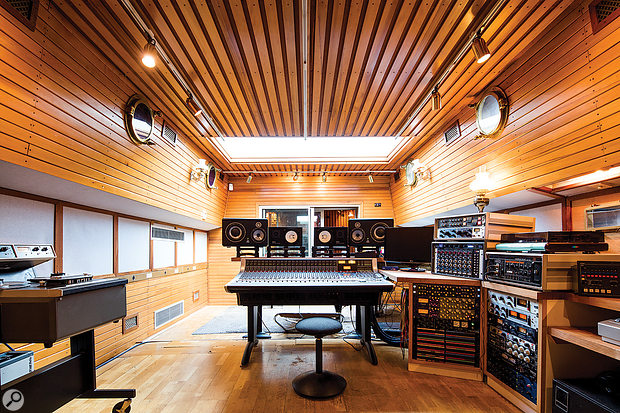 Centred around an SSL AWS948, the control room is the largest of the spaces on board Grand Cru.

Seafaring has always been a tough business, and one that requires substantial resources. Perhaps this is why only a few attempts have been made to establish waterborne recording studios — mostly on the behalf of successful, creative individuals. Between those, Dave Gilmour’s studio on the houseboat Astoria in Hampton, London may be the most prominent example. However, another legendary boat studio with a long history exists in England’s capital, and it has just been made available to the public. 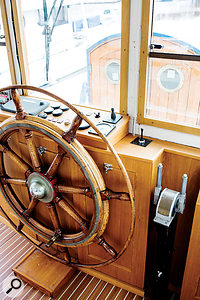 The wheelhouse overlooks the entrance to the studio rooms in the belly of the barge.

Grand Cru, named after the ship of the same name, was founded as a private studio by Who guitarist Pete Townshend in the late ’70s, and has been in constant operation since then. The ship itself dates back to 1904, when the Dutch barge was built as a cargo vessel, named Ebenhaezer. Designed to transport goods around the North Sea, the single-masted sailing boat was built with a 24-metre-long steel hull. In the early ’50s she was converted to a motor boat and renamed Borneo, but it remained a cargo vessel until it was relocated to France in the early ’70s. Renamed Grand Cru, it became a champagne barge for the Canadian embassy in Paris, and it was in service for this purpose until Pete Townshend acquired the boat a few years later, together with another ship of similar proportions.

According to producer/engineer Myles Clarke, who has been working with Townshend for many years, the Who guitarist has always been “big into boats“, and planned to install a studio on one ship and some space for accommodation on the other one. Finally the studio construction was executed by famed engineer Eddie Veale, who also designed recording venues like SARM West and Britannia Row, as well as home studios for other rock stars, including George Harrison.

In the late ’70s, Pete Townshend’s plans changed when he founded Eel Pie Studios in a former boathouse in Twickenham. This now became his main production facility, and Grand Cru was moored outside for 33 years, serving as a complement for the main studios. However, the boat was always a fully equipped, self-contained studio, which could be — and was — used as a recording venue in its own right. In the ’90s the Cocteau Twins took over Eel Pie, and for a while, Ian Broudie of the Lightning Seeds used Grand Cru as his production room. Eventually, Townshend sold the building, which is now a private house, around 2008, and Grand Cru received a paint job and found a new home in St Katharine Docks in central London, located near Tower Bridge and the Tower of London. Here Pete Townshend continued to use Grand Cru as a private studio, with Myles Clarke engineering the sessions, and only since early 2016 has the boat been made available to hire for outside clients. 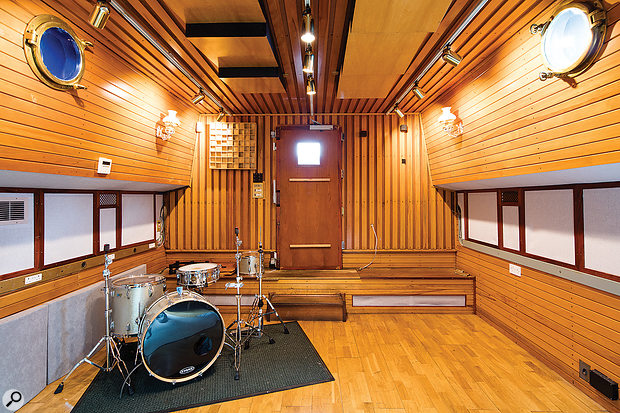 The main recording area of the aquatic recording space has always comprised three rooms, with the five-metre-wide hull offering plenty of space. Today, the largest of the rooms, at 31 square metres, serves as a rather spacious control room, while the second largest space, measuring 20 square metres, forms a live room easily big enough to track drums and guitars. In times gone by it would have been usual for the live room to be the largest space, but this arrangement ensures the control room is big enough to accommodate a large producer’s couch in the back, right next to the separate 10-square-metre machine room/iso booth. There also is a designated kitchen area next to the bow.

A while ago an SSL AWS948 was installed in the centre of the control room to accommodate Myles Clarke’s preference for a clean, reliable centrepiece: “Once the recordings have gone to tape or Pro Tools, what is coming through the desk is a known quantity; personally I prefer to get the nasty sounds on the way in!“ 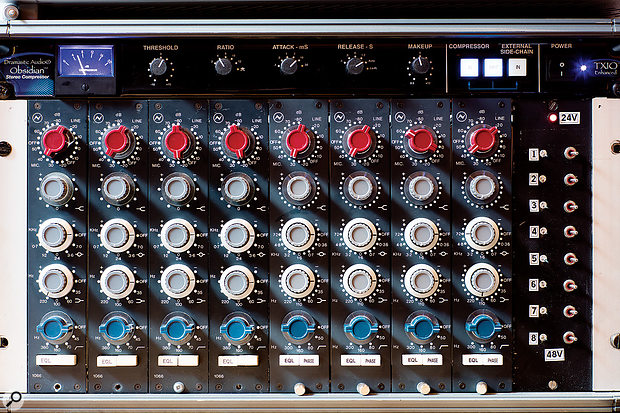 In this, he’s aided by a large collection of Rupert Neve-designed preamps, which include Neve 1066 and 1073 modules as well as Amek and Focusrite units, like a “channel in a box” and a pair of ISA430 Producer Packs; valve-based units like the Universal Audio LA610 and Thermionic Culture Earlybird 2.2 are also on hand. Grand Cru also boasts a diverse selection of dynamics processors including Urei 1176LN and 1178 units, a Neve 33609, pairs of LA3As and Empirical Labs Distressors, a Millennia Twincom and a Tube-Tech SMC2A. 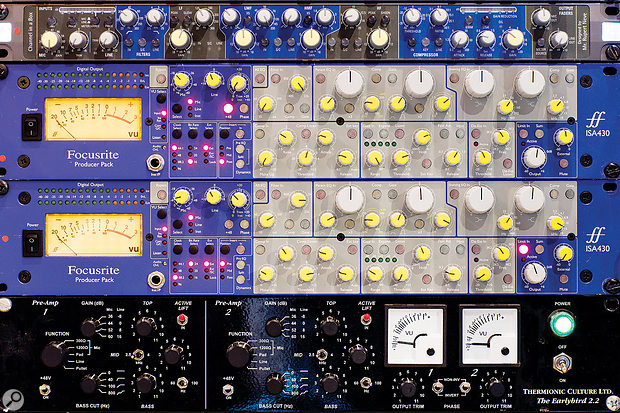 Vintage reverbs like a Lexicon 224 and an AKG spring take care of the spatial character of a production, alongside units like a Roland SRE555 Chorus Echo. 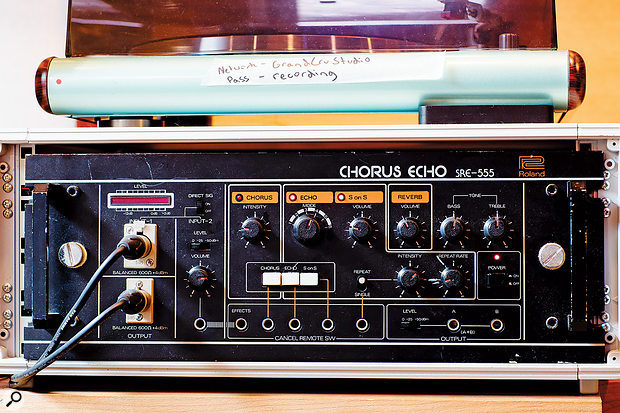 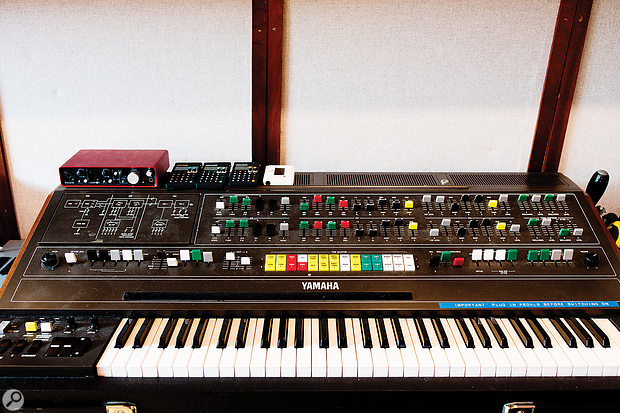 One of the most desirable pieces of equipment at Grand Cru is the Yamaha CS80 analogue polysynth.

Despite its novel premises, then, Grand Cru offers a very solid technical setup in a very private but central location in London, combining the aura of a classic recording venue and the “excitement of being on a boat“, as Myles Clarke points out: “When the sun is shining it’s fantastic, but even when it’s raining there’s something cool about being on the water!“ Pete Townshend has used the place for various projects including Classic Quadrophenia, and other recent clients include Ten Fé, False Heads, Flawes, Jonas Blue Ft Dakota, Bulletproof Bomb, Albert Man and Honey’s Dream Tapes.