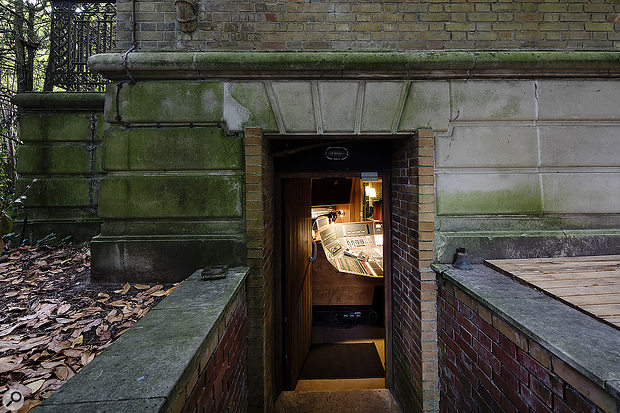 You are walking through a wild garden towards a beautiful late-19th-century mansion. Through an open basement door, you catch a glimpse of a magnificent discrete Neve console... 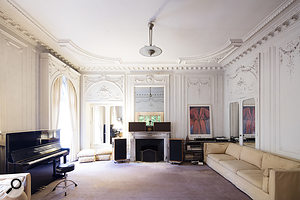 What sounds like a rock star’s dream actually becomes reality in the small town of La-Frette-sur-Seine, just 15 minutes outside the centre of Paris. However, even though the studio has been open for business for over 30 years, the story of how it came to be is almost as unlikely as a dream. Olivier Bloch-Lainé is a French musician and composer who has made over 700 soundtracks for films, commercials and television programmes — and became a studio owner in the most bizarre fashion. “In 1980, walking in the street, I met a good musician friend of mine. He said ‘Olivier, I am going to an auction sale at Barclay Studio nearby right now, come with me!’ 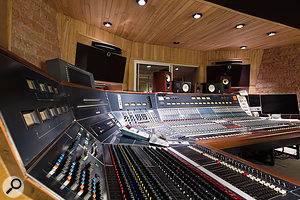 “Eddie Barclay’s place was a great-sounding, big studio complex where we did many sessions, it was like our Abbey Road in Paris. The studio was closing and selling all its gear. I did not have any plans or money to buy anything, and I never went to that kind of auction sale before, so I came in with my friend just for the fun. Once in the place, still for the fun, as a joke, I raised my hand at the very first bid on the main studio’s Neve desk, but: big surprise — nobody followed, and suddenly a voice said: ‘Going, going, gone!’ Five minutes before, I was walking in the street with no idea of anything, and suddenly I became the owner of the biggest desk custom-made by Neve in 1973. I was shocked and totally confused, because I did not know what to do with it, and although it was not expensive, I could not pay for it. I had to stay in the place all night until I had finally borrowed enough money so they let me go. 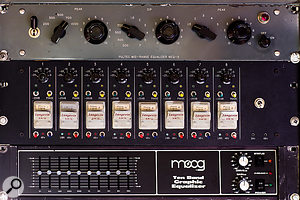 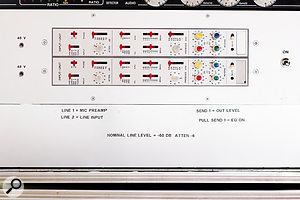 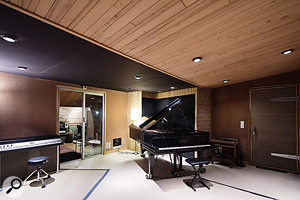 Almost half a dozen live rooms occupy most of the floor space in the basement. 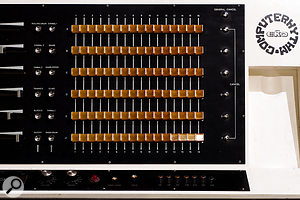 A rare EKO ComputeRhythm, only one of the many classic analogue and digital instruments at La Frette. 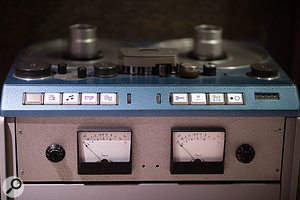 Recording platforms include this classic Studer J37 tape machine.“This joke changed my life, because, from then, I was forced to find a place to install the desk and create a studio. A few days later, near the Seine river bank outside of Paris, I saw an old mansion for sale and I thought: this is exactly what I need! I sold my apartment in Paris and bought the manor in La Frette.”

Although the manor house was built as a residential building, one of the main living areas was known as the Salon de Musique, and had hosted many chamber concerts in its time. It took almost two years to convert the house into a fully operational recording venue. At first, a control room was installed in the garage for Bloch-Lainé’s film work, and subsequently the 180-square-metre basement of the main house was remodelled. The ceiling height was lifted to 3.5 metres, and then a room-within-a-room construction was installed on floating concrete floors, with space enough for the control room and several live areas. “We turned the original wine cellar into a clear-sounding stone vault, and the rain water tank into a drum booth,” recalls Bloch-Lainé. Later, the large living rooms upstairs as well as the tiled staircase were tuned and wired up, and today they are connected to the control room with 48 mic tie lines.

Downstairs, the 36-channel custom Neve desk, loaded with 1081 preamp/EQ modules, is still the heart of the operation, and is accompanied by a large array of vintage outboard gear. Endless Analog’s CLASP system is used to integrate a Studer J37 tape recorder into modern recording projects, and engineers can also call on a Fairchild 670, a pair of ADR F700 limiters, Telefunken V76 preamps with unusual orange paint and a rack of eight Langevin AM16 preamps, as well as racked input modules from a Studer 089 console. Reverb duties are handled mostly by the EMT 140, 240 and 246 units, and the mic locker holds Neumann classics such as the inevitable U47, U67, U87, KM84 and KM88. La Frette also plays host to many sought-after instruments, including a 1904 Steinway B, Bösendorfer upright, Hammond B3, Wurlitzer 200 Suitcase, Fender Rhodes, Fairlight CMI, EKO ComputeRhythm, Linn LM1 and more.

Though La Frette was originally conceived as a private studio for Olivier Bloch-Lainé, word quickly spread, and the studio became a popular choice for many French and international artists. One of the first outside clients was Jon Anderson, for the recording of the Yes reunion album Anderson Bruford Wakeman Howe. Bloch-Lainé remained active in the film business until 1997, and after that he focused on independent music and album production at the studio. Today he runs the place with a team of six people, including engineer/producer Nicolas Quere and maintenance engineer Olivier Bolling.

As a residential studio, La Frette offers six bedrooms in the main house, as well as additional space in another house nearby and on a houseboat. About half a dozen of the actual studio rooms are professionally treated and soundproofed, based on designs by Tom Hidley, yet over the years the team have found good uses for almost all the rooms in the building. With around 650 square metres of floor space in total, there are plenty of opportunities to get creative! La Frette’s client list includes names such as Feist, Pat Watson, Charlie Winston, Detroit, Zaz, Gabriel Yared and Salif Keita, and recently Nick Cave and the Bad Seeds have been working there. And with ample daylight in the rooms upstairs, La Frette has made its mark not only as a sound studio, but also as a film set.