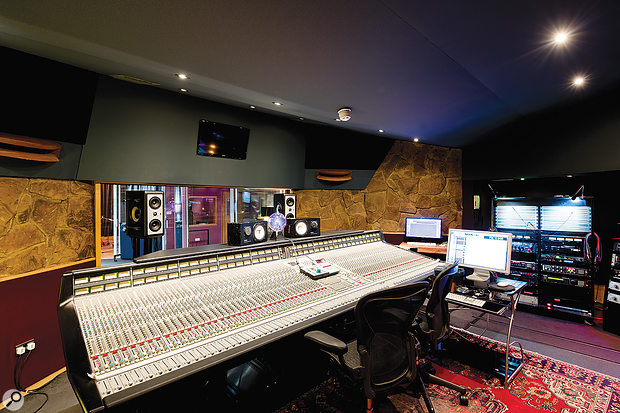 The Livingston Studio 1 control room is based around a large SSL G–series desk.

Livingston is one of the oldest recording ventures in London. Although, or perhaps because, the studio has changed hands and locations a few times, it has remained busy for well over five decades. The company was founded in 1963 by Fred Livingston–Hogg, an entrepreneur active in several fields at the time. In the first years, the studio was run by his partner Ray Kinsey, and it was mostly used for film dubbing, despite being located in the north London borough of Barnet while the film industry was concentrated in Soho. 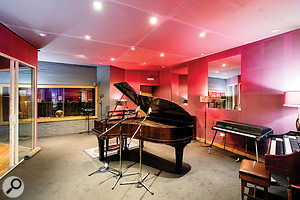 A few years later, Kinsey’s son Nic joined the team as a recording engineer, the studio’s business gradually shifted more towards music recording. Legendary folk producer Bill Leader became a regular client, and Livingston swiftly became one of the most important studios catering to this scene. The studio was bought by a team involving Nic Kinsey in 1978, but operations had to be relocated only two years later, due to a change of landlord at the original premises. A new and larger home was found in St. John’s Hall, a converted church building in the district of Wood Green where the recording venue still resides. 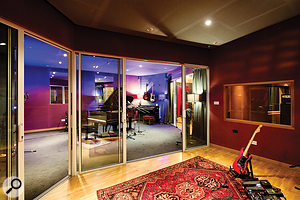 The extensive use of glass partitions helps to maintain sightlines between the live rooms. 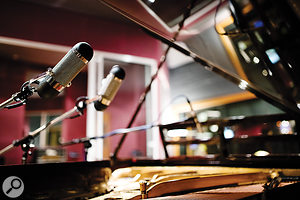 A pair of AEA ribbons on the Steinway Model B grand piano. 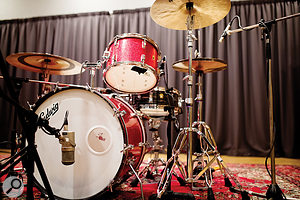 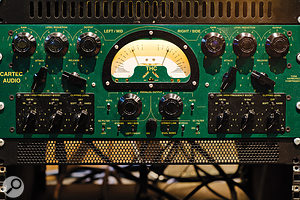 Among the extensive Studio 1 outboard collection can be found, from left, Massenburg 8200 and Summit Audio EQP–200B equalisers, a Cartec THC compressor, and Neve 33609 and 2254 compressor/limiters. 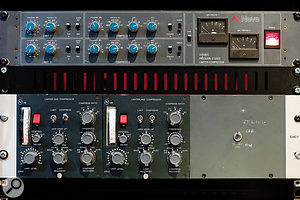 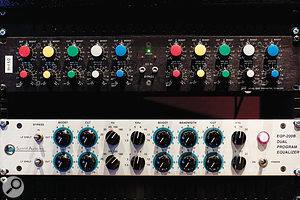 A Studio 2 was added in 1982. Business was thriving at the time, with clients like Level 42, the Clash, Erasure and REM booking the studio, so two more Livingston rooms were built in a separate location just around the corner in the mid–’80s. However, this facility had to be closed in 1993, and around the same time, Livingston’s main venue was sold to Jerry and Dave Margereson, Supertramp’s manager at the time. This was another busy era for the venture. Björk, Incognito, Everything But The Girl and Lisa Stansfield crafted seminal records here, and World Circuit Records brought in a lot of business, too, culminating in the sessions for the hugely successful Buena Vista Social Club album. Subsequently the studio was taken over by World Circuit’s Nick Gold, who kept it until 2012. In that year, finally, Livingston was acquired by Miloco, who partnered with producer/engineer Mike Crossey to infuse new life into the veteran studio. The entire building was remodelled and modernised, but the actual recording spaces remained largely unaltered.

A large portion of the space on the ground floor of the church hall is occupied by the live area of Studio 1, which comprises no fewer than five acoustically separated rooms, with a total floor space of around 90 square metres. Many glass sliding doors and windows ensure good eye contact between the various rooms, making Livingston an ideal playgound for tracking bands; the studio has also acquired a reputation as a great–sounding venue for string ensembles with clients like the London Royal Philharmonic Orchestra.

The live rooms cover the whole gamut from small, dry–sounding booths to the 40–square–metre tiled drum room, which has curtains on the rear wall to tame the acoustics if needed. The 35–square–metre control room is today centred around a 72–channel SSL 4072 G–series console, a magnificent soundboard which made its way into Livingston via Wisseloord Studios in Holland. The desk is retrofitted with Ultimation, and it features a number of different EQ revisions, among them 16 black, eight brown and eight orange EQs.

The outboard racks offer a good combination of vintage and current production kit. Livingston’s dynamics arsenal boasts not only a pair of Neve 2254 limiters, but also their successor, the 33609/C. These units are accompanied, amongst others, by a vintage dbx 162, a pair of ‘silverface’ Urei 1176LN limiters and the impressive modern Cartec Audio THD. Livingston also keeps assorted outboard preamps at hand to expand the sonic palette of the SSL board, including valve and solid–state channels from API, Neve, Universal Audio and Chandler. Reverb and delay duties are handled by various Lexicon, AMS and Eventide units, including a 480L and an RMX16, with a Roland RE201 Space Echo and an Ursa Major SST–282 Space Station on hand for vintage vibe.

The mic locker contains many desirable items, such as an AKG C28 and Sony C800G, along with transistor–based Neumann mics like the U87, U89, TLM170 and KM84 and a number of ribbons, including two pairs of AEA R84s and Coles 4038s. Livingston also takes pride in offering an assortment of the finest backline kit available. There is a Steinway Model B grand piano and a vintage Ludwig Hollywood kit amongst other inspiring instruments, effects and amplifiers.

The rooms of Livingston Studio 2 still occupy the rear part of the building, but currently they are on long–term lease to the band Incognito, and are available to outside bookings only when the group aren’t actively working at the studio. Today it is safe to say that the Miloco era is adding another successful chapter to Livingston’s history. Recent clients include Ben Howard, Jamie Cullum, Gaslight Anthem, Imelda May, Hozier and the 1975. There are also plans to further expand the studio’s scope. Production suites will be added, and rooms for client accommodation will turn Livingston into a residential studio, too!