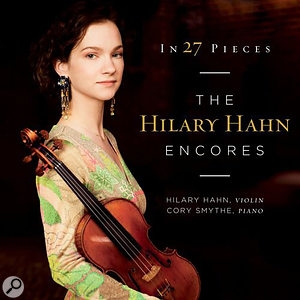 Hilary Hahn’s bravura two-CD encores collection In 27 Pieces was a worthy winner in the 2015 Grammy awards’ Best Chamber Music Performance category. From a production perspective, though, the stereo presentation of the violin feels rather strange to me, as you can hear on the second disc’s opening number. Now I’m no stickler for pin-sharp stereo positioning, because I realise that (1) imaging precision is merely one of many factors you have to weigh up when selecting recording methods, and (2) the stereo width of any instrument in a recording is very much a question of personal taste. But in this case the violin drifts around the loudspeaker panorama in such a disconcertingly erratic way that it actually distracts me from the music.

For example, although the lower notes of the virtuoso flourishes at 2:26-2:28 seem broadly clustered a little to the left of centre, both the high accented chords suddenly shoot across to the opposite side. What’s even weirder, though, is when the violin image destabilises to such an extent that it actually starts to feel like it’s emanating from both stereo extremes at once, for example during the legato line at 1:10-1:20! And then, when she’s double-stopping (ie. playing two or more notes at once), different notes within the same chord seem to be arriving from different directions, for instance during the passages at 1:30-1:35 and 1:44-1:51, or in the D-minor chord at 2:47.

So what’s going on? Curiosity piqued, I did a quick web-trawl and happened upon a YouTube publicity trailer for the album containing footage of the studio setup used for the recording, which suggests some possible explanations of what I’m hearing. Two different violin spot-miking setups are visible (with condensers at 5:43 and ribbons at 6:26), both spaced stereo arrays with the mics maybe 40-50 cm apart, and roughly a metre and a half from the violin. Based on time-of-arrival stereo cues, I’d expect these setups to give acceptance angles of no more than about 90 degrees, a figure further narrowed by level-difference cues that inevitably begin impacting on the operation of spaced stereo arrays when placed so close up. Given that Hahn moves around a fair deal while playing, this would already provide one reason for her dancing image in the recorded panorama.

In addition, though, a violin’s wooden body has extremely complex frequency-dispersion characteristics, and it’s conceivable that this might on occasion have conspired with Hahn’s physical movements to generate different stereo location cues for different notes, or indeed conflicting cues for the same note — say, an earlier arrival time in the left mic, but a louder/brighter tone in the right mic. Try comparing the violin tone in the left and right stereo channels on that chord at 2:47, for instance, and you’ll hear how dramatically divergent the violin tone is, with the top ‘D’ much more prominent in the right-channel stream. Mike Senior 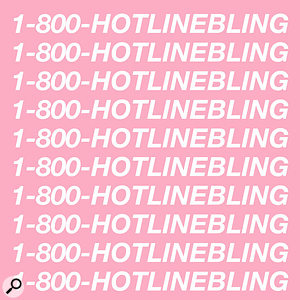 This is a mix that demands to be taken on its own terms: the bass line stays resolutely beneath the radar of small playback systems; the backing textures of the middle section (2:36-3:03) are seriously mono-incompatible; and the heavy clipping distortion on each kick-drum hit is printed in, whether or not you actually want the music turned up that loud. Anyone rattling the rims off their pimpmobile, however, will doubtless appreciate the way the kick’s low-frequency energy neatly targets the spectral gap between the two main bass-note fundamentals (37 and 56 Hz), and also the sporadic super-deep bass fall-offs, most clearly heard when the kick-drum is absent (eg. 1:22).

The hi-hat pattern’s worth listening out for, too, switching as it does between a straight 16th-note pattern and bursts of 16th-note and 32nd-note triplets. Polyrhythmic ideas like this might not occur instinctively to most software-based beat programmers, but they’re very easy to implement with the Roll key of Akai’s MPC workstations, those hands-on hardware sampling/sequencing devices which remain dear to many hip-hop producers’ hearts. Mike Senior 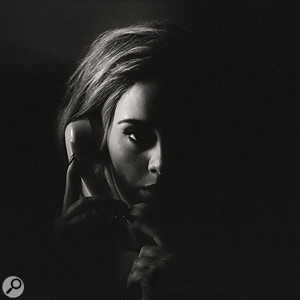 Despite the four-year hiatus since her globe-gobbling album 21, it’s clear that Adele’s lungs have lost none of their mojo! A beautifully measured and nuanced performance this, with lovely little upper-mordent inflections in the chorus, and everything fearlessly spotlighted by the mix sonics. The first thing that struck me timbrally was an emphasis in the vocal’s 9kHz region, which really helps bring it out front. That frequency isn’t that common a choice for vocal boosts, in my experience, with most engineers opting to pump the 3-4 kHz aggression or 12-15 kHz ‘air’ band instead, where you’re slightly less likely to trigger excess sibilance or general harshness. In this instance, though, it’s an inspired choice, throwing the ragged edges of Adele’s voice character into stark relief. It wouldn’t surprise me, though, if there were some kind of automated EQ going on here, to maintain audibility through the sudden dramatic switches to head voice — for example on “to tell you I’m sorry” in each chorus. The thing with head voice is that it never really generates as much mid-range as chest-voice belting, so unless you enhance the head voice’s mid-range artificially it always struggles to project itself well enough through the mix by comparison, even with the help of fairly drastic fader rides.

But it’s not just the vocal EQ that’s responsible for the clarity of Adele’s transmission here, because the spectral dullness of the backing texture effectively clears the decks for her in the upper spectral octave. Part of this is simply a question of the piano arrangement, which retains a fairly soft playing intensity and low registration to keep it well out of the way of the vocal’s upper frequencies — but crucially without recourse to EQ, which would have made the instrument (and the production as a whole) sound simply dull during the solo-piano introduction. But the spectral contour is so stark in this case, especially during the first half of the song, that I suspect there’s a good deal of strategic low-pass filtering going on too. Indeed, one of the more intriguing processing manoeuvres in this particular mix is the gradual brightening of the backbeat snare drum, starting very dull with the second verse at 2:02, then opening out a touch for the change of snare sound at the second verse (2:39) and slowly revealing more mid-range ‘boosh’ by the beginning of the middle section (3:27), until we finally get our first real sense of snare wires during the fill into the final choruses.

Mind you, the vocal tuning feels like a shot in the foot. My general gripe is that the choruses have been so scale-nailed that she honestly starts sounding like she’s ripping off Rihanna! This restricts the emotional range of the choruses unpardonably, creating a situation where they’re outshone by the verses — rarely a great look in pop-production terms! But for me the biggest over-correction crime is during the second verse, where the hideously artificial-sounding pitch warbles on “so typical of me to talk about” fractures the illusion of authenticity and sincerity that the song has so far conjured up — an illusion that’s a cornerstone of Adele’s appeal. She’s already a star — you really don’t have to polish that hard. Mike Senior 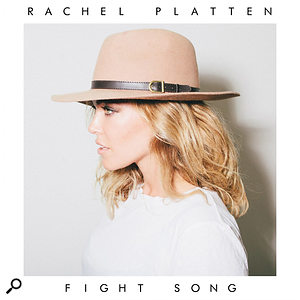 This song definitely has a retro ‘turn-of-the-millennium’ feel to it. The wistful straight-to-DVD piano which kicks things off, the super-squished breathiness and skin-tight layering of the lead vocal, the ‘dum-dum-tschak ba-du-ba-dum-tschak’ beat, the Taiko drop-chorus breakdown, the whiff of ‘Bittersweet Symphony’ in the string riff, the double-tracked strummed-acoustic outro, final super-dry a capella vocal phrase... it’s all there! Not that I’m complaining, though, because it delivers all these chestnuts with such unreconstructed enthusiasm and conviction that it’s hard not to get swept along in the nostalgia. And for students of pop arrangement, this blizzard of stock devices makes a fantastic case study, with its assuredly slick handling of build-ups and contrasts from moment to moment, between structural sections, and across the whole song.

Zooming in a little, the degree of variety in the snare/backbeat part is pretty remarkable. At the most basic level, it helps demarcate different song boundaries, most obviously with the layered super-boosh of the chorus. But it also draws attention to the word “believes” in each chorus, first by nixing the clap layer for one beat (chorus one), then by switching to a more extended claps pattern (chorus two), and finally by cutting out completely so that the third chorus’s Taiko battery can carry us down into the outro. Beyond that, it generates plenty of ancillary ear-candy too, simply by dropping out (eg. during the pre-chorus fills and the first “a lot of fight left in me”) and changing timbre (eg. three markedly different sounds in as many beats at 1:06). Sure, this arrangement may contain its fair share of cheese, but at least it’s craft cheese. Mike Senior

Even by contemporary standards, this classic production is still tremendously spiky-sounding, and has even less low end than I’d remembered — somehow it manages to suggest bass power without actually putting much LF energy in there. The gaps between the riffs are also chock-full of extraneous noises and resonances (check out the one at 0:06, for instance), a fitting complement to the chaotic energy of the guitar riff, and indeed the song as a whole. In my opinion, project-studio engineers (myself included!) often obsess too much on removing such apparent detritus, and end up throwing the baby out with the bath water. Yes, it sounds cleaner, but it also stops sounding like a genuine musical event in the way it does here. 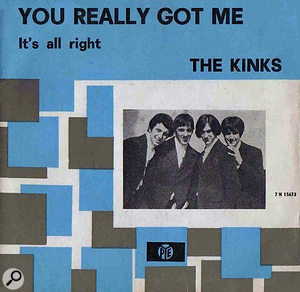 By the same token, the lead vocal rushes quite badly at times (for example, “so I can’t sleep at night” at 0:32), and would probably have been sliced to ribbons in any mainstream production these days. But that would have been to lose its palpable excitement — the sense that Ray Davies is too impatient to tell us about his insomnia to wait for the rest of the band! Anyone who reads my Mix Rescue articles will know I’m hardly some kind of ‘it all went downhill after the wax cylinder’ reactionary, but this song does challenge every one of us to question whether we’re spending hours editing audio regions, tweaking plug-ins and drawing automation because we should — or simply because we can. Mike Senior